With the teams all now on their mid-term breaks, it's time to look at their first half performances and hand out their grades. Let's take a look at Alpine! 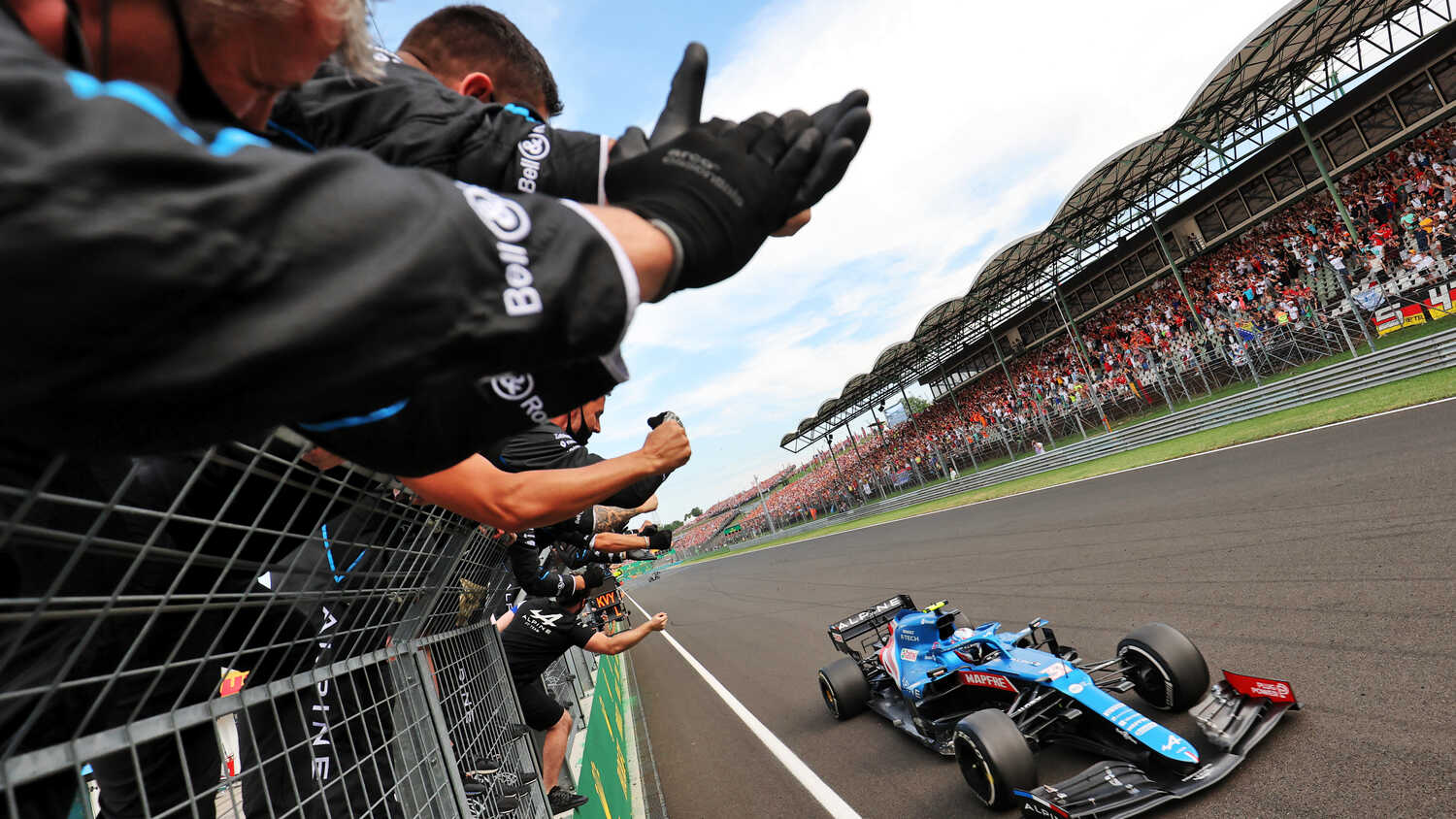 Considering the context of the Hungarian Grand Prix victory last weekend, it seems a little harsh to be critical of Alpine's 2021. But, looking at the broader picture of the season so far, the Alpine A521 probably represents the biggest fall in performance from 2020 of all the teams.

While Aston Martin also took a notable step back this season, this was largely down to their car design following a high-rake philosophy that both they and Mercedes obviously struggled with earlier in the season. Alpine, by contrast, didn't have such troubles with their low-rake design, but still fell down the order this season.

Given how well Renault did in mid to late 2020, this season has had some head scratching moments as it's been difficult to gauge just how quick the A521 really is as there has been flashes of speed, particularly on single lap pace.

Similarly, it's quite difficult to gauge how good the Renault engine, given that there are no customer teams to compare against.

Reliability has been good throughout the first half of the season, with the only frustrations being a debris-related brake problem for Alonso in Bahrain and a turbo failure for Ocon in Baku.

Ocon's strong early season form netted him some good points finishes as Fernando Alonso found his feet after returning to F1 after two years on the sidelines. Upon signing a new contract with Alpine ahead of France, Ocon's form promptly vanished, while Alonso suddenly came on form to start showing the old Fernando was still present.

Giving Ocon a new chassis has seen both sides of the garage come on strong and wrap up the first half with an excellently executed 1-4 in Budapest, making the most of the opportunities that came their way.

Admitting that they don't feel they've taken a step forward, the rest of 2021 is likely to be more of the same from Alpine. Having finished last season in fifth, repeating that feat in the final year of the current regulations looks to be their most realistic target.

Grade: C+ - While there's nothing in particular wrong with Alpine's 2021, it feels like a year of treading water for the French manufacturer. They failed to make any significant gains over winter and appeared to take a step back relative to many despite the stable regulations.

High point: There's the very obvious moment in Hungary, with the team scoring a 1-4 finish.

While clearly not even the quickest car from those that survived the first lap chaos, Ocon managed the pressure from behind with aplomb and didn't put a wheel wrong en route to first place.

But he couldn't have done it without Alonso's wily defence against Lewis Hamilton in the closing stages. The Spaniard frustrated Hamilton to the point of making the reigning Champion lose his cool on the radio, and delayed him enough to make sure Ocon could hold on. A great, and opportunistic, day for Alpine.

Low point: Bahrain. The season opener saw Alpine 'scare themselves' as they were particularly uncompetitive in the hot conditions in Bahrain. A rusty Alonso remained mired in the midfield throughout until a brake issue brought about by some debris, while Ocon was knocked out in Q1 and was outside the top ten when he was hit by Sebastian Vettel.

Alpine have scored at least a point in every single race since, with Bahrain being their only scoreless weekend. 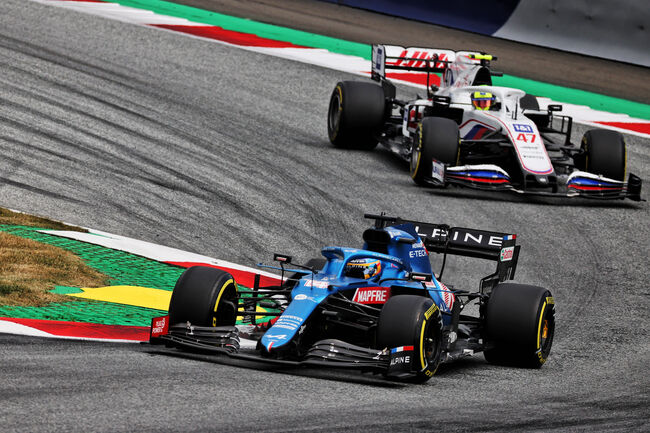 As a French driver with a French team and a newly extended contract that sees him involved in their medium-term future, it's all on Esteban's young shoulders to handle the pressure of representing France's F1 interests or, if he fails, watch as Fernando Alonso reaps the rewards.

Alonso's historic exploits with the team, coupled with his experience and his seniority, mean it would be very easy for him to jump past Ocon in the pecking order if Esteban showed any signs of weakness. Indeed, it briefly looked like it might happen as Ocon struggled for form in France and Austria.

But the chassis change for Silverstone, whether it be a genuine fix or simply enabling a mental reset for Ocon, has re-ignited his season.

Having been forced onto the sidelines in 2019, and with no doors being opened by his Mercedes backing, Ocon's rise throughout 2020 and 2021 hasn't been aided by having easy teammates, and he goes into the summer break with one of the biggest smiles of all.

Esteban has been a star performer throughout most of the first half of the season, and is coping well with the pressure of having Alonso for a teammate.

The only real question mark is over the issues that resulted in his chassis change. If there were genuine problems with the chassis, why haven't Alpine acknowledged it? And if there wasn't, why did Ocon struggle for a few races?

Fernando Alonso: Calmer, wiser, and as dangerous as ever

It's hard to imagine the Fernando Alonso of a decade or so ago being as much of a team player as he showed in Hungary. Knowing that his young teammate was about to win all the plaudits and score the first victory for Alpine, it would have been very easy to 'lock up' a bit earlier and let his old foe Lewis Hamilton through to ruin Ocon's day and still netted the same finishing position for himself.

But Alonso gave it everything, knowing that every lap he held Hamilton back gave Ocon a bigger and bigger buffer at the front. It was an immense, inch perfect display from a man who has re-acclimatised well to Formula 1 after two years off.

Those two years, including a stint in the World Endurance Championship with Toyota, appear to have mellowed Alonso as a person. In WEC, drivers can't be a lone wolf character, like Alonso has been for most of his career. It could all be an act, of course, or at least be a biding of time, and the Alonso of old could come screaming back if the 2022 car proves competitive..

There's been surprisingly few complaints from Fernando given the relatively uncompetitive machinery he's been given, although he has admitted that this season is all about finding his feet again. That he's done, and Hungary was his strongest showing yet.

Fernando has returned to F1 with virtually no diminishing of his powers. Watch your back Esteban, because this Spaniard knows how to pounce when the timing's right.