Ricciardo won't point to chassis as reason for struggles: I trust the team

McLaren's Daniel Ricciardo has said he won't 'create headlines' by revealing when he and Lando Norris swapped chassis during the first half of the season. 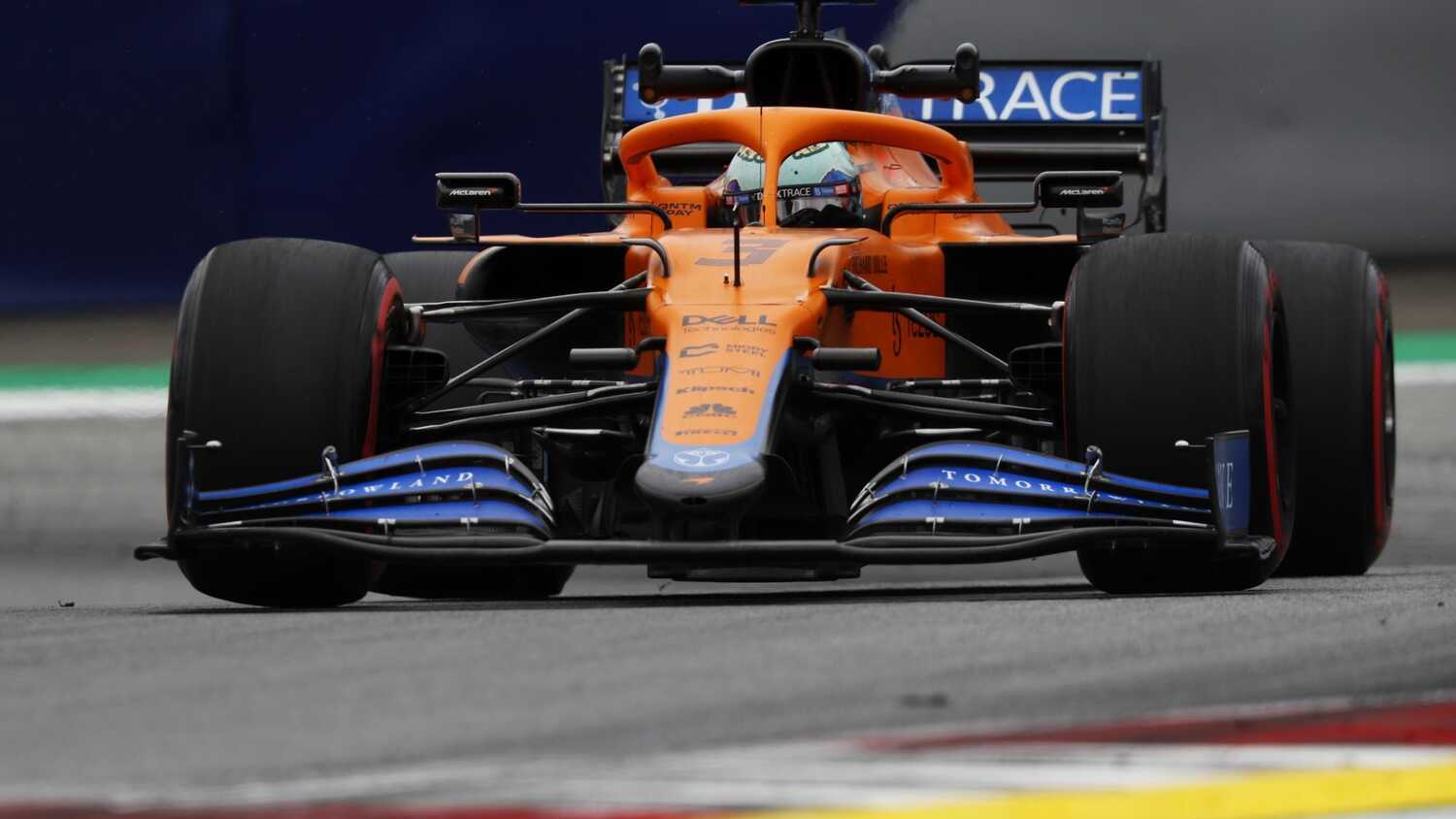 Daniel Ricciardo has said he isn't looking for excuses for his comparatively poor performances alongside McLaren team-mate Lando Norris, and revealed that the squad have already swapped their chassis around over the course of the first half of the season.

An undiscovered chassis problem, perhaps caused by flex or damage from a crash, can lead to bewildering performance gaps between teammates on occasion, with Alpine opting to change Esteban Ocon's chassis a few weeks ago, a move that seemed to help the French driver rediscover his early-season pace.

But conversely, a chassis change might not alter anything, as Mercedes discovered in France when Lewis Hamilton and Valtteri Bottas swapped.

"I think we've done one swap this year, or like one change," Ricciardo told media, including RacingNews365.com, when asked about the possibility of a chassis change.

"I don't want to say when it was because it'll create headlines! I think I know when we swapped! Maybe then for the second half the season, we could, just for peace of mind, swap again!"

Joking that he was 'laughing through the pain', Ricciardo explained that he has no doubts in McLaren's ability to ensure the chassis are equal for both sides of the garage.

"It's all good. I mean, I obviously put my trust in the team to check everything over," he said.

"And I think, when the season's not going great, I don't want to be like, 'Oh, change this, change that', and turn everything upside down.

"I think they're doing the analysis and if they feel the need to change chassis or something, then I obviously trust that they'll do it. But yeah, I don't want to just throw everything at it and come across as making excuses or anything like that. They do their due diligence."

McLaren's Racing Director, Andreas Seidl, echoed his driver's thoughts, explaining the chassis swap and the removal of that as a variable between Ricciardo and Norris' performances.

"Unfortunately, the story of the chassis doesn't work for you guys [journalists]!" he said.

"Now, as part of our normal programme, how we use our parts, there is a scheduled rotation of monocoques as well.

"On Daniel's side, we've already changed two times this year. But again, there's nothing on the monocoque side. We clearly see what the issues are that Daniel is describing, that has nothing to do with parts and so on, it has to do with characteristics of our car.

"In the end, it's a combination of Daniel still getting used to our car. But, at the same time, he also has a teammate that is in unbelievable form. And that's why we see this gap from time to time."