Ricciardo vows to bounce back from crash: I don't make a trend of those things

Daniel Ricciardo is eager to move on from a frustrating race in Mexico by having a cleaner weekend at the Brazilian GP. 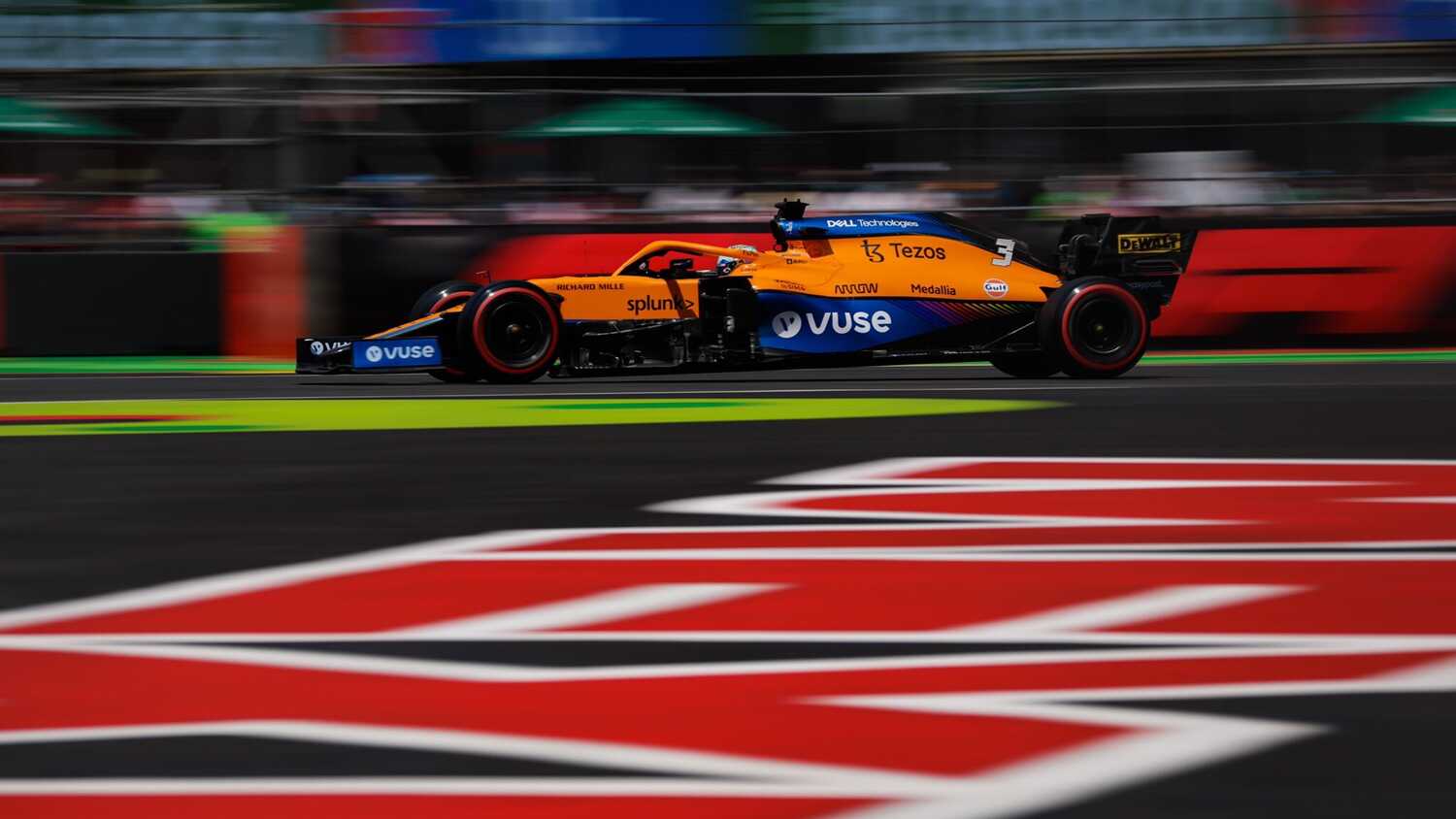 McLaren driver Daniel Ricciardo says he is good at not "making a trend" of incidents as he looks to bounce back from his crash on the opening lap of last weekend's Mexico City Grand Prix.

Ricciardo hit the rear of Valtteri Bottas' car at the first corner of the race, damaging his front wing, which put him at the back of the field.

He initially made a strong start, overtaking Carlos Sainz and Pierre Gasly, but found himself with nowhere else to go when he made contact with Bottas at the apex of the corner.

"Having a good race makes a Sunday evening more enjoyable, for sure," Ricciardo told media, including RacingNews365.com.

"I was still, in a way, obviously upset with myself for not getting through the first sequence of corners in a good position, because I'd actually gained a couple of spots and it was looking like it could have been OK. But then it obviously came undone.

"So [it was] frustrating, whether it's my fault, someone else's, a racing incident, no matter what it is, you still want to have a good race and get good points.

"It happens, it's racing. Fortunately, I don't make a trend of those things. But it's nonetheless still something you want to try and avoid."

No concerns about fight with Ferrari

McLaren scored just one point in Mexico, with Lando Norris finishing in 10th, whilst Ricciardo took the chequered flag in 12th place.

Ferrari's fifth and sixth places moved them 13.5 points clear of McLaren in the Constructors' Championship, with four events reamining.

Despite Ferrari's recent surge, Riccardo is still confident about McLaren's chances to finish third and believes it will go down to the final race in Abu Dhabi.

"It's still doable," said Ricciardo. "We've been in third most of season. Now they [Ferrari] are. So let's see.

"We'll be the hunters and we'll see what happens. I think it's going to go down to the last race.

"I do think we can peg it back and come back in the fights. Obviously, Mexico wasn't great from a points swing, but no concerns, I think we're still very much in it."