Ricciardo on Sainz battle: I'm happy to be dirty every now and then!

Daniel Ricciardo and Carlos Sainz came to blows during the United States Grand Prix as they battled over fifth position. 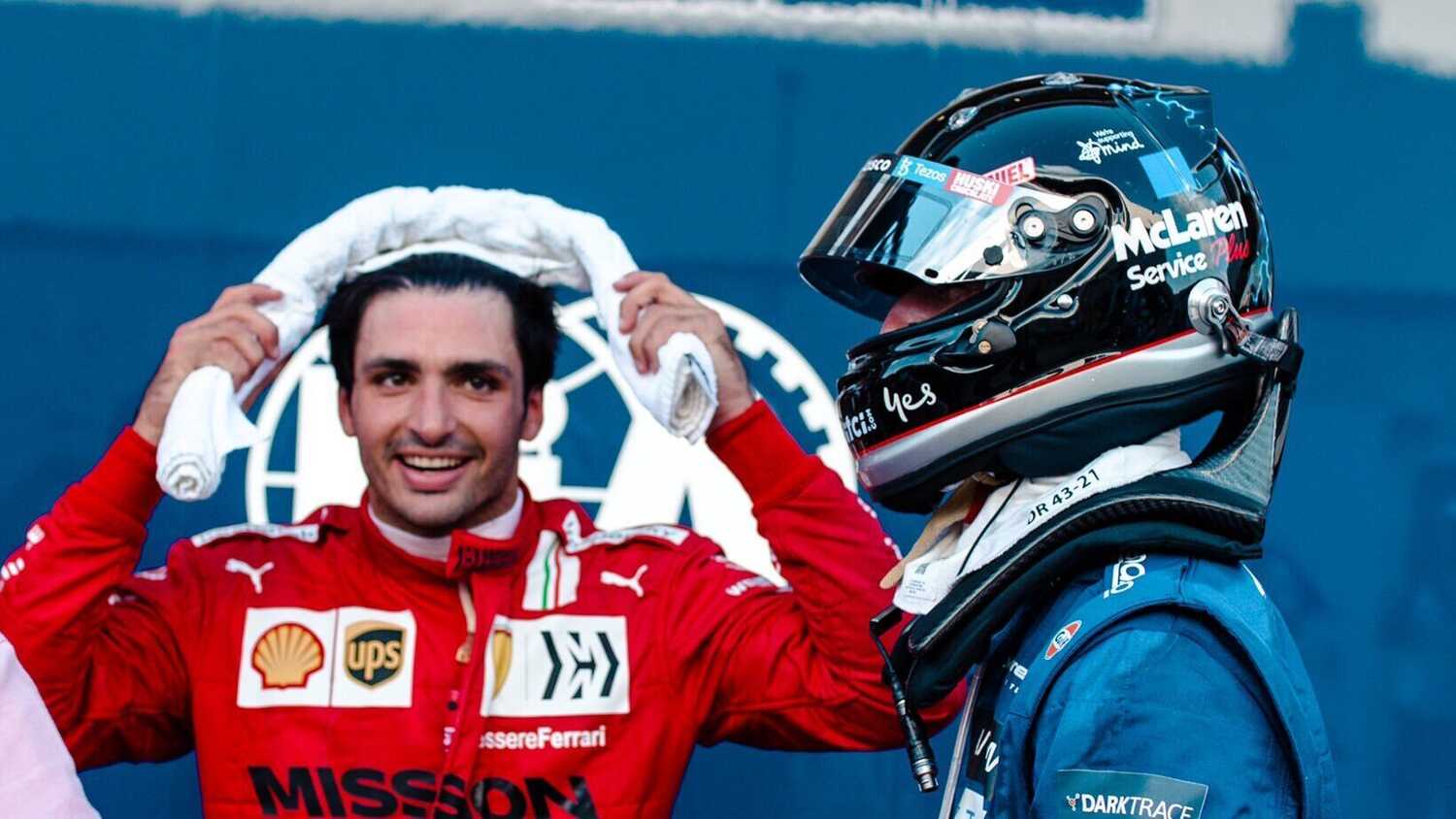 Daniel Ricciardo joked that he was "happy to be dirty" after Carlos Sainz complained about their wheel banging in the United States Grand Prix.

Ricciardo got the jump on Sainz in an intense battle between the McLaren and Ferrari drivers on the opening lap of Sunday's race and the pair ran close together for the majority of the 56-lap encounter.

Sainz attempted a move on Ricciardo around the outside of Turn 14 on Lap 47, but the pair made contact, damaging the Ferrari's front wing and prompting the Spaniard to call the Australian's defence "dirty" over the radio.

Ricciardo held on to take fifth at the chequered flag, behind the lead Ferrari of Charles Leclerc, while Sainz dropped to seventh, between Mercedes' Valtteri Bottas and the other McLaren of Lando Norris.

He then laughed: "I'm happy to be dirty. I'm a nice guy, so being dirty every now and then is alright."

Ricciardo described the battle as "very, very fun" and played down suggestions that the contact was deliberate.

"[I was told] he had some endplate damage, so I guess that was from us touching, unless he took a kerb somewhere, but I think my car was OK," added Ricciardo.

"I mean obviously you don't deliberately try to go into someone, but that's a bit of rubbing racing.

"When you put yourself on the outside you're a little bit more exposed, so nothing was deliberate, but I guess it's the risk that he ran by trying the outside."

Sainz expanded on his radio message post-race, stating that in his view, the contact was "on the limit", though he could understand the rest of Ricciardo's defence.

"Without the touch, he would have done a clean, perfect defending, [it was] just that slight contact that we had [was] maybe a bit on the limit for me," said Sainz.

"But if I was in his position I would have done exactly the same. Obviously, I wouldn't have tried to have contact like we had in the end, but the guy on the inside has the right to run the car on the outside out of road.

"If I explain myself correctly, he was in his right to do what he did, just the little contact that he gave me I think was avoidable, and that's what triggered my reaction on the radio, when we are emotional. But for the rest, it was a good, fun battle."