Red Bull say they're still evaluating ways to find a cockpit for Alex Albon in Formula 1, having re-signed Sergio Perez for 2022. 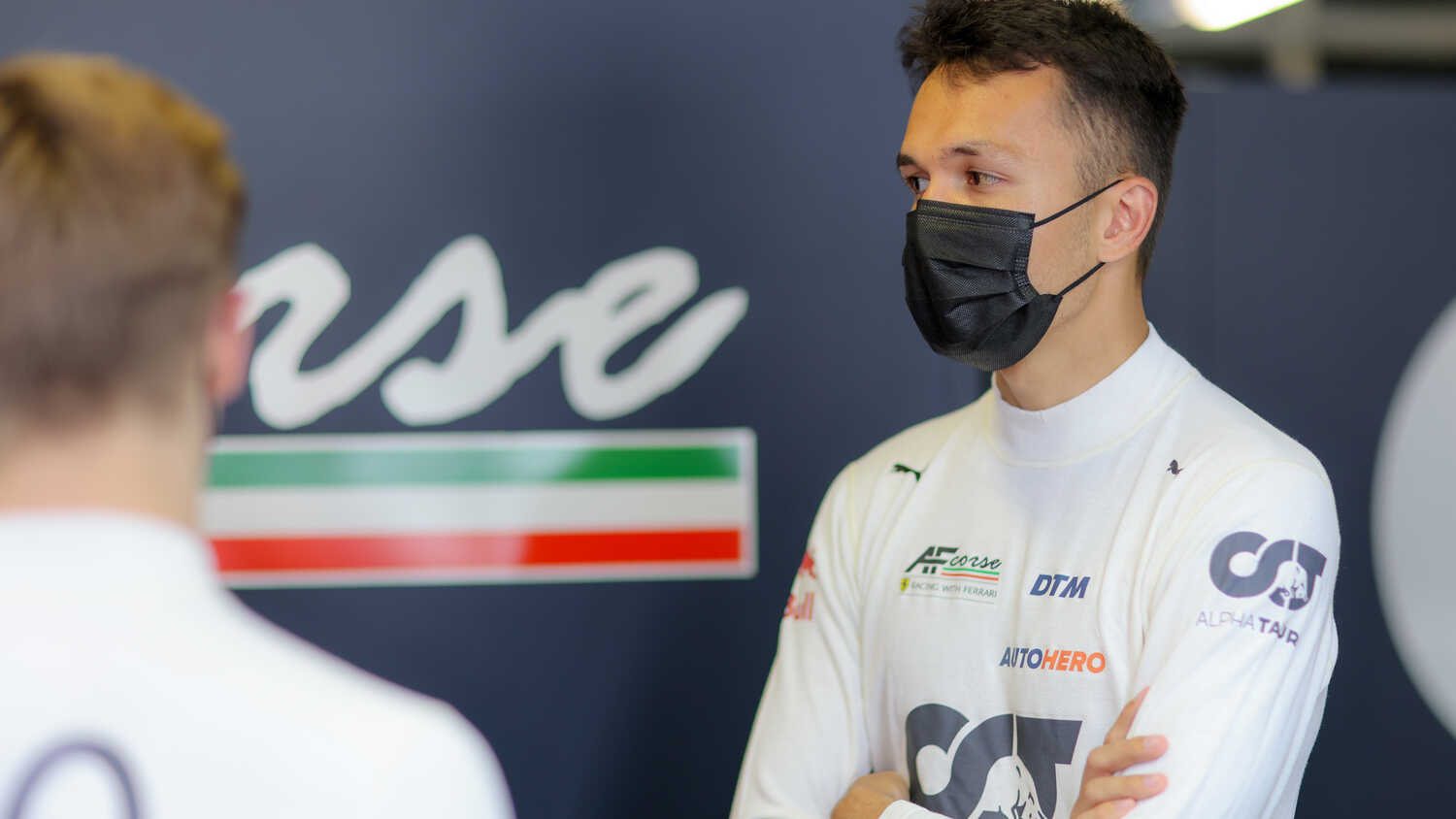 Alex Albon still remains in Red Bull's considerations for 2022, despite no apparent opening for the British-Thai racer at either of their teams.

On Friday, Red Bull confirmed they have re-signed Sergio Perez for next season, having brought in the Mexican driver from outside of their own programme in order to replace the struggling Albon at the senior team.

Despite Perez somewhat struggling himself, his experience and occasionally strong results convinced Red Bull to re-sign him alongside Max Verstappen for 2022. This also likely closes the door on Albon returning to AlphaTauri as well, given the likelihood of them continuing with Pierre Gasly and Yuki Tsunoda for next season.

Albon remains a reserve driver for both Red Bull teams, as well as racing with Red Bull backing in the DTM series, where he became a race winner at the last event.

"He will continue to play that role. We're just looking at, 'Is there any options in Formula 1 for him for next year?', but in the event that he's not in a race seat, he will be performing the same... all that he has done for us this year."

With Albon regularly carrying out simulator and development work during a Grand Prix weekend to help evaluate setup directions for Verstappen and Perez at the racetrack, his work has also included development of the initial findings for the 2022 car as Red Bull work towards building their first car for the new regulations.

"He's doing a huge amount of work on 2022. So he's obviously done all the heavy lifting early on. And he's playing a crucial role in that," Horner explained, continuing to say that he feels it's important to retain Albon for 2022 unless a race seat comes calling.

"Yeah, unless, of course, he has an opportunity to go racing," he added.

"You never know. But he's a capable guy, a quick driver, and he's done a good job in the DTM. [He] won his first race last weekend. And he's an important part of our team."

While Albon's opportunities within Formula 1 still appear limited, he attended the latest round of the IndyCar championship and openly admitted to discussing 2022 with team bosses in the United States.