Kimi Raikkonen has revealed that his race-ending collision with Antonio Giovinazzi led to some teasing from his son.. 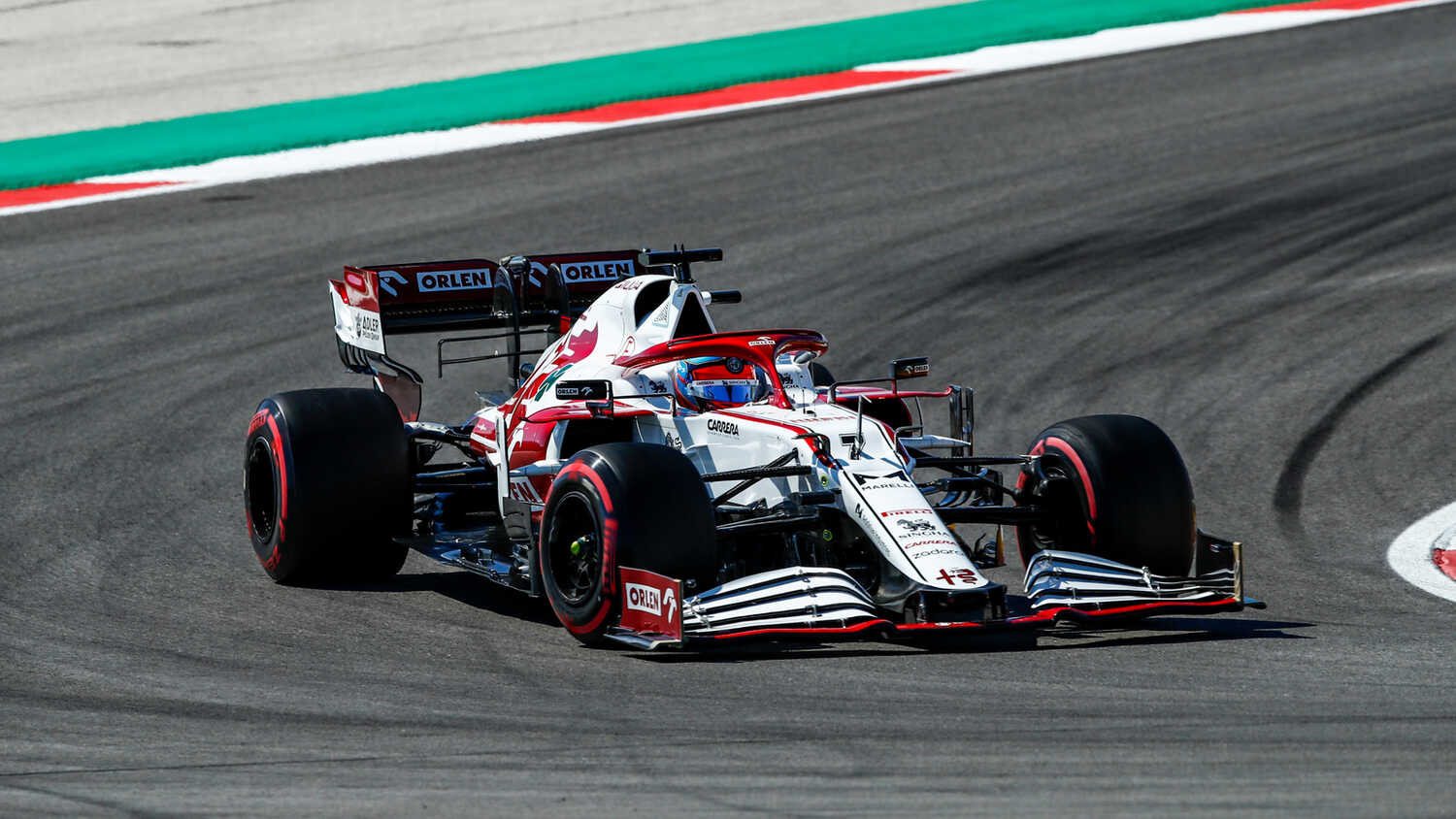 Alfa Romeo's Kimi Raikkonen has revealed that his young son, Robin, has been teasing him over the way he crashed out of the Portugese GP.

Raikkonen was following teammate Antonio Giovinazzi down the main straight at the end of Lap 1 at Portimao, when he collided with the back of the other Alfa Romeo.

Raikkonen's race was over on the spot, due to his front wing getting caught under his left front wheel. He later revealed that he had been changing settings in response to an urgent radio call from his engineer, an excuse that didn't hold much sway with Robin Raikkonen.

"I think the worst thing was my son was telling me that 'you always tell me look forwards' when he's driving a go-kart'," Raikkonen laughed as he explained the incident and revealed he had missed the post-race debrief with Alfa Romeo in his hurry to leave Portimao.

Raikkonen had made a good start to the race, using his soft tyres in a bid to quickly climb the order when he struck Giovinazzi. The Finn said there's no planning involved in trying to make good starts, and that luck does play a part in how events unfold.

"Generally, our starts this year have been very good," Raikkonen said.

"But it depends on so many things . Sometimes the right hand side might be more slippery or more grippy and it depends on the circuit.

"You try to make the right things for the start and then try to pick up the position, whatever you think is the right way in the first corners, but it's you cannot really plan anything.

"You have to try to kind of go where you feel that it's the right timing. And sometimes you win, sometimes you lose, but that's the part of the game."