Sergio Perez's father has revealed that Ferrari driver Charles Leclerc called his son in the aftermath of the Mexico City Grand Prix. 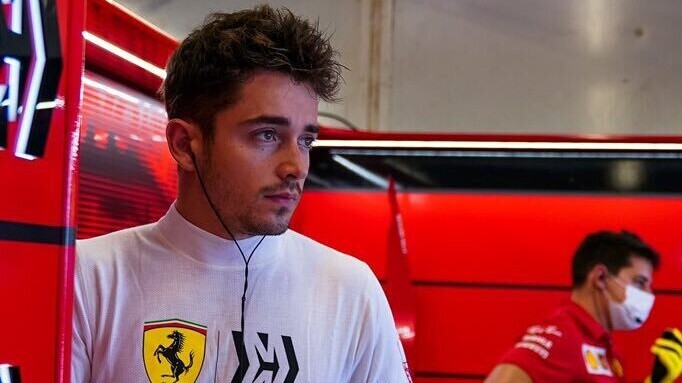 Ferrari's Charles Leclerc made a phone call to the Perez household in the wake of the Mexico City Grand Prix, in order to congratulate Sergio Perez for becoming the first Mexican driver to stand on the podium at his home race.

Perez's podium was met with a rapturous response from the partisan crowd, with scenes of joy in the Foro Sol stadium section of the Autodromo Hermanos Rodriguez as Perez, his son, and his father celebrated with race-winner Max Verstappen and the Red Bull crew.

Perez's father has revealed that Leclerc called up his son after the race, congratulating him and being thrilled for him that his family were so involved in his success.

Perez Garibay revealed to Mexico's Marca Claro: "Checo [Perez] received a call yesterday from Charles Leclerc and [he] said, 'Checo, you don't know how happy it made me to see your parents celebrate like that; tears came to my eyes, I would have loved my father to see me.'"

Leclerc's father, Hervé, passed away in 2017 immediately before Leclerc signed a deal to join the Sauber team in 2018 and make his Formula 1 debut.

"I did not know that Charles's father had passed away and that Charles had spoken to Checo," the senior Perez said.

Perez Garibay said that he was immensely proud to see his son take to the podium in Mexico, and was even more thrilled that his grandchild, Sergio's son, was able to see a momentous occasion like that in person.

"I feel very proud, you need to be a father, but you have to see the podium and see Chequito, Checo's son, who was extremely proud of his father," he said.

"I understand that many people will see things a little negatively but I am happy for all my people, because my country moves forward at the same time."

With Perez scoring his third podium in a row after third places in Turkey and the United States, his father believes that 2022 will only see an ever more competitive 'Checo'.

"The best of Perez is yet to come," he said.

"Checo is still not one hundred percent in this car. One important thing to remember: Max is five years ahead of him and Hamilton has five years advantage sitting in his car.

"For Checo, it is his first year sitting in this car, but this season is [almost] over and this car will no longer exist, because there is new regulations and a new car, so the three of them and all the other drivers – they're going to start over."