Sergio Perez's defensive driving in Abu Dhabi has been criticised by a racing veteran. 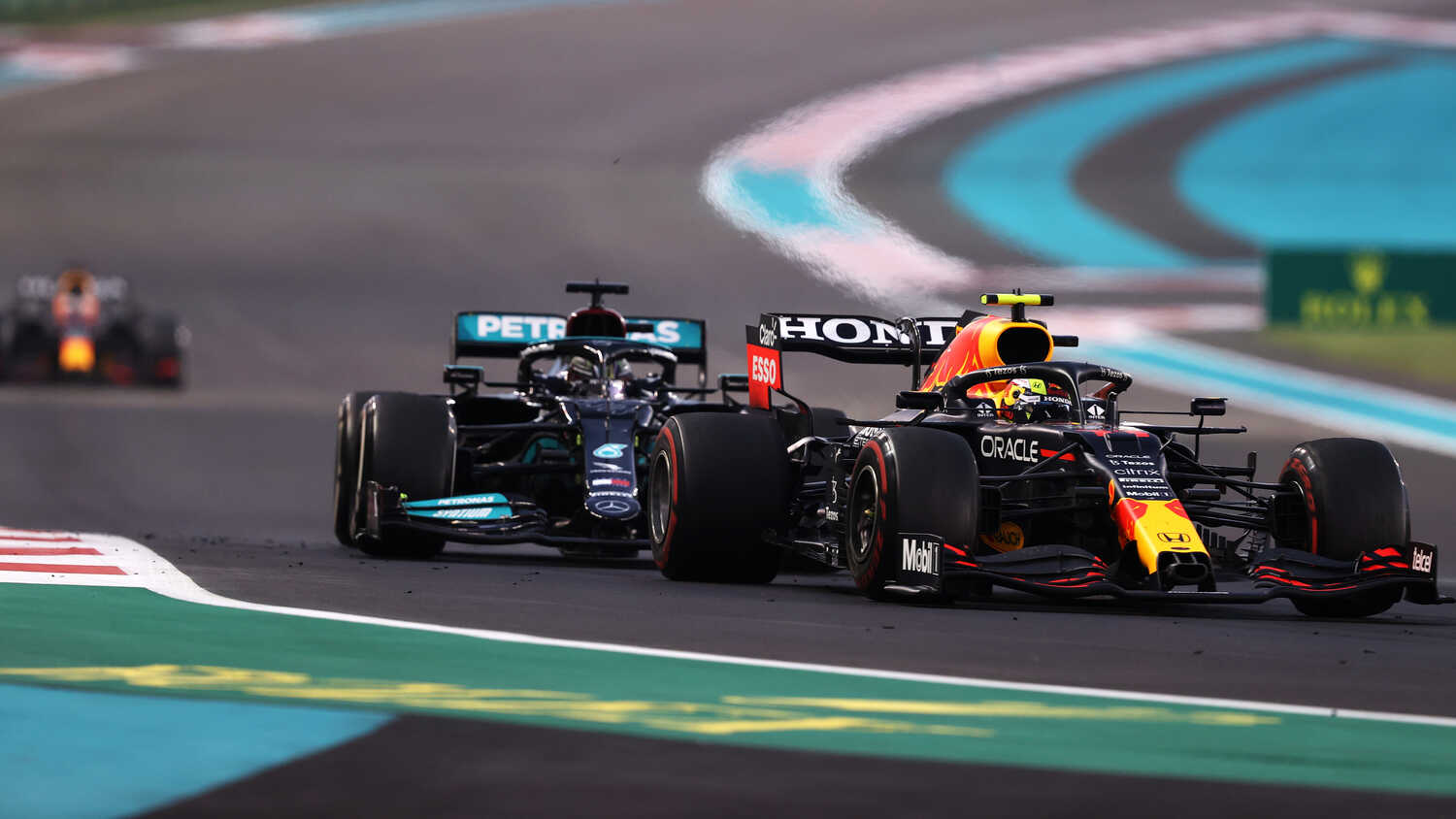 Sergio Perez's driving in Abu Dhabi has come in for some criticism by a racing veteran, as Sebastien Bourdais slammed it as "unsporting".

Perez played the ultimate team game at the Yas Marina Circuit as he held up Lewis Hamilton by more than six seconds in an attempt to help Max Verstappen catch up as the Dutchman chased his maiden championship title.

With Hamilton comfortably leading, Perez fought as hard as he could to stay in front of Hamilton, having been left out on track after the Mercedes driver pitted. This included Perez being passed down the back straight, only for the Mexican to use his battery power deployment to clear Hamilton down the next straight.

The time loss Hamilton suffered prompted Verstappen to exclaim, "Checo is a legend!" as Perez pulled over to let him by, with his Race Engineer replying, "Absolute animal!"

With Verstappen able to remain within Hamilton's pit window as a result of Perez's interference, Mercedes could not pit Hamilton under the Safety Car when it was deployed to cover Nicholas Latifi's crash - a pivotal moment as Red Bull rolled the dice with Verstappen, a move that won them the title.

"How can Perez be happy with himself?

But Bourdais, a four-time Champ Car champion, said he thought the driving was anything but fair.

"I thought you loved racing, that was BS!" Bourdais tweeted in response to F1's Will Buxton praising Perez's defence.

"I can't begin to understand how Perez can be happy with himself and how people applaud him for what he did.

"Purposely slowing down and using every dirty trick to impede Hamilton. Zero sportsmanship, from the whole team really."

Bourdais is a former F1 driver and was employed by Red Bull to drive for Toro Rosso in 2008 and 2009. He was dropped midway through 2009 in favour of Jaime Alguersuari.

Doubling down on his view, Bourdais argued with other commenters and replies to the tweet, saying: "They completely sacrificed Perez's race to put him in that position.

"Losing purposely seconds per lap to impede, look again... He wasn't trying to stay ahead, but only slowing Lewis as much time as possible."