Perez regrets pitting again: We had a podium in our pocket

Sergio Perez feels that he missed out on a podium finish in Qatar after getting caught between two strategies. 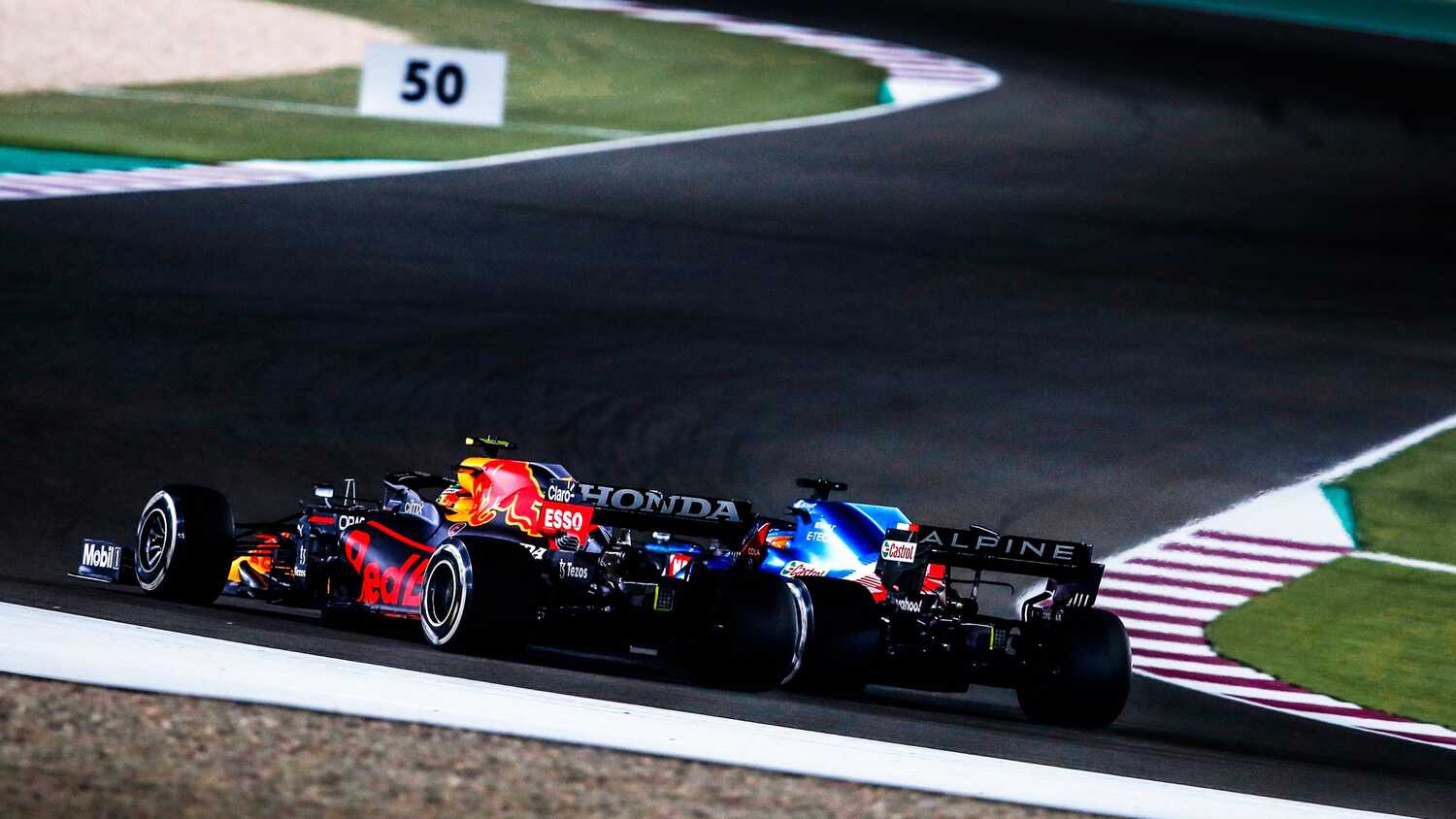 Sergio Perez was left to rue what might have been after the Qatar Grand Prix as a podium finish slipped through his fingers.

Having been knocked out in the second phase of qualifying, Perez spent the early stages of the race recovering from 11th position to run inside the top three, behind leaders Lewis Hamilton and Max Verstappen.

Perez admitted that Red Bull were weighing up whether to commit to a one- or two-stop strategy throughout the race, before eventually deciding to pit for a second time, amid punctures for rival drivers.

It meant Perez had to overtake many of his rivals once again and, despite his best efforts, he had to settle for fourth at the chequered flag.

"We were actually changing throughout the race," Perez told Sky Sports.

"At some point we were going for one-stop, then two, then one. I think it wasn't very clear either for us. [But] I think it was understandable from a pit wall point of view that we had to play it safe there."

"We had a podium in our pocket"

Perez rejoined in seventh position after his second stop and was heard over the team radio questioning the team's strategy.

At the same time, the one-stopping Fernando Alonso sent a message to the Alpine pit wall asking teammate Esteban Ocon to "defend like a lion" when Perez approached, in a bid to protect his podium spot.

Ocon could do little to hold Perez back and the Mexican rapidly closed on Alonso in the final few laps, only for a late Virtual Safety Car to hamper his recovery and limit him to fourth.

"I think we had the podium pretty much in the pocket," said Perez.

"I think the Virtual Safety Car... I don't know if that would have been enough to prevent us from getting Fernando at the end, but it's a bit of a shame.

"We managed to minimise a bit the damage, but I think we should have been on the podium."