Sergio Perez has revealed that Red Bull fitted his car with the rear wing originally used by Max Verstappen ahead of qualifying in Mexico, after the Dutchman encountered issues. 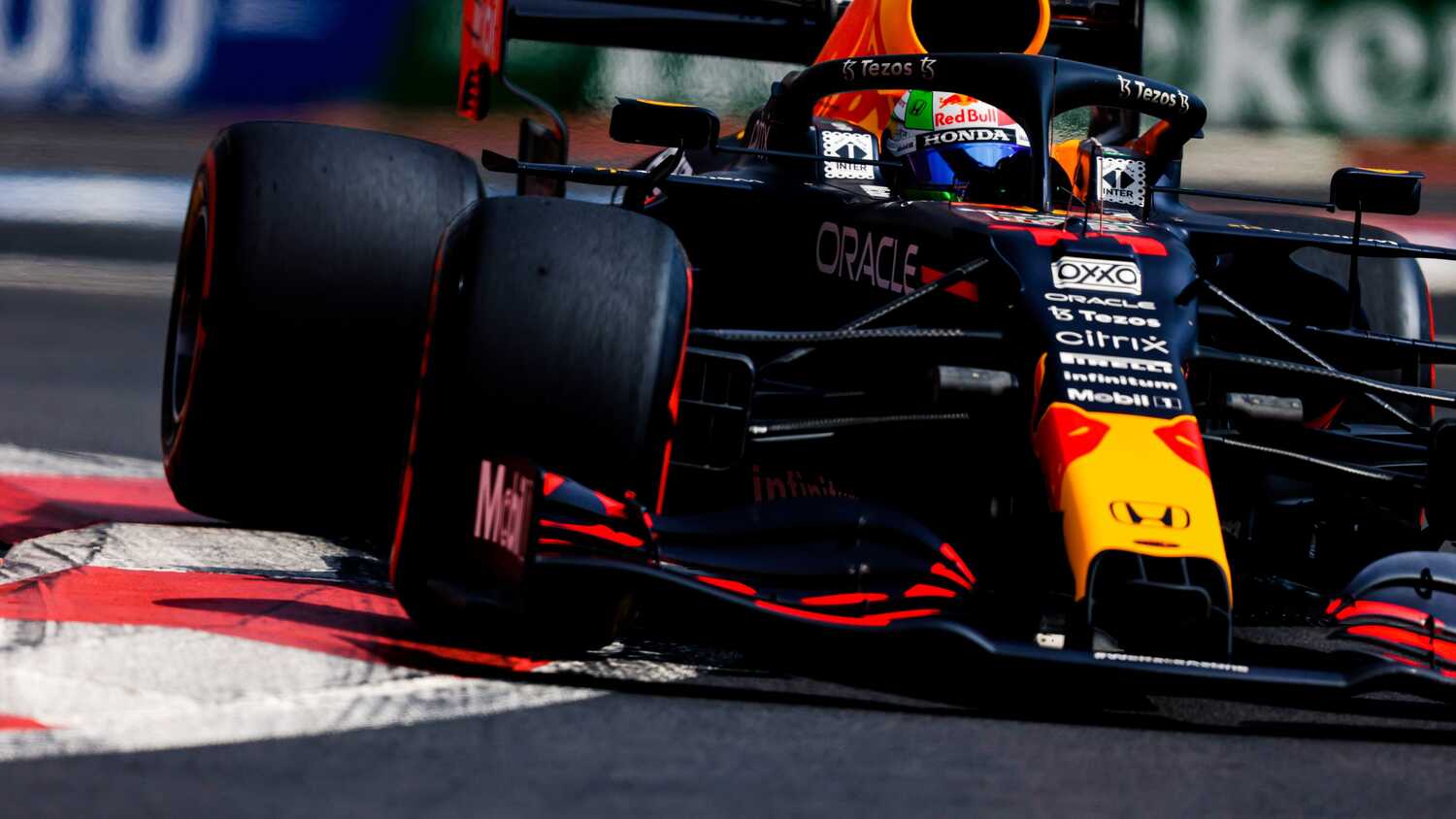 Sergio Perez has revealed that his car was fitted with the rear wing that had previously been used by teammate Max Verstappen in the build-up to qualifying for the Mexican Grand Prix, after the Dutch driver complained of issues.

Perez had topped the times in third practice ahead of Verstappen, with the championship leader encountering an issue with his rear wing.

Red Bull mechanics could be seen reinforcing the rear wings on both cars ahead of the qualifying session, where Perez and Verstappen seemed to lose their way and fell short of the pace set by Mercedes.

"The car was simply not the same as in the third practice," Perez explained to Motorsport Spain.

"This came after we had to replace the rear wing. Max had a problem with his wing in third practice and they gave that wing to me."

"Car wasn't the same as before"

Having had the measure of Verstappen in third practice, Perez wound up in fourth place, behind Verstappen and both Mercedes drivers, at the end of Q3.

He revealed that the car simply didn't handle as well as it had originally.

"I don't know, from the first qualifying round the car was simply not the same as before," he said.

During qualifying, Red Bull could be seen working on the rear wings of both Perez and Verstappen, including adding tape to the flaps.

Asked about whether this could have slowed the team, and why the work was being done, team boss Christian Horner explained they had wanted a little bit of extra reinforcement on the rear wing, downplaying the effect on performance.

"We saw something in FP3 that we just wanted to add a bit of protection into those rear wings," he explained to Sky Sports F1.

"It was more precautionary than anything else, so nothing that would affect the performance.

"We were just concerned with a bit of fatigue that we've seen. Nothing serious, but we just wanted to take no risk on it."