Perez not 'fully comfortable' with his Red Bull around Zandvoort

Red flags and a lack of confidence hampered Sergio Perez during Friday practice for the Dutch Grand Prix. 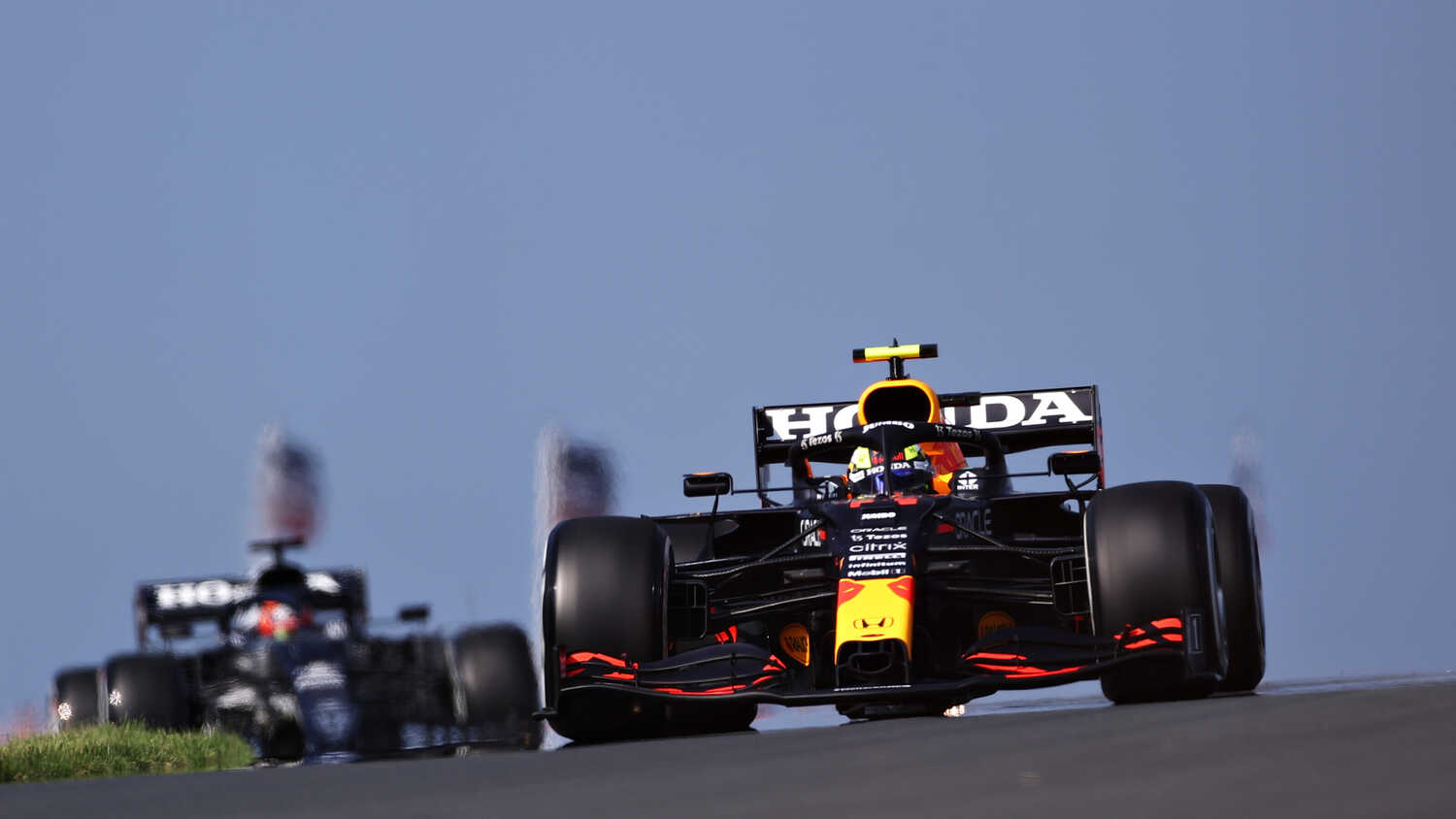 Sergio Perez admits he wasn't fully dialled in with his Red Bull at Zandvoort on Friday after posting only the 12th fastest time in second practice, noting that the red flags prevented him from getting into rhythm.

Lewis Hamilton brought out the first red flag early in FP2 after stopping his Mercedes on track, while Nikita Mazepin's spin into the gravel caused the second. Earlier in the day, FP1 was red-flagged for around half an hour due to Sebastian Vettel's engine failure.

Perez knows he has to build up his confidence, having never driven at Zandvoort before, though the Mexican was excited by the old-school feel of the circuit.

"It was awesome to get out there and drive this old-school circuit," Perez stated after FP2. "It's very different to the other tracks we go to and with so many consecutive right-hand corners it's a pretty unique and physical challenge.

"I've never driven here before so it's completely new and with so many red flags it was difficult to get into a rhythm.

"You really need the confidence going into the session to trust the car in order to push it and I wasn't quite there or fully comfortable so there are a couple of things on my side that we need to look at and make some decisions on in order to get the most out of the package."

F1 is back in the Netherlands for the first time since 1985 and there was ample support for Red Bull in the stands, which Perez picked up on while driving his car.

"It's amazing to see so many fans enjoying themselves and cheering in the grandstands, so I expect the energy around the track to only get better and better over the weekend," Perez concluded.