Perez aims to put pressure on Mercedes after Q3 mishap

Sergio Perez was unable to complete his final lap in qualifying for the Hungarian Grand Prix after not making the line in time. Amid accusations from some that this was caused by gamemanship by Mercedes, Perez is determined to fight back in the race. 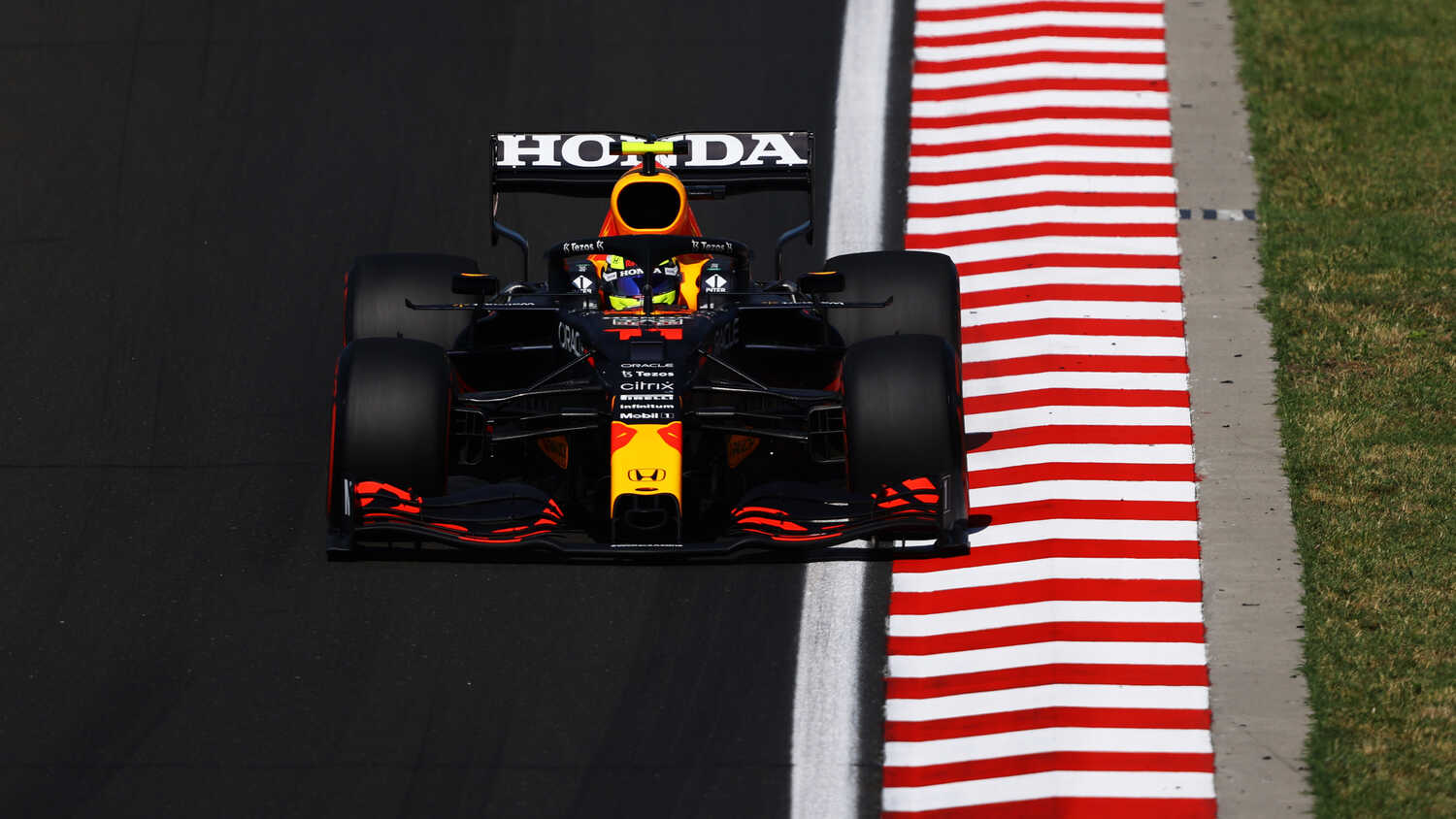 Sergio Perez hopes to put pressure on Mercedes during the Hungarian Grand Prix after being unable to complete his final lap in qualifying.

As the drivers came out on track for their final runs, Lewis Hamilton emerged ahead of the Red Bulls of Max Verstappen and Perez, and seemed to be going at a very slow pace. With the outlap being slow, Perez did not make it past the line ahead of the chequered flag and so was not able to do another flying lap.

Red Bull team principal Christian Horner later called this "gamesmanship" from Mercedes. Perez eventually qualified in fourth, alongside Verstappen in third whilst Hamilton and Valtteri Bottas will start from the front row. The Mexican was left disappointed about not getting a final lap in but is aiming to make up for this in the race.

"At the time we thought that we had plenty of margin to go through," Perez told Sky Sports F1. "Unfortunately that wasn't the case, and that meant that I basically lost my final attempt.

"I think I had a good amount of time left in the car. We did some adjustments, and here is a place where, if you get one corner right, [there's] just plenty of lap time because there's so many corners.

"It's a big shame. At the end we have a good starting position for tomorrow. We knew Mercedes were going to be very strong, so I really hope tomorrow we are able to put a lot of pressure onto them."

Despite his disappointment over the final lap, Perez is not convinced that he could have achieved pole even if he had gotten out on the track ahead of the Silver Arrows.

"Who knows? I don't think so. I think they were very, very strong today, but I think certainly there was a bit more pace in the car," the 31-year-old explained.