Perez aiming to clear Norris and be aggressive in Styrian GP

Sergio Perez will start the Styrian Grand Prix from fourth place, with McLaren's Lando Norris just ahead in third. The Mexican wants to make sure he can get ahead to battle with the leaders. 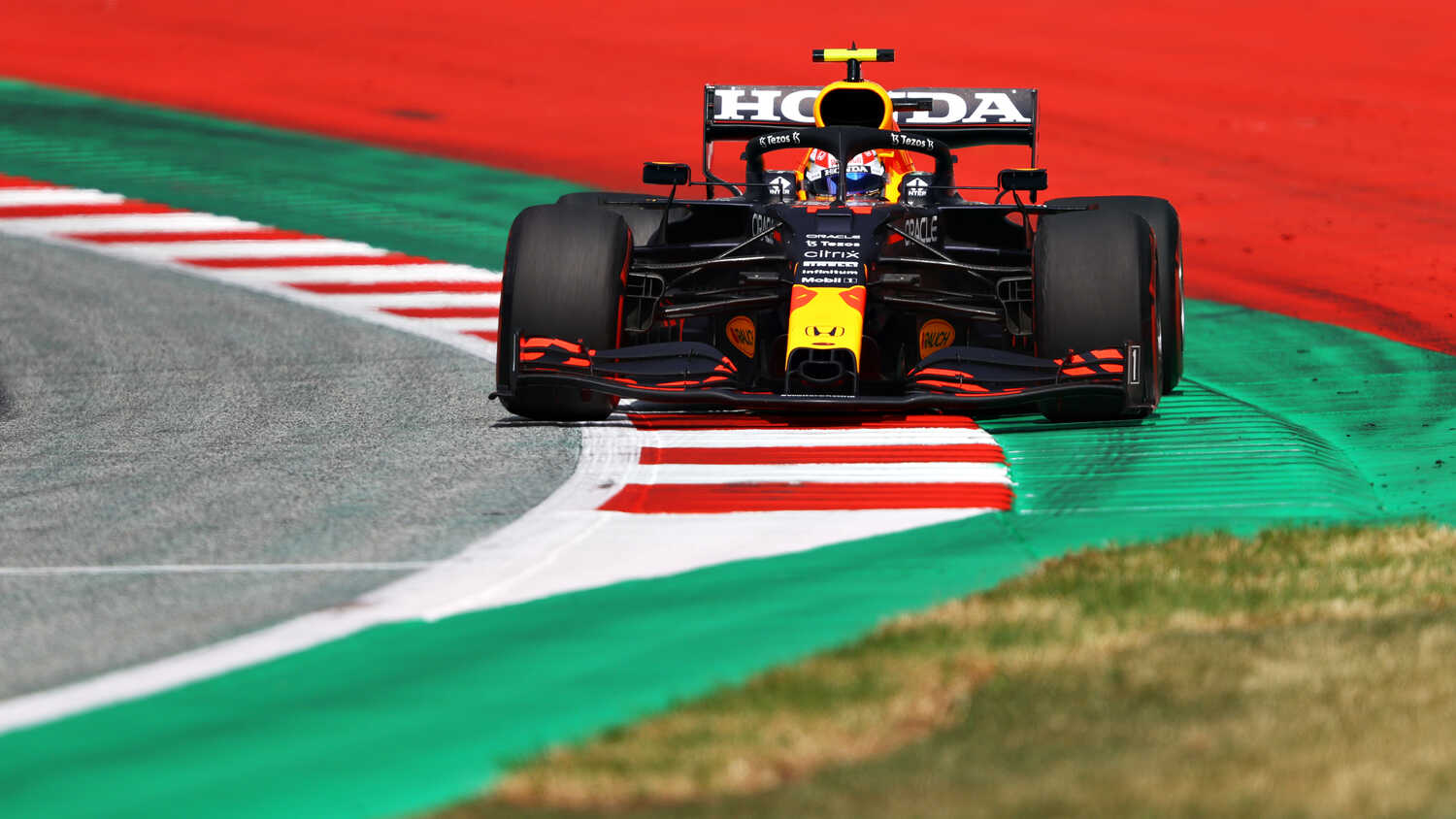 Sergio Perez is aiming to clear Lando Norris as soon as possible in the Styrian Grand Prix and knows he might have to adapt an aggressive approach in order to battle at the front.

The Mexican qualified in fifth position, though will be promoted up into fourth due to second-placed Valtteri Bottas' three-place grid penalty. Norris put in an impressive performance to take fourth, meaning that Perez will be starting behind him.

In order to keep in touch with Max Verstappen and Lewis Hamilton - who start on the front row - Perez is willing to fight.

"The aim is to clear Lando as soon as possible," Perez told RacingNews365.com and other select media. "To make sure we are in the race with the leaders soon enough.

"So that's the main target and make the most out of our strategy, so I'll be as aggressive as needed to just get my track position where I need to be."

With Norris' pace - as well as that of cars nearby, such as Pierre Gasly in the AlphaTauri - Perez is aware of how tight the battle was during qualifying.

"Obviously Lando did a great lap but also the people around, the midfield teams were so close today," the Red Bull driver said. "The AlphaTauris, the Ferraris, the gaps were extremely tight all the way through qualifying. It just shows how close it is.

"If you take a tenth out of my lap time, all of a sudden I'm P2, so the margins are extremely tight around this place, and it will only get tighter on the second weekend [of the back-to-back races].

"When you're on the backfoot with a set of tyres, that we lost in Q1 due to poor balance, then we compromised quite a bit our qualifying. I think today we had a lot more in hand. The pace was there today to do quite a lot better."