The McLaren driver says he benefitted from George Russell's actions during qualifying for the Russian Grand Prix, which helped him to pole position. 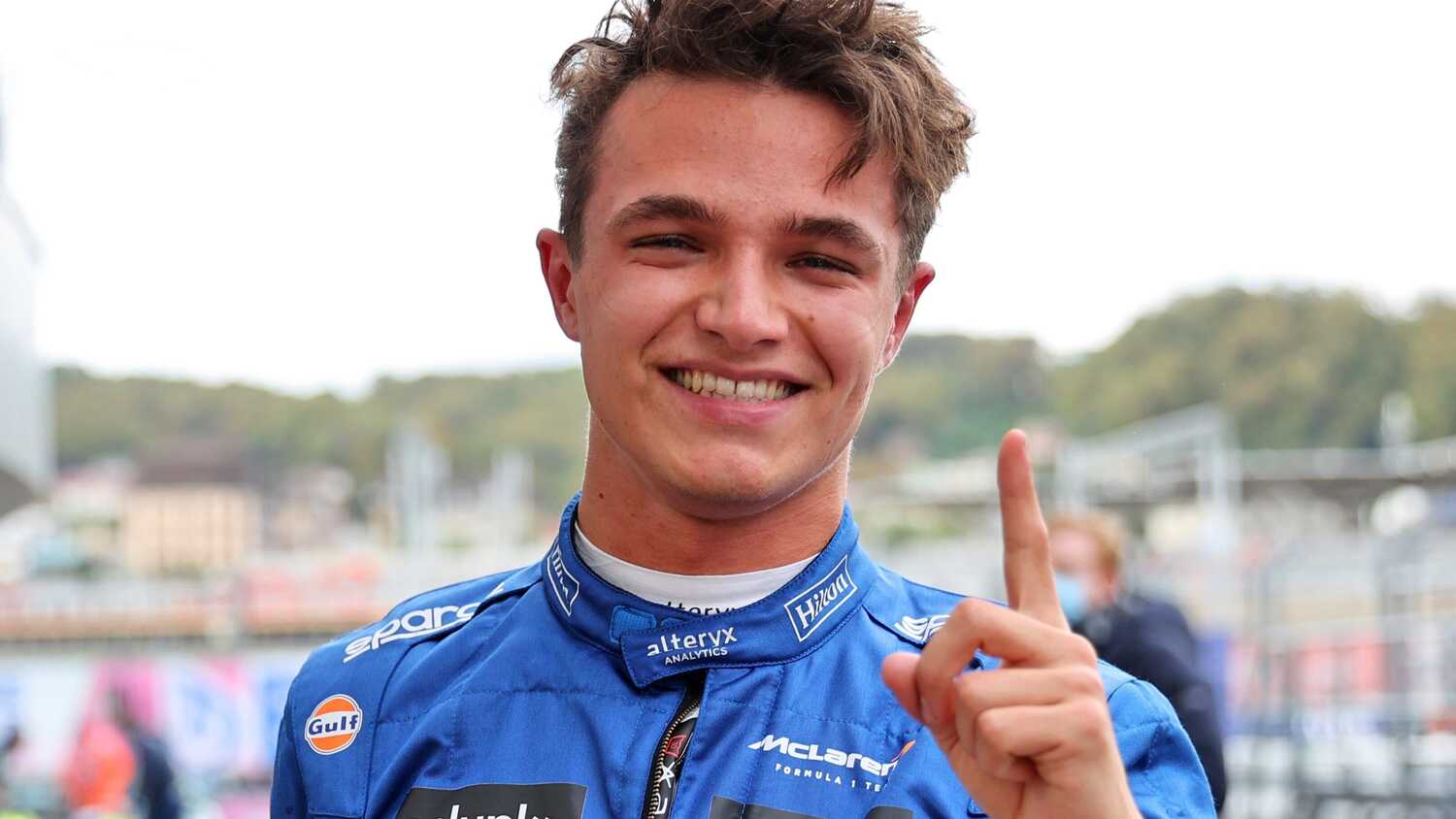 Lando Norris has revealed that George Russell's decision to be the first driver to change from the Intermediate tyres to slicks in Q3 in Russia helped him on his way to pole position.

A drying Sochi Autodrom saw the entire field go onto the dry tyres in the final part of qualifying, a sequence initiated by Russell.

Norris and Russell both had two laps on the Soft tyres to build up enough temperature to improve their lap times and beat Lewis Hamilton, who was the fastest driver in the early part of Q3.

"I don't like my engineer talking to me normally," Norris explained to RacingNews365.com and other select members of the press.

"When I'm on a qualifying lap, especially in these conditions, the last thing I want him to do is talk.

"The difficult thing is now you have, I guess in Q3, 10 of the best people on this day in Formula 1, or in the world, to try and put these laps in.

"So you can't just drive around under the limits and know what to expect. Sometimes you've got to push it over and you have to find out if you made it once you've gone through the corner.

"There was plenty of corners where I thought, 'I might have gone in a bit hard here and this all could go rather wrong', but I didn't so that's just the level you've got to be at to be in this position."

Norris says his initial run on the Intermediate tyres and his laps before his pole position effort on the Soft tyres also helped him to figure out where there was grip and which parts of the track were still wet.

He noted the Turn 15-16 chicane as a particularly treacherous area on the circuit in the closing stages of qualifying.

"From those two [runs] you can gather a decent amount of information of where it's dry, where it's still damp and so on," added Norris.

"But a lot of time it's just hope. You go into the corner and hope it sticks and it did. You never know what everyone else is going to do.

"Everyone's pushing as much as they can to also go for pole [position] because everyone knows there's this opportunity when the conditions are like this.

"We made the right decisions, pitting when we did and it wasn't easy at all."