Norris fears McLaren could miss out on Q3

With Ferrari putting in a strong showing during practice and Alpine looking much improved, Lando Norris fears things could get dicey for McLaren in qualifying. 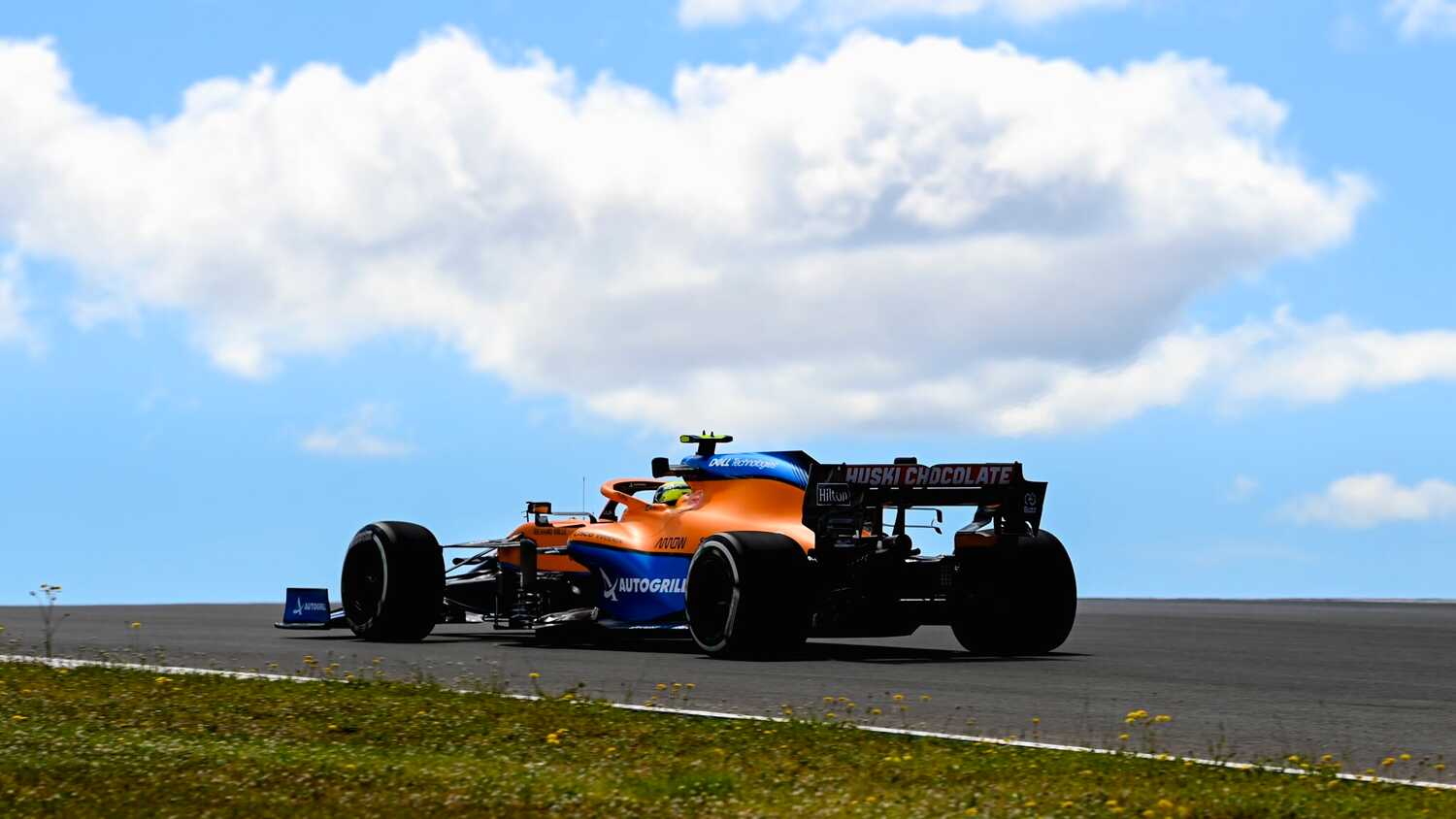 After finishing on the podium in Italy, Lando Norris isn't confident he will be able to get his McLaren into Q3 in qualifying for the Portuguese Grand Prix.

The Brit only managed the 12th fastest time during afternoon practice on Friday, a worrying sign for the Woking outfit given Ferrari and Alpine both look strong. As a result Norris believes things will be tricky for McLaren on Saturday.

"The wind made it quite difficult for everyone," Norris told Sky Sports. "I think it was a good day, we got through a lot of things. We had a few problems here and there so I didn't do as many laps as I wanted to do.

"We're struggling a little bit with the car in some areas of the track. Some areas it's good, some areas we're quite weak and slow so we have to work on that tomorrow.

"We definitely have a bit of work to do to be confident of being in the top 10, and we're not confident of being inside the top 10, which is important to get into Q3. Normally we'd have a big gap to the Alpine the last few weekends, but this weekend they seem a lot more competitive. It makes the race - or the chance to get into Q3 - a lot more difficult.