Norris details what he's done to learn from Russian GP

Lando Norris has been putting in the legwork to ensure he and McLaren don't make the same error of judgement they did during the Russian Grand Prix. 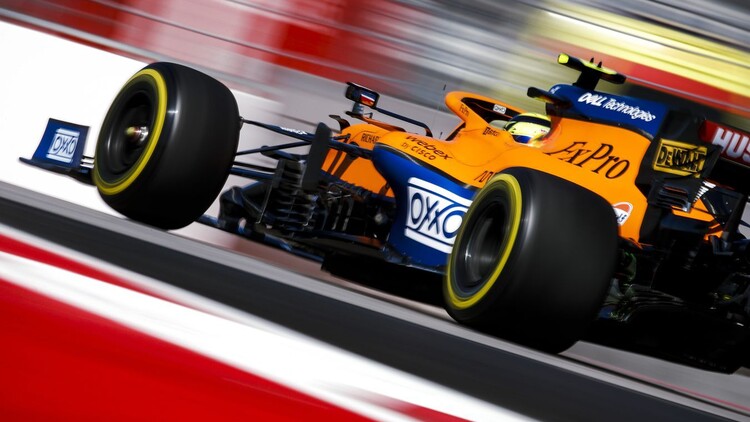 Lando Norris has spent two days in McLaren's simulator following the Russian Grand Prix, in a bid to better understand the circumstances that led to them losing the race within sight of the chequered flag.

Having led the race convincingly during the dry middle phase, Norris lost out as rain began to fall. While eventual race winner Lewis Hamilton dived into the pits for Intermediates, Norris and McLaren made the call to stay out on track on slicks – which turned out to be the wrong choice.

Since then, Norris has explained that he's been putting in the legwork to ensure he's not caught out in such a fashion again.

"I've learned of course many things: things for myself, what I could do better next time, if we're in exactly the same situation again, and how can I make better decisions," Norris explained to Autosport at the launch of his new racing kart in Italy.

"But also with the team: it's how can we communicate better. How can we talk, so that the team gives me more information as well, in order to make decisions.

"The thing is, it is so complicated. When you just watch TV it looks so simple, and it looks like the easiest decision in the world. You feel like sometimes you can just make an easy decision. But it's really not that simple.

"There's so many things which have to take place for you to make a good decision and the correct decision.”

McLaren admitted they could have, and should have, overruled Norris to bring him in and change the tyres, and Norris added that another area they've focused on is improving the communication between driver and team.

"We reviewed everything, the whole race: even from lap one to the very end," he said.

"We spent two days on the simulator, and one day reviewing everything with the communication, and how we talk to each other to try and do a better job next time.