McLaren's Lando Norris believes that he still has more performance to unlock from his MCL35M, as he continues to learn with his new car. 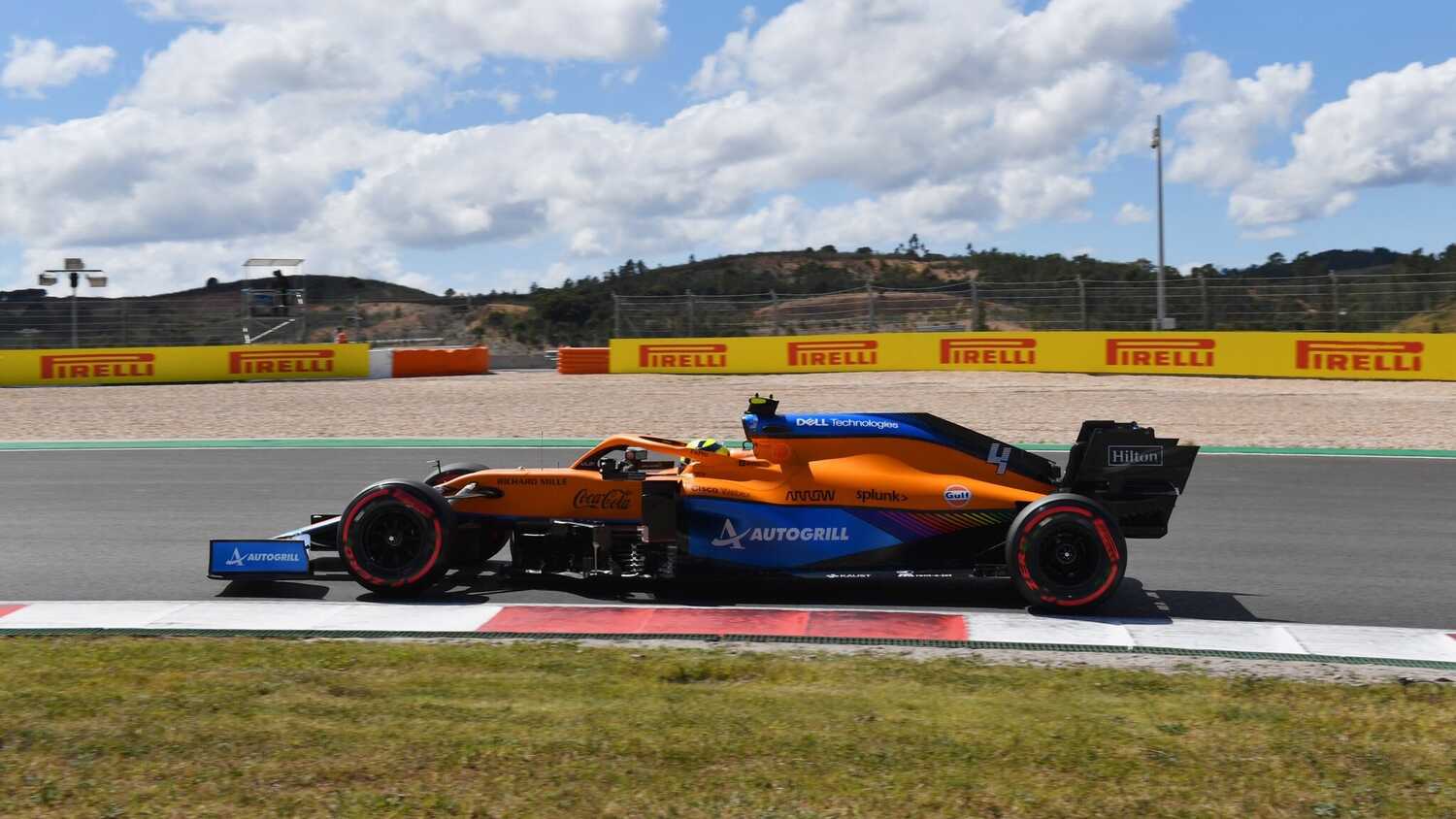 McLaren's Lando Norris has been one of the stars of 2021 so far, but the British driver still believes he has much more performance to unlock from the MCL35M.

While Norris and the MCL35 from last year were well acquainted, the changeover to Mercedes power over the winter has changed the driving characteristics of the new MCL35M, and these adjustments are still ongoing, according to Norris.

"I mean, the cars definitely changed a little bit compared to last year and how you have to drive it. And, like, I wasn't on top of the car in Bahrain already. So Daniel's driving style almost was better in Bahrain than it was for me. I learned a lot already there to then improve into Imola and then into Portugal.

"So I'm still learning how to drive the car and how to maximize it. And it's and it's definitely not an easy car to drive in a different way to last year.

"But I'm not sure like, I honestly don't want to say everything but it's, I feel a bit more confident.

"I just know what to do with every session we do from FP1 to FP2 to all the way to the race, things I need to be working on looking out on trying and comments back to the team and so on. So it's just it's not necessarily always the car side of things. It can also be more behind the scenes, the work we do as a team, which adds to the performance."

With Norris on a roll of strong results, including a podium at Imola, the British driver believes that he's on a wave of strong momentum but is wary of the moment that that momentum stops.

"I think things have just gone very well for us," Norris explained.

"I feel like I'm doing a good job myself with qualifying and putting the laps in when I need to. Maybe not so much in Imola or Portugal in Q3 run two but everything apart from that has gone very well. And then the race as well, on the restarts, the launches, a lot of things are going well, but it's just as easy for it to go not so well, so I want to continue what we're doing.

"Being behind the Mercedes and Red Bull at the moment is still the target and where we believe we can be. But I'm just not getting my hopes up too much for every race, we'll try to do what we're doing at the moment and continue it but it very easily could be a P6, a P7, or a P8 so it's just I'm realistic. But I'm still hopeful that we can continue what we're doing."