Lewis Hamilton's car has been repaired to full working order ahead of the Russian Grand Prix, following his qualifying incidents. 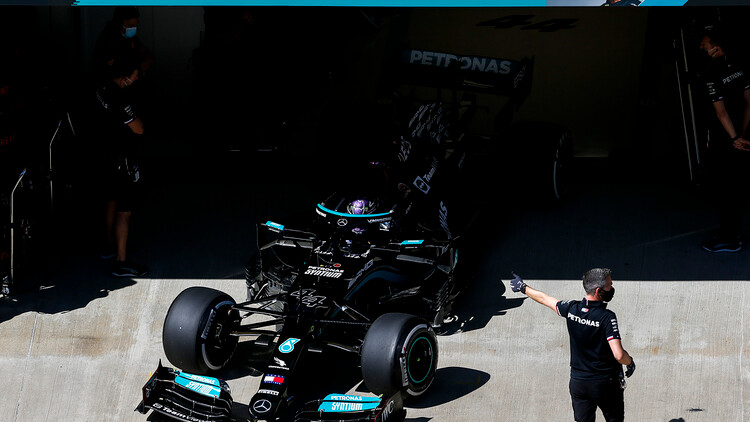 Mercedes have confirmed that minor damage to Lewis Hamilton's car has been fixed ahead of the Russian Grand Prix.

Hamilton and Mercedes dominated the early stages of qualifying at the Sochi Autodrom but two incidents derailed their session, leaving Hamilton only fourth on the grid, behind pole-sitter Lando Norris, Carlos Sainz and George Russell.

Hamilton initially lost control of his car at the pit entry when he boxed to switch from Intermediate tyres to slicks, forcing mechanics to conduct a rushed front wing change before sending him back out on the Soft compound.

With his tyres lacking temperature, Hamilton spun off the track in the final sector on his last lap, and his rear wing nudged the barriers.

Hamilton spoke of Mercedes' plans to check the car overnight, and all issues have now been resolved.

"There was minor endplate damage to fix for Lewis after his brush with the barrier on his slicks lap yesterday," a Mercedes team spokesperson told RacingNews365.com. "All else seems OK."

Hamilton said he was "incredibly disappointed" with himself for his two errors in qualifying, apologising to Mercedes and stating "that's not what you expect from a champion".