Mercedes have indicated that they are not expecting any changes to Valtteri Bottas' power unit following his retirement in Qatar. 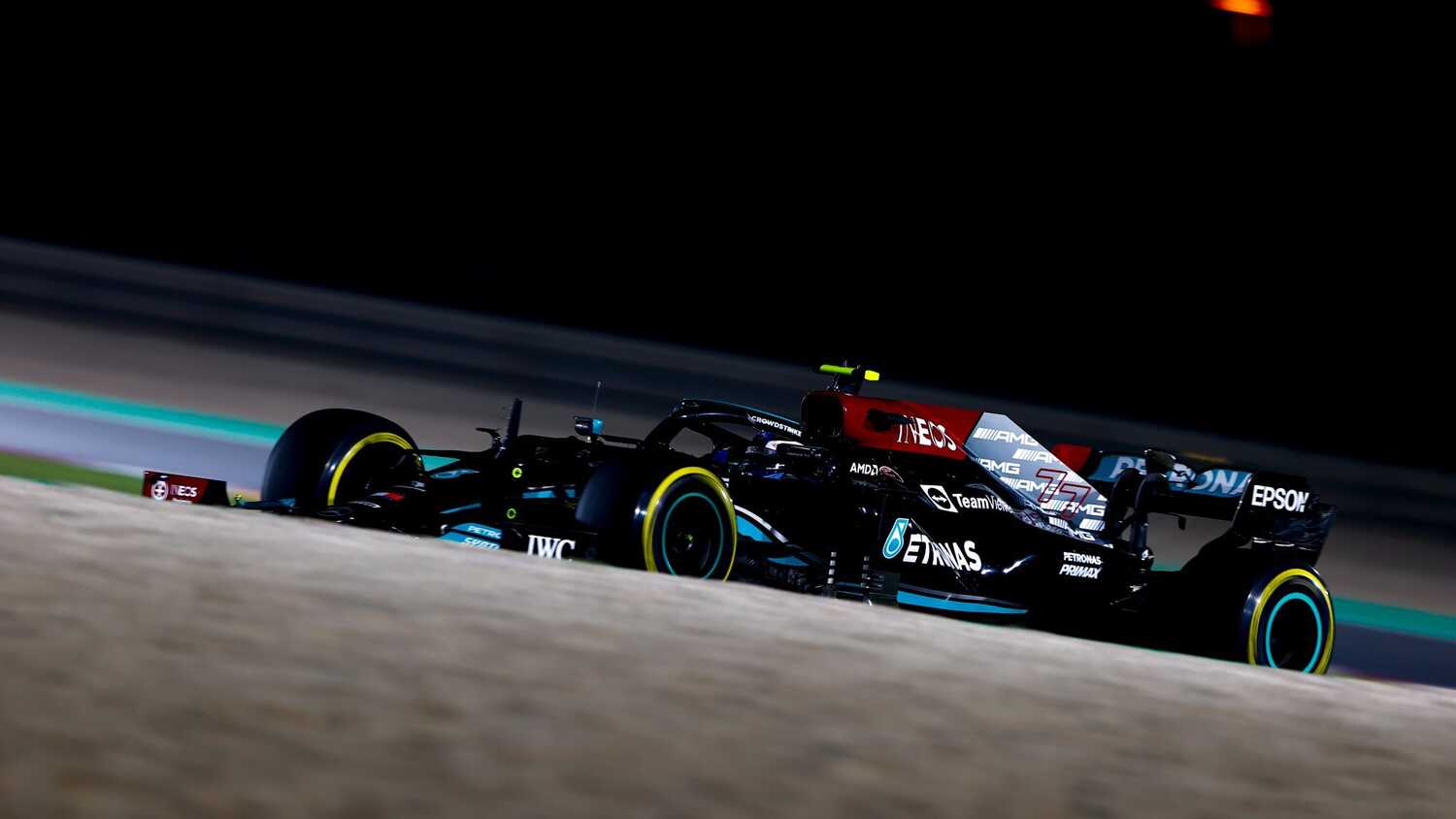 Mercedes have given an update on the state of Valtteri Bottas' power unit after he retired from the Qatar Grand Prix, easing fears of any power unit changes and subsequent grid penalties in Saudi Arabia.

Bottas retired from the Losail race after a dramatic puncture caused significant damage to his car and all but ended his chances of scoring points.

"The car was a bit too damaged, so we didn't want to break it even more. Also, I think [there was] no chance to get points, so we could save a tiny bit of mileage on the engine," commented Bottas at the time.

Bottas' power unit to be fired up as planned

A Mercedes spokesperson has since explained to RacingNews365.com that although a cracked pipe was uncovered outside the sealed perimeter, which caused a leak, inspections indicated the power unit itself is in working order.

Mechanics will fire up the power unit as planned during the car build for this weekend's event at the all-new Jeddah Corniche Circuit.