Mercedes open up on their revolutionary DAS system

Mercedes' James Allison has spoke about the reasoning of the team's Duel Axis Steering system which was a major talking point during the 2020 Formula 1 season. He tells the story of who came up with the idea and how they satisfied the FIA. 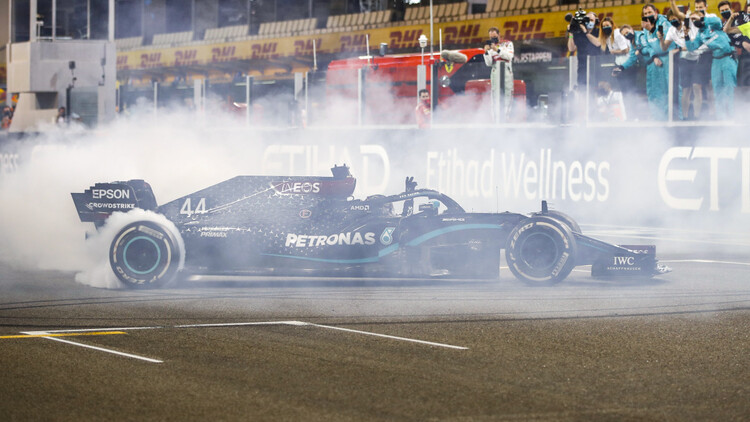 Mercedes technical director James Allison has told the story of the DAS (Duel Axis Steering) system which grabbed the attention of everyone involved in F1 when it was introduced in pre-season testing last year.

DAS has been banned for the upcoming 2021 Formula 1 season, meaning Mercedes reaped the benefits of the system for just one year. The idea of the revolutionary steering system started in 2018 so it took two years for the world champions to convert their idea into a successful piece of engineering which could go onto the car.

"We are a very unusual team in the way we come up with ideas. The idea of coming up with good ideas is something that hopefully, if you've got a healthy organisation, happens all over the organisation," said Allison on the ESPN F1 podcast. "We have had that approach for a while, and it predates my arrival at this team.

"A group of people sit down with one another very frequently, they are called the performance group. Their job is to pose the right questions into the organisation. Meaning, if we could come up with an answer to that question, the car will definitely be faster at the end of it. They sit together they meet, they argue, they debate and hopefully at the end of it they come up with good questions.

"And that group is the group that came up with the question, would it be possible for us to be able to have the front toe directly steerable by the driver as well as the left right aspect of the steer?"

Allison joined Mercedes in 2017 after he spend some time away from Formula 1 due to the death of his wife. The 52-year-old has been a key figure in the Mercedes team but he made it clear that it's the people lower in the organisation who deserve just as much credit for developing the cars and the constant search for marginal gains.

"They (the performance group) did enough thinking in the meeting to think that it (DAS) would be legally okay," he continued. "But would it be possible to actually implement such a system? And then the question goes out into the organisation.

"The mechanical design group turns its head to that problem and sort of sketches out some some potential solutions and then we figure out whether it's going to cost more money than we're prepared to invest in it for the gain that we think it might bring us.

"Then we're going to figure out whether we need to answer any questions from with the FIA about whether they'll let us have it and that sort of stuff."

DAS was deemed to be legal and safe by the FIA despite a protest from Red Bull at the opening race of the 2020 Formula 1 season in Austria. The system allowed Mercedes drivers Lewis Hamilton and Valtteri Bottas to create heat in the front tyres which proved beneficial on safety car restarts, cold sessions and circuits which had long straights.

"We came up with a a design that that was put to the FIA in 2019. It needed some fiddling around with it, to turn it into a 2020 version that the FIA were happy to stand behind and then it went on the car," Allison added. "It's been been a useful thing for us all year long, perhaps not able to get the full blooded benefit from it that we might have anticipated at the beginning, because it was a trickier year and everything's been quite compressed.

"But it's definitely been a worthwhile device on our car for the whole season. And more than worth the effort that we spent answering the question asked by the performance group back in 2018."