Mercedes have a brand new chassis ready if needed

Mercedes' Toto Wolff has confirmed a brand new chassis is available to be used by the team, if any issues surface with the one Lewis Hamilton is using this weekend. 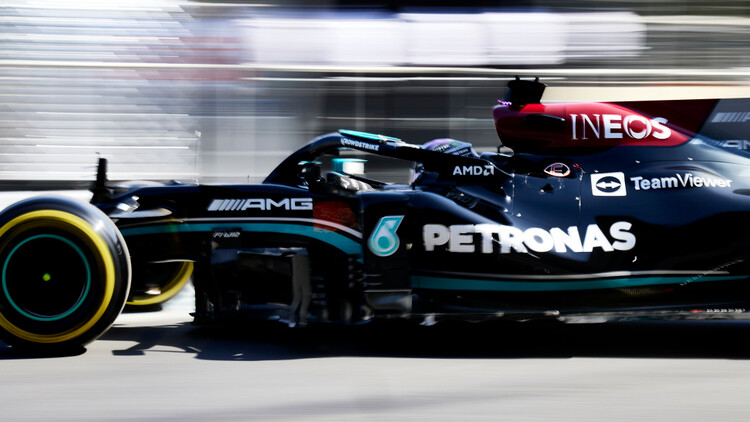 Toto Wolff has explained that Mercedes have a brand new chassis available to them, should it be required, as the possibility that one of the chassis currently in use could have an issue.

For this weekend in France, Lewis Hamilton and Valtteri Bottas have swapped chassis from the ones they used in Azerbaijan. Mercedes cited a need to rotate to ensure even wear, due to the fact that the W12 chassis' in use are the exact same ones used in last year's W11.

But, with Hamilton not quite on Bottas' pace in FP2 in France and complaining about the car not feeling right, Wolff said the possibility of using a brand new one is there.

"We swap parts around all the time," Wolff told Sky Sports F1.

"And this is part of the planning as these are carryover chassis for a second season, so we're not accumulating millions of miles on one and, basically that's part of the plan. But it's good to get the feedback. And if it calms the drivers mind, we have a spare chassis which is a brand new one. We can always do that."

Having complained about the car not feeling right during FP2, Hamilton told Sky Sports F1 that he didn't think there was any major difference in feeling between the car he was driving and the one he drove in Baku, and said, "it's a different track so.. Very rarely do you have any differences between the chassis."

But, just a few weeks ago, the chassis Hamilton is driving was also very quick in Monaco, which does reduce the possibility of there being an issue with it.

"It's the chassis that was splendid in Monaco, that qualified Valtteri right in front," Wolff puzzled. "But you never know, you listen to the engineers who said it's all tested and it's stiff. There shouldn't be any difference but if the driver feels that it's not, then it's definitely not worth trying to make a point here, then you just need to change."