Mercedes concerned about new power unit after a single race

Valtteri Bottas taking on another new power unit in Russia was down to "question marks" Mercedes had about the engine fitted to the Finn's car at Monza. 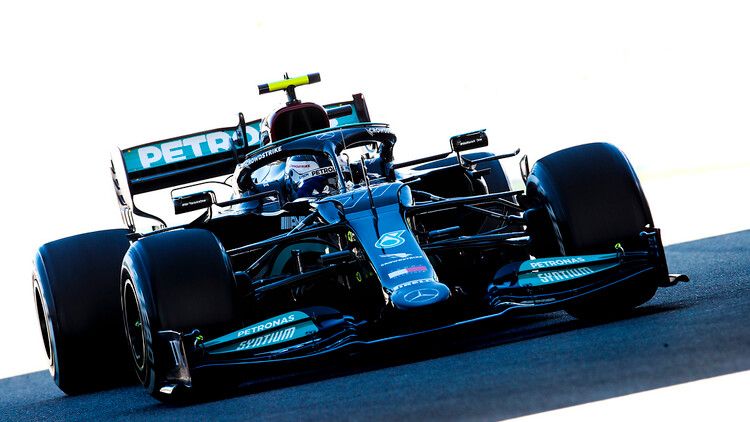 Mercedes are currently assessing whether or not the new power unit Valtteri Bottas took on at the Italian Grand Prix will be usable again, after issues forced them to fit another fresh engine over the weekend in Russia.

Bottas fitted a fourth power unit at Monza, taking the resulting grid penalty, with the aim being to be able to finish the season without any further penalties.

However, just a single race later, Mercedes gave him another new engine, a new MGU-H and a new Turbocharger. This triggered another grid penalty, with the team later explaining that it wasn't a tactical choice but one made out of necessity.

"We had to [take on another new engine], so that's what it is. [It was due to] some issues," Bottas explained to media, including RacingNews365.com, after the race.

"We had to take it if I wanted to finish the race."

With an engine freeze looming at the end of the 2021 season, Mercedes boss Toto Wolff explained that there are plenty of "question marks" currently being checked out and evaluated on their power units.

He also confirmed that the engine fitted to Bottas' car at Monza had shown signs of an issue after just a single race.

"Yes, at the moment we are reassessing the performance of the power units, because we have question marks and therefore haven't decided which engines would go back into the pool," he commented.

"We haven't only made precautionary engine changes because we felt we want to stockpile, but also because we want to understand the engine's performance, and that has given us given us some question marks.

"At the moment we just take one race weekend at a time and reassess the performance of the power units, and then take decisions."

Andrew Shovlin, Trackside Engineering Director at Mercedes, said the power unit that was fitted for Monza has now been sent back to headquarters for further health checks, to evaluate whether it can be used again.

"We had another problem with that during the weekend," he said. "That power unit we need to do further investigation on and just have a look at it back at Brixworth."