Mercedes have taken steps to beef up their W12 to cope with the bumps at the Circuit of the Americas. 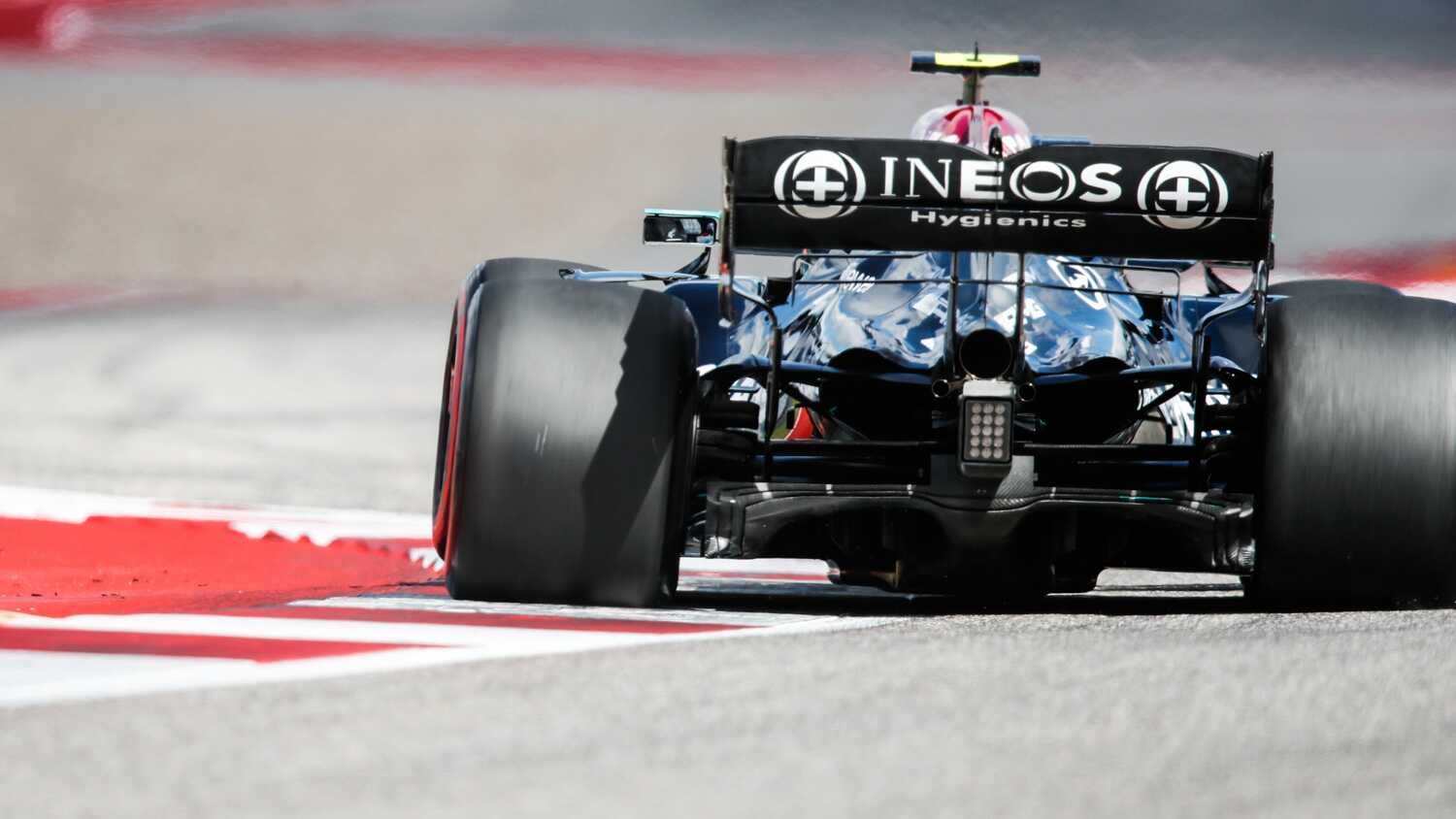 Mercedes have taken precautionary measures with their W12 in order to ensure the car survives the United States Grand Prix.

The bumpy nature of the Circuit of the Americas is proving problematic for the cars once again this year, after the 2019 event featured a suspension failure for Ferrari's Sebastian Vettel early in the race, while Max Verstappen suffered a rear wing issue in 2018.

Verstappen picked up a hairline crack on his rear wing during third practice on Saturday, with the team unable to explain why it had happened. They received special dispensation from the FIA to allow them to reinforce their rear wing, and it appears Mercedes have followed suit in ensuring their car is up to the challenge.

A Mercedes team spokesperson confirmed to RacingNews365.com that the changes to the W12 are setup only, and took place before qualifying and parc ferme conditions.

"What we did is that the car was bottoming out quite heavy, and that breaks the car," Wolff told select members of the media, including RacingNews365.com.

"So we we took some mitigating steps to not break it or massacre it that hard, in order to survive the race.

"[It is] definitely a compromise for going faster on the track, but maybe a necessity to actually finish."

Ferrari's Laurent Mekies explained on Friday that the bumps at COTA have become more extreme than in 2019, even more so than the team's expectations ahead of the race weekend. This is despite the track surface going through an intensive grinding process to try to alleviate the worst of the bumps.

With Red Bull also having to take steps to reinforce their car, team boss Christian Horner said it caused some extra "stress" during their Saturday morning programme.

"I don't know whether Max hit something, because there's quite a crack," Horner told Sky Sports F1.

"[There's] nothing on the other car or any of the other wings, so we got permission to beef it up a bit on on both cars."