McLaren have admitted that securing third place in the Constructors' Championship will be tough, given Ferrari's recent form. 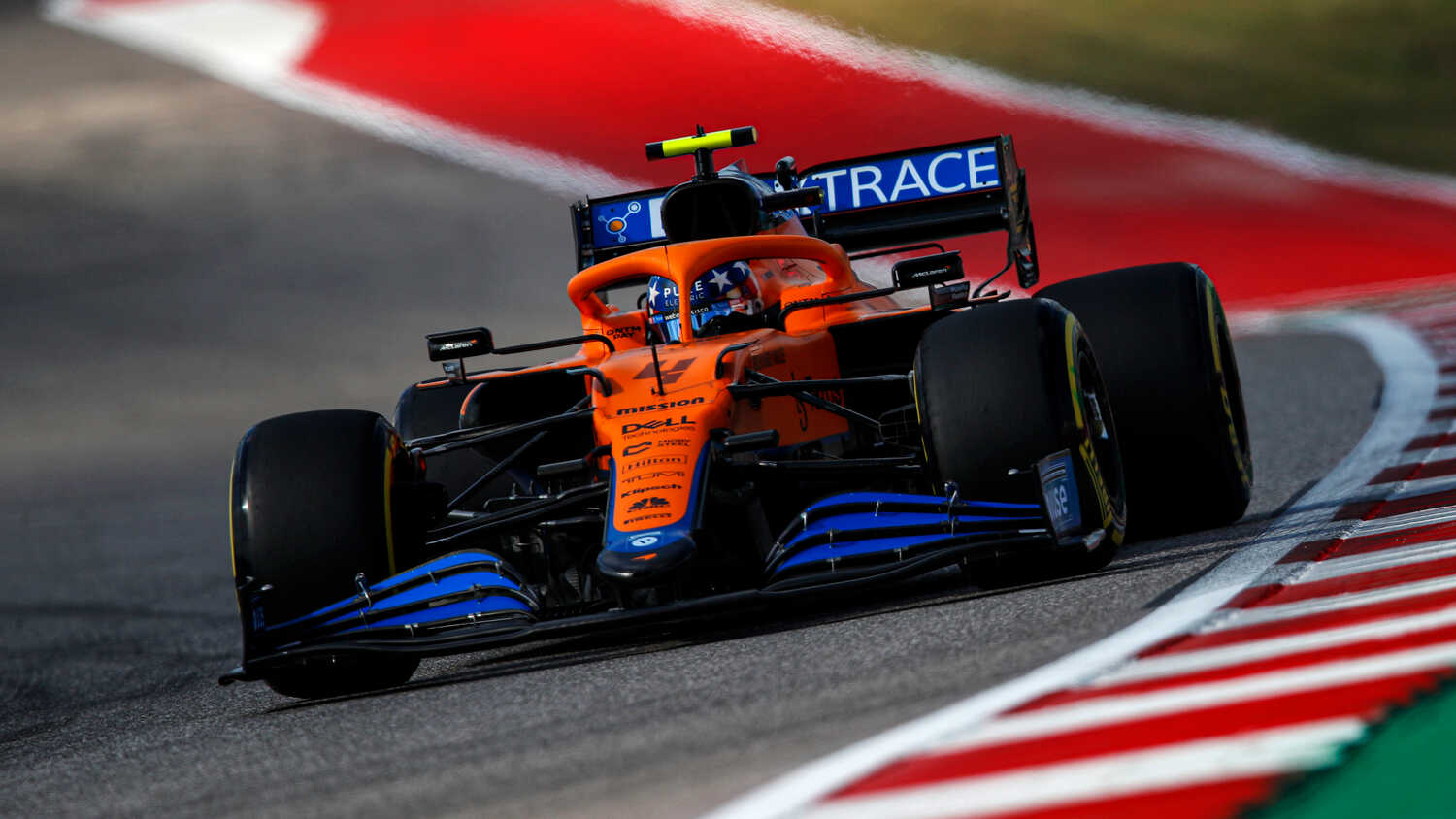 McLaren have said that they have no intentions of backing off in their quest to take third place in this year's championship fight, despite Ferrari's recent updates seemingly putting the Scuderia in the better position.

Just three and a half points separate third-placed McLaren from fourth-placed Ferrari, with the gap shrinking due to Charles Leclerc's comfortable P4 finishes in Turkey and the United States.

Both McLaren drivers have admitted that they believe Ferrari are now the quicker team, in the wake of a power unit update the Italian outfit introduced to their cars in recent races.

Despite this, Team Principal Andreas Seidl said there's no giving up at McLaren.

"With only five races left of the season, we know that every race counts and that there's no time to let down our guard," he said in McLaren's official preview of the Mexico City Grand Prix.

"We know it will be a challenge to retain our position in the Constructors' Championship, but it's a challenge we're ready for.

"We'll maintain our focus on the variables we can impact and keep up the pressure on those around us."

With Mexico City missing from the 2020 calendar due to the COVID-19 pandemic, McLaren and their drivers are hugely excited to be heading back to the Autodromo Hermanos Rodriguez.

"After an incredible atmosphere last time out in Austin, we head to Mexico anticipating much of the same," Seidl said.

"The Mexico City Grand Prix kicks off an intense period of racing for the team, with three back-to-back races and plenty of long flights. This scenario brings plenty of challenges, but also plenty of opportunities, and we'll be working hard to extract maximum performance at each race.

"Mexico offers a unique challenge in terms of set-up that can often shake up the competitive order. The high altitude and thinner air mean we run higher levels of downforce than we usually might on a circuit like Mexico, and that can be tricky to get right.

"We've been working in the simulator to ensure we have as much data as possible heading into the weekend."

Daniel Ricciardo, who took pole position at the event in 2018 with Red Bull, has said it's difficult to gauge where McLaren might end up in the pecking order.

"I'm looking forward to heading back to Mexico, it's been too long," he commented.

"The atmosphere is always incredible and that stadium section is an awesome part of the circuit. The fans are also some of the most passionate in the world.

"We're really lucky to be racing there and in Brazil back-to-back, because the excitement around the races is unreal.

"I'm expecting a similar battle to the one we had in Austin, although having not raced there last year, it's hard to say where we'll truly be in terms of performance.

"We'll just keep focusing on what we can do as a team, try and score the most points as possible and see how the field shakes out."