Red Bull are keeping a close eye on Lewis Hamilton and Mercedes as the battle for the 2021 world title reaches its crunch point. 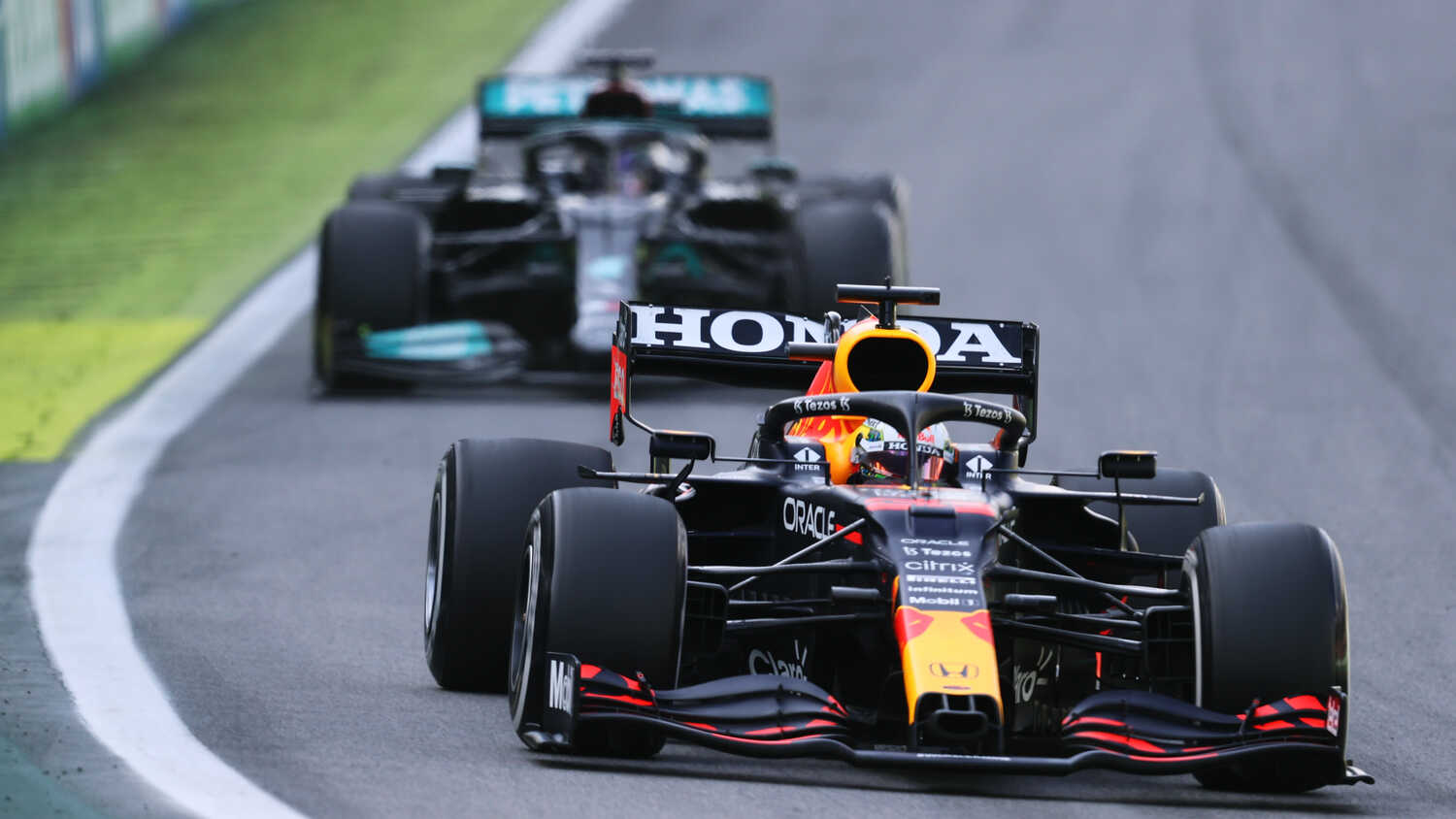 Red Bull advisor Helmut Marko says the team are monitoring "two things" that they suspect may be behind Lewis Hamilton and Mercedes' outright speed.

Hamilton twice charged through the field at last weekend's Brazilian Grand Prix, bouncing back from his qualifying exclusion to go from 20th to fifth in the Sprint race, and then a five-place grid engine change penalty to rise from 10th to victory in the main event.

Hamilton's impressive straight-line speed raised questions from the Red Bull camp after the race, with team boss Christian Horner explaining that "it's important to understand where the speed has come from".

Marko admits that Red Bull are keeping a close eye on Hamilton and Mercedes ahead of the final three races of the season.

"We are mainly concerned with two things, which we may also take up with the FIA for clarification," Marko told F1-Insider.

"But there will only be a protest if we have evidence that something is not compliant with the rules on Hamilton's car."

What are the concerns?

According to the German publication, the two main concerns that Marko and Red Bull have are based around Hamilton's engine and an apparent ride height system that lowers the W12 on the straights, reducing drag and increasing top speed.

Separately, onboard footage from the Brazilian GP weekend appeared to show Hamilton pulling backwards on his steering wheel as he approached braking areas around Interlagos, leading to a host of different theories emerging.

However, these have been shut down by Mercedes, given that the steering systems have been homologated all year and cannot be modified, with the team stressing that the only plane in which the wheel moves is left to right.

The fight for the title

In any case, Marko has admitted to concerns over Red Bull's bid for both championships, with Max Verstappen's lead over Hamilton cut to 14 points, and Mercedes rebuilding an 11-point advantage in the Constructors' standings.

"If Hamilton is also so superior this weekend in Qatar, and then in Saudi Arabia and Abu Dhabi, we can write off the title," Marko added.

"I have never seen such a rocket engine from Mercedes. We couldn't hold Hamilton on the straights, even though he was driving with a rear wing set at a similar steep angle to Monaco.

"But only Hamilton has that speed, the other Mercedes drivers are no cause for concern for us."