Marko fumes over Hamilton's actions: Different rules apply to him

Helmut Marko believes that Red Bull aren't getting the same treatment from the stewards as Mercedes, following a controversial Saudi Arabian Grand Prix. 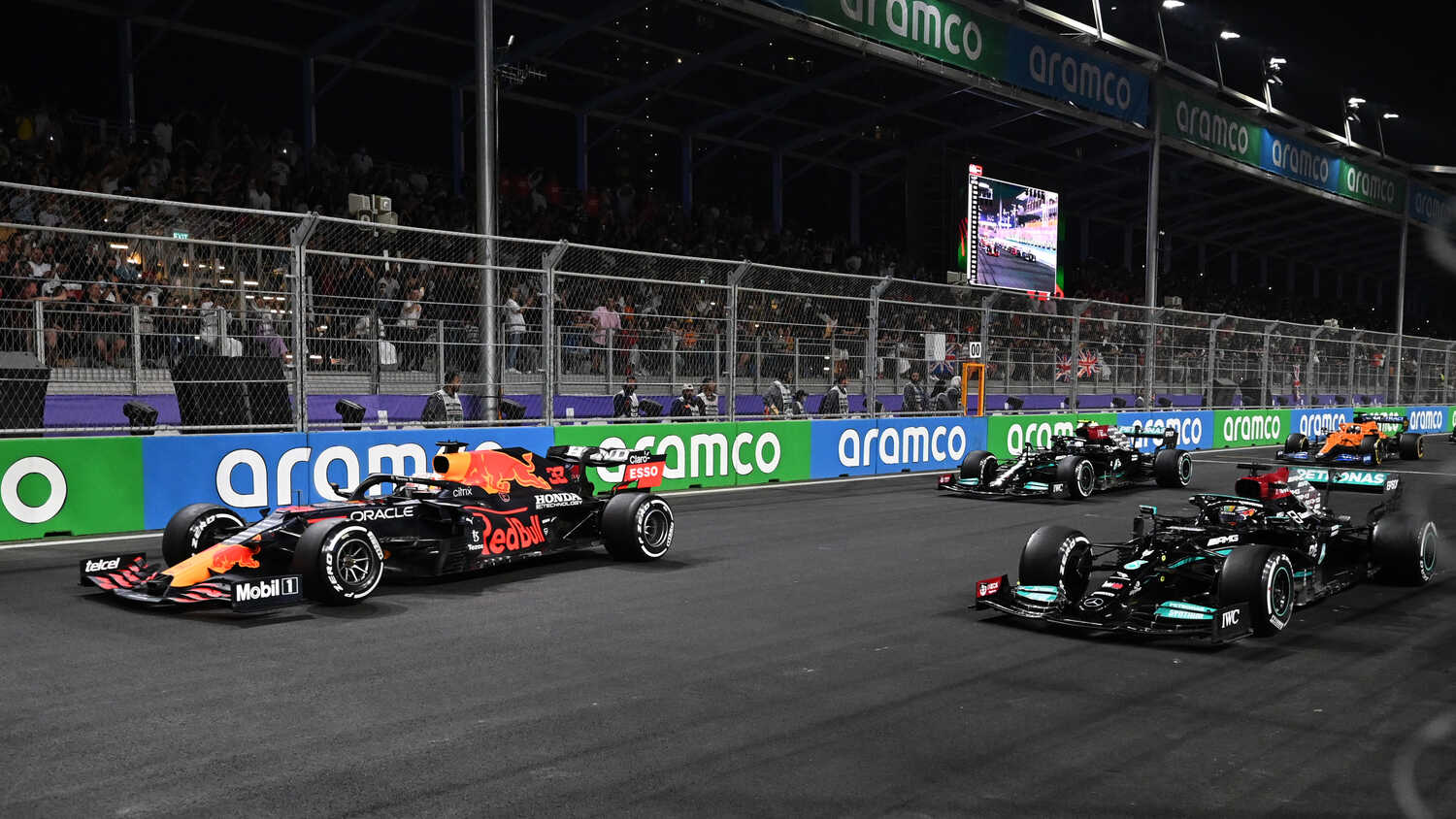 Red Bull advisor Helmut Marko has criticised the stewards in Saudi Arabia after Max Verstappen was given a five-second time penalty.

Verstappen received the penalty for going off track and gaining an advantage after holding onto the race lead from Hamilton when he ran wide at Turn 1 on Lap 36/50 of Sunday's race.

Verstappen was initially told to cede position to Hamilton, which he appeared to attempt to do at the point where he and the Mercedes driver collided. Hamilton was seemingly confused by Verstappen slowing on the back straight, claiming that he was brake tested.

But after Verstappen picked up a penalty for not ceding position, Marko was furious with what he felt were double standards from the stewards, given that Mercedes escaped scrutiny for Hamilton and Valtteri Bottas both appearing to break the rules.

Bottas slowed under the Safety Car before his pit-stop in the first phase of the race, costing Verstappen time, while Hamilton also appeared to fall more than 10 car lengths behind Verstappen during the formation lap ahead of the second start.

"However, Hamilton has done that and was therefore better able to warm up his tyres before the restart.

"We now want to prove that with data. Different rules seem to apply to different people."

With the stewards investigating the clash between Verstappen and Hamilton on the run down to Turn 27, Marko believes Red Bull will have the telemetry evidence to be able to exonerate Verstappen of 'brake testing' the Mercedes driver.

"We are looking for the facts, but I think we can prove with the data that Max did not do anything crazy and braked constantly," Marko said.

"There is no question of a brake test, that is nonsense!"

Marko believes that Hamilton was simply wrong-footed by Verstappen slowing, and revealed that the resulting collision caused a cut on Verstappen's tyre.

"Hamilton didn't assess the situation well and, because of that, we also had a cut in the rear tyre," he commented.

"It meant that Max could no longer push."