Marko explains what went wrong for Verstappen in qualifying

Red Bull's Helmut Marko has shed some light on why the Dutch driver appeared to have no answer to Lewis Hamilton's pace in qualifying. 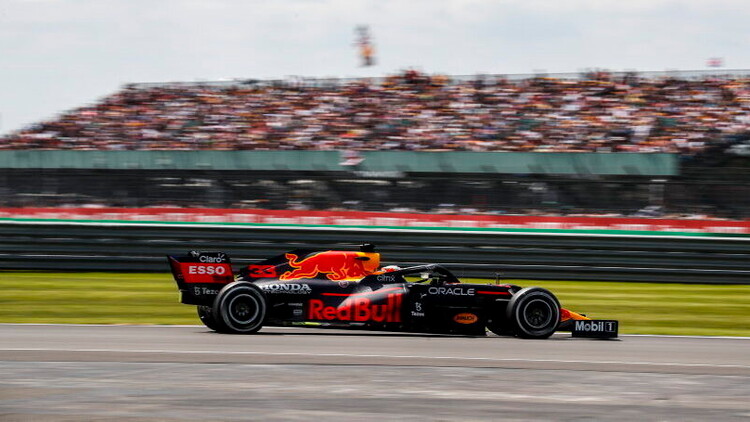 Red Bull's Dr. Helmut Marko believes track temperature and getting the tyres into the right window may have played a huge part in Max Verstappen not being in the fight for fastest time in qualifying.

Verstappen may have only missed out on top spot for the Sprint Qualifying race on Saturday by 0.075 seconds, but the reality was that Hamilton appeared to have a lot more time in hand. The British driver was almost half a second up on his own fastest time when he made an error entering Vale, throwing all the time away. With Red Bull not really in contention for the top spot, Marko believed tyres had a major part to play.

"We didn't have the tyres at the right temperature," Marko explained in an exclusive interview.

"In addition, we lose a surprising amount of time on the straights. Mercedes is clearly faster in Sector 1."

Verstappen appeared caught out by the Mercedes pace after qualifying, saying that Red Bull have a lot of work to do to try figuring out how to redress the balance - a task made even trickier by the fact the cars are now in parc ferme conditions.

Despite a second practice session being scheduled for Saturday morning, teams can't make setup changes to the cars. This means that Red Bull are limited in what they can do in their attempts to close down Mercedes, and Marko said they have to figure out how to approach the session.

"We still have to think about what exactly we are doing there," he explained.

"It cannot be that we are only taking away engine mileage. That could perhaps be a boring exercise."

In addition, the cooling track conditions with qualifying being held in the evening appeared to play into Mercedes' hands, with the RB16B dominant in the hotter afternoon session. Marko pointed out that this, as well as setup changes, perhaps went against Red Bull.

"In addition, we changed a number of things about the car that clearly did not turn out well, but will have an impact in the race. Of course we would have liked to have been in first position."

"We didn't have this problem in the first practice, but we experienced it for the first time in qualifying."