Leclerc: Hungary isn't a particularly strong track for me

Ferrari's Charles Leclerc has admitted he doesn't believe himself to be particularly good at the Hungaroring.. 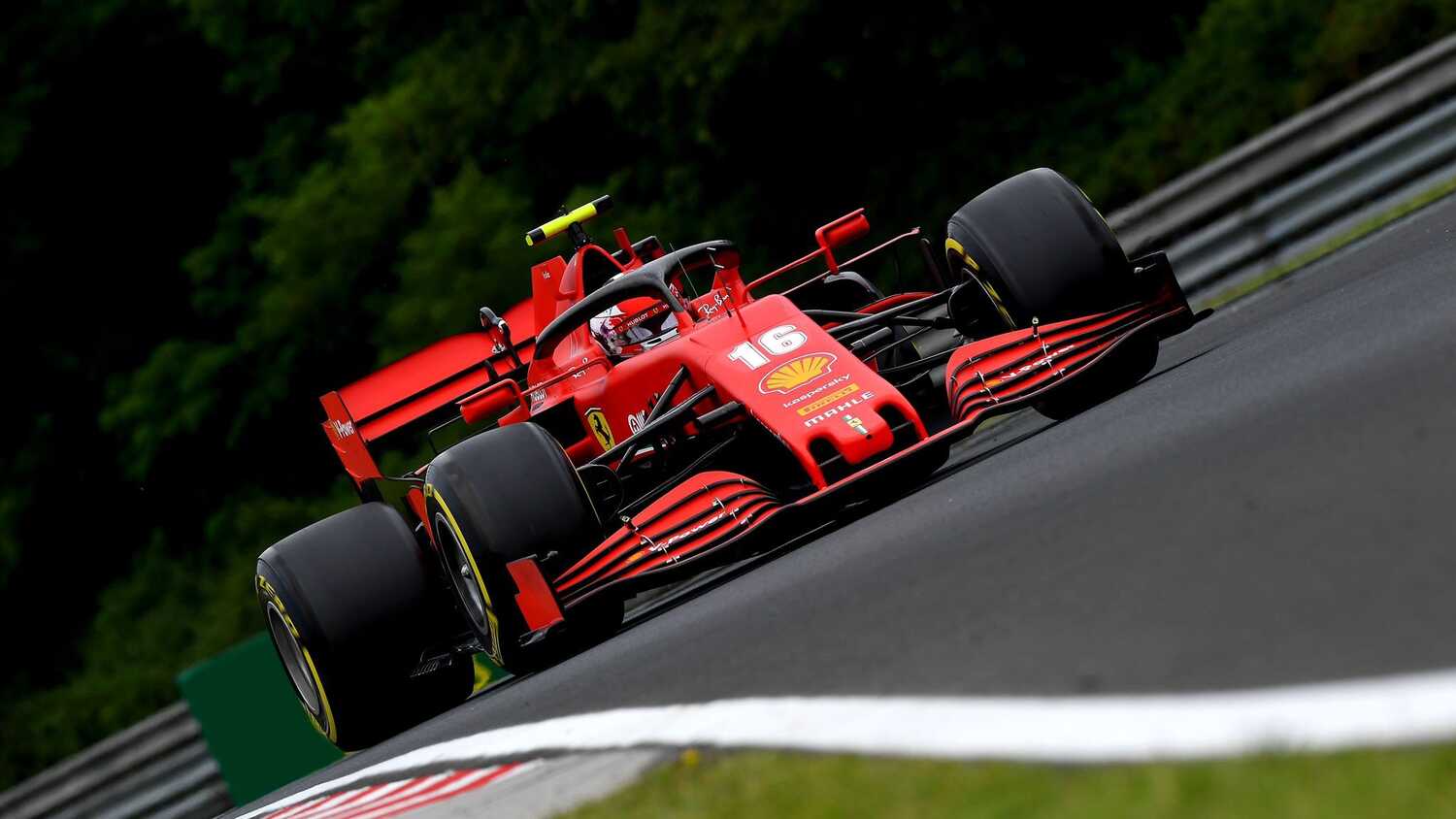 Charles Leclerc has downplayed Ferrari's chances for the Hungarian Grand Prix, and admitted that he doesn't believe himself to be particularly strong at the tricky and tight Hungaroring.

With Ferrari one of the quickest teams at Monaco in May, a circuit with similar characteristics to the Hungaroring, Leclerc is one of the favourites for a strong result, particularly coming off the back of his immense drive at Silverstone where he only lost the lead to Lewis Hamilton with three laps remaining.

"I feel like it can be a strong race for us," Leclerc told media, including RacingNews365 in Budapest.

"I don't think we'll be at the level of performance as we've seen in Monaco, but hope we can at least be on top of the midfield, which is the reality of the fight we are fighting this year. So this is the most important target for this weekend. I think we are quite confident that we can achieve that if we do a good job."

But Leclerc admitted that he doesn't believe himself to be a particularly strong performer at the venue, explaining he hasn't been traditionally strong here.

"It's not a particularly strong track for myself as a driver. But I'll try to make the best job possible," he said.

"It's a very difficult track, very technical, you need to be very, very smooth. I tend to have a bit more of an aggressive driving style. And it looks like I'm struggling a bit more here compared to my teammates in the past. So I will overcome that and try to maximise this weekend."