Leclerc: Battle against McLaren will be decided by mistakes

Charles Leclerc believes that Ferrari's battle against McLaren for third place in the F1 Constructors' Championship will be about mistakes at the final four races. 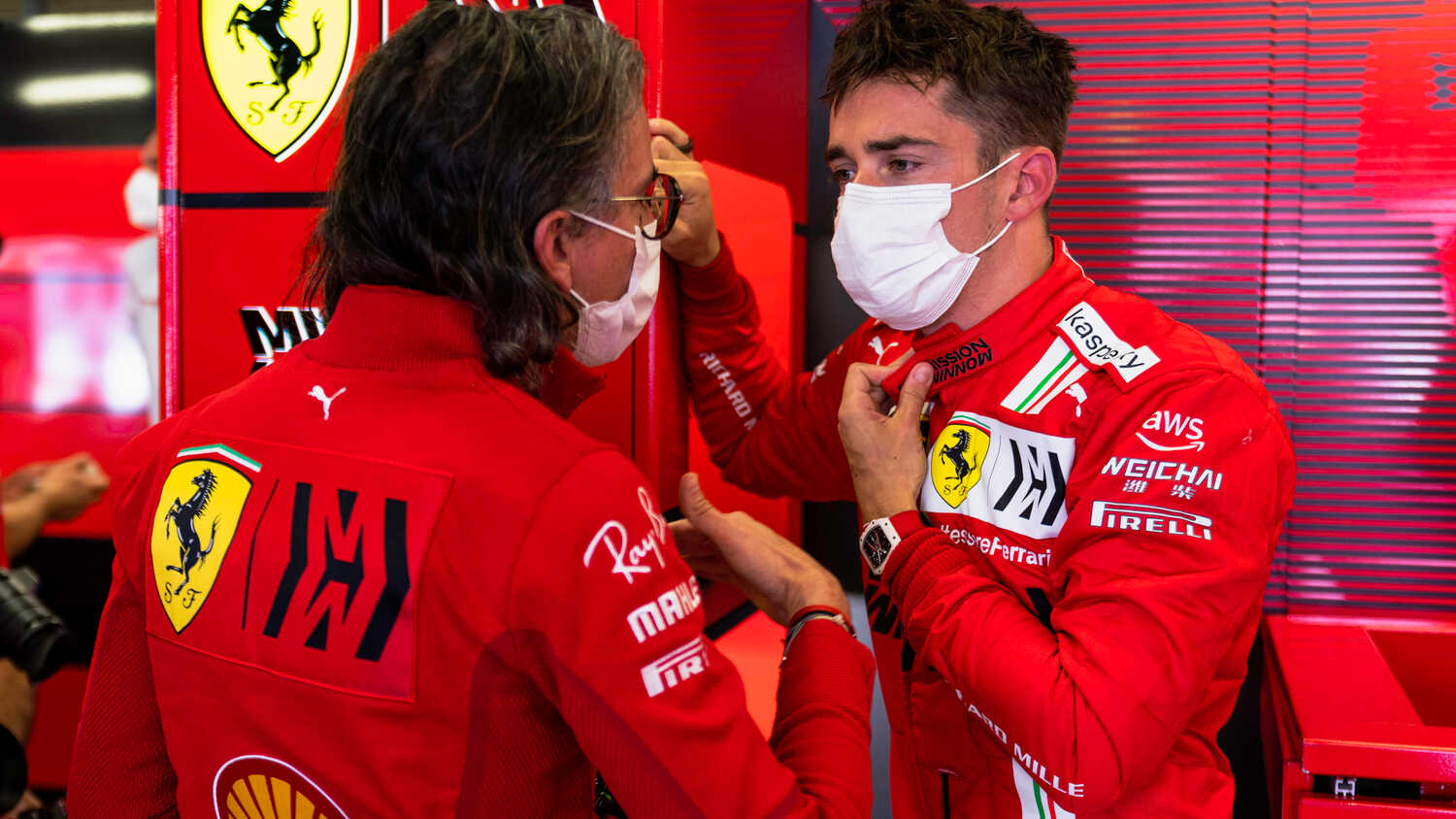 Charles Leclerc says the battle for third place in the Constructors' Championship between Ferrari and McLaren will be decided by mistakes.

Ferrari have had the upper hand over McLaren in the last three races, and moved ahead of their rivals by 13.5 points following Leclerc's fifth and Carlos Sainz's sixth place in Mexico City.

Meanwhile, McLaren scored just one point as Daniel Ricciardo clashed with Valtteri Bottas on the opening lap and Lando Norris started from the back of the grid due to an engine-related penalty.

"I think it's going to be very tight," Leclerc told media, including RacingNews365.com. "It's going to be up to which team is going to do the least mistakes because we are very, very closely matched.

"I think the one who will do the less big mistakes will win. I think Mexico has been a good example of this.

"We've taken a big opportunity with both of the Mclarens quite far behind. We managed to gain quite a bit of points, which I think is an important time for the third place in the championship."

Sainz agreed with Leclerc's comments, but made it clear that McLaren's poor result in Mexico was exaggerated by Ricciardo's incident on the opening lap.

The Spaniard also believes that the McLaren is particularly strong in high-speed corners compared to the Ferrari.

"I think it's going to be super tight to the end, mainly because you get an example of Mexico, in Turn 1, Daniel was ahead of us and that's a fact," said Sainz.

"McLaren is in the mix every weekend. Then obviously he had the crash, but up until Turn 1, there was a McLaren in front of the two Ferraris.

"They have their strengths. They have very good starts, a car that is very good in high-speed corners.

"As soon as we go to tracks that are more favourable to them, then it's going to be tricky to beat them."