Valtteri Bottas might have finished behind Max Verstappen at the Spanish Grand Prix but, according to former F1 driver Jolyon Palmer, the Finn also exposed a key issue for Red Bull. 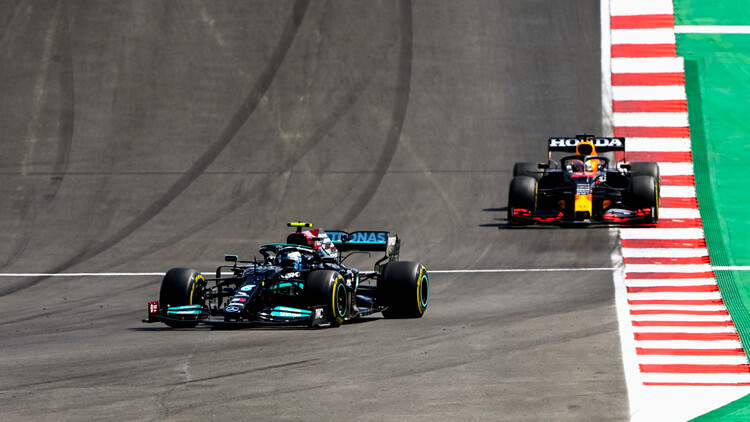 Despite some controversy over whether he held up teammate Lewis Hamilton during the race, Bottas still put in a solid performance to finish in third place behind Hamilton and Max Verstappen respectively.

Palmer believes that it is this trait of reliability that has kept Bottas at Mercedes for several years, something that is in opposition to Red Bull's driver situation, with Sergio Perez currently unable to provide the same sort of back-up to Verstappen.

"Bottas has been retained by Mercedes for four years now, and that is because Toto Wolff clearly appreciates his value as a second driver - being quick enough to help so often and even win when Hamilton isn’t on top form," Palmer told Formula1.com.

"The contrast to the Red Bull second driver situation has been clear over the last few seasons, and was again on Sunday as Bottas at least fell within the pit stop window of the leaders at the final stop, unlike Perez.

"Despite being held up by [Charles] Leclerc early on, he had the pace to stay only 10 seconds adrift for much of the race.

"But in Barcelona, you could argue Bottas was actually more helpful to Verstappen than Hamilton in the Grand Prix. Hamilton winning has meant Mercedes can gloss over the fact, but if he had narrowly missed out, there would have been a serious fallout from the situation."

Perez is in his first season with Red Bull after his predecessors Pierre Gasly and Alex Albon both struggled to match the performance of Verstappen.

Bottas, meanwhile, may not be leading the charge but has often showed he has the pace to compete against or finish closely behind Hamilton. His third place at the Spanish Grand Prix also meant that the Finn is now in third place in the drivers' standings, whilst Perez is in sixth.