Christian Horner is expecting more close racing between title rivals Max Verstappen and Lewis Hamilton during the rest of the 2021 season, but hopes that further collisions can be avoided. 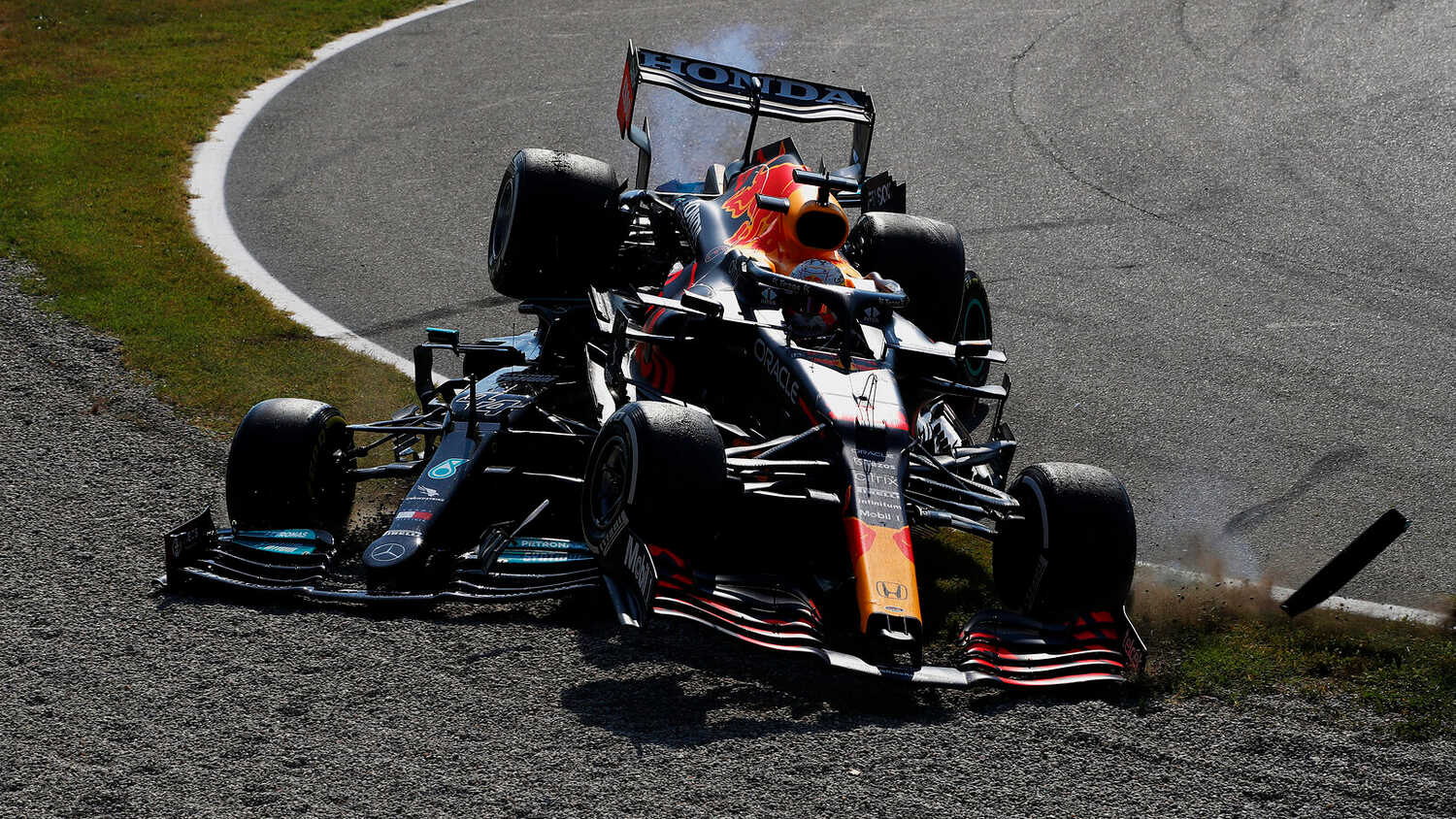 Christian Horner has said that the solution to preventing any further run-ins between Max Verstappen and Lewis Hamilton is for the Dutchman and Red Bull to ensure he is ahead on track.

The title rivals had another controversial collision at the Italian Grand Prix, which resulted in both drivers retiring from the race and Verstappen receiving a three-place grid penalty. This incident followed on from their previous crash at Silverstone.

Given that Verstappen and Hamilton only ended up near each other on track at Monza due to issues at pit-stops, Horner is hopeful that in future Verstappen and the team can make sure he is in front of the Mercedes.

"Well, we try and make sure he's ahead on the circuit, that's the easiest way," Red Bull team boss Horner told select media, including RacingNews365.com, when asked about how to avoid any further contact.

"The reality is that neither of them should have been anywhere near each other. Unfortunately, the pit-stop that we had conceded time for Max.

"Lewis should have been well clear and then obviously the issue at his pit-stop put the two of them pretty much alongside each other, so the easiest way to avoid an incident is to be far enough up the road.

"But I've got the feeling that they're going to be racing hard. It's been so tight between the two of them. The two teams have been separated by merely a tenth on average over the season to date, and I think that's likely to continue over the last third of this championship."

Horner is realistic about the possibility of further collisions between the drivers.

"They're racers and they're going to race," said Horner.

"To sit here and say they're never going to touch each other again in the next eight races... I doubt very much [Mercedes team boss] Toto [Wolff] has that control over Lewis, and we don't over Max.

"It's down to them in their car, racing for the biggest trophy in motor racing. There's eight races to go...

"Obviously we want it to be a really competitive, clean run into the end of the season, but inevitably when the drivers are starting next to each other so often, and they're racing at venues that are very tight... Max is a no-quarter kind of guy, Lewis has demonstrated that he doesn't want to give anything either.

"When you get two racers of that mentality, you get incidents. Monza was unfortunate. I think it was a dramatic-looking accident at slow speed, it was neither driver wanting to concede, and the end result was what we saw."

Verstappen will start from the very back of the grid in Russia after taking on his fourth Honda power unit of the season, adding to the penalty he had already received for the clash with Hamilton.