Horner hints Red Bull would consider Russell if he was available

As speculation continues over George Russell's future, Christian Horner believes that the young driver has earned the chance to step up to a leading team. 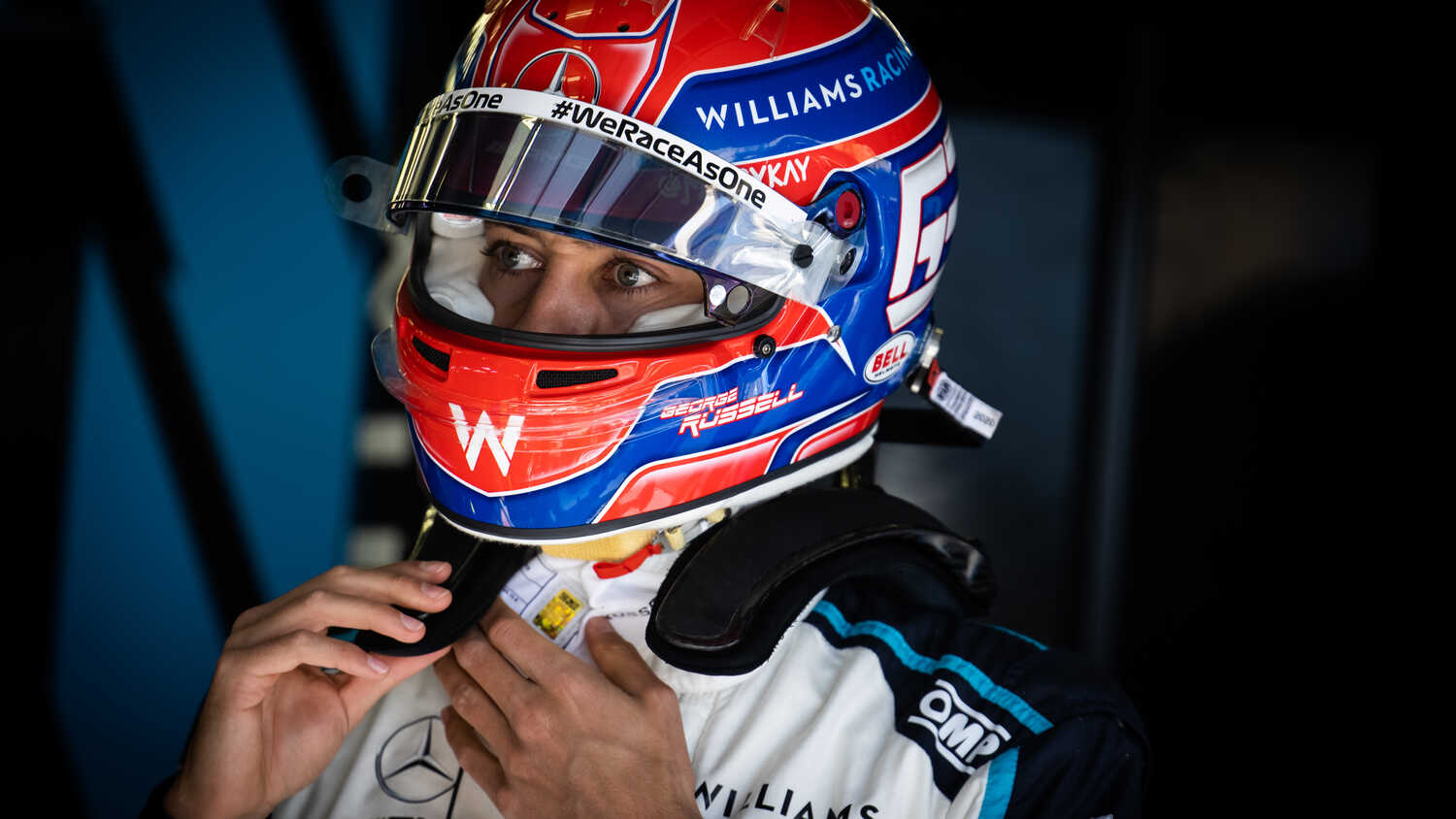 Christian Horner has hinted that Red Bull would consider George Russell if he was available.

Speculation is continuing over whether Russell will become Lewis Hamilton's teammate at Mercedes in 2022, though Russell has confirmed that his future will not be announced at the forthcoming British Grand Prix. Horner believes that Russell has earned the opportunity to race for a leading outfit and also thinks the Williams driver would be a popular prospect to many teams if he was on the driver market.

"I think if George was on the open market there would be a lot of teams looking to snap him up, because he’s a great young talent," Horner told Sky Sports F1.

"But he is under contract to Mercedes and I’m sure they have a clear plan for him. He’s going to be champing at the bit to get his chance now. He’s served his apprenticeship and he’s obviously ready for that next step."

When asked if Red Bull would be one of those teams to consider Russell, Horner said: "If George was to be on the market you’d be foolish not to look at him, of course. I don’t believe that’s the case because of his agreement with Mercedes."

With Mercedes boss Toto Wolff previously stating that the 2022 Mercedes seat would either go to Russell or Valtteri Bottas, Horner thinks that Wolff should give the opportunity to Russell.

"Lewis and George would be a strong dynamic. It would be great for British motorsport. I think he’s served his apprenticeship now."

Meanwhile Red Bull look set to continue with their current driver line-up into 2022. Max Verstappen is under contract until 2023, whilst recent reports have suggested that Sergio Perez will remain with the team for another season.