Red Bull boss Christian Horner believes Toto Wolff is under a pressure he's never experienced before as the boss of Mercedes. 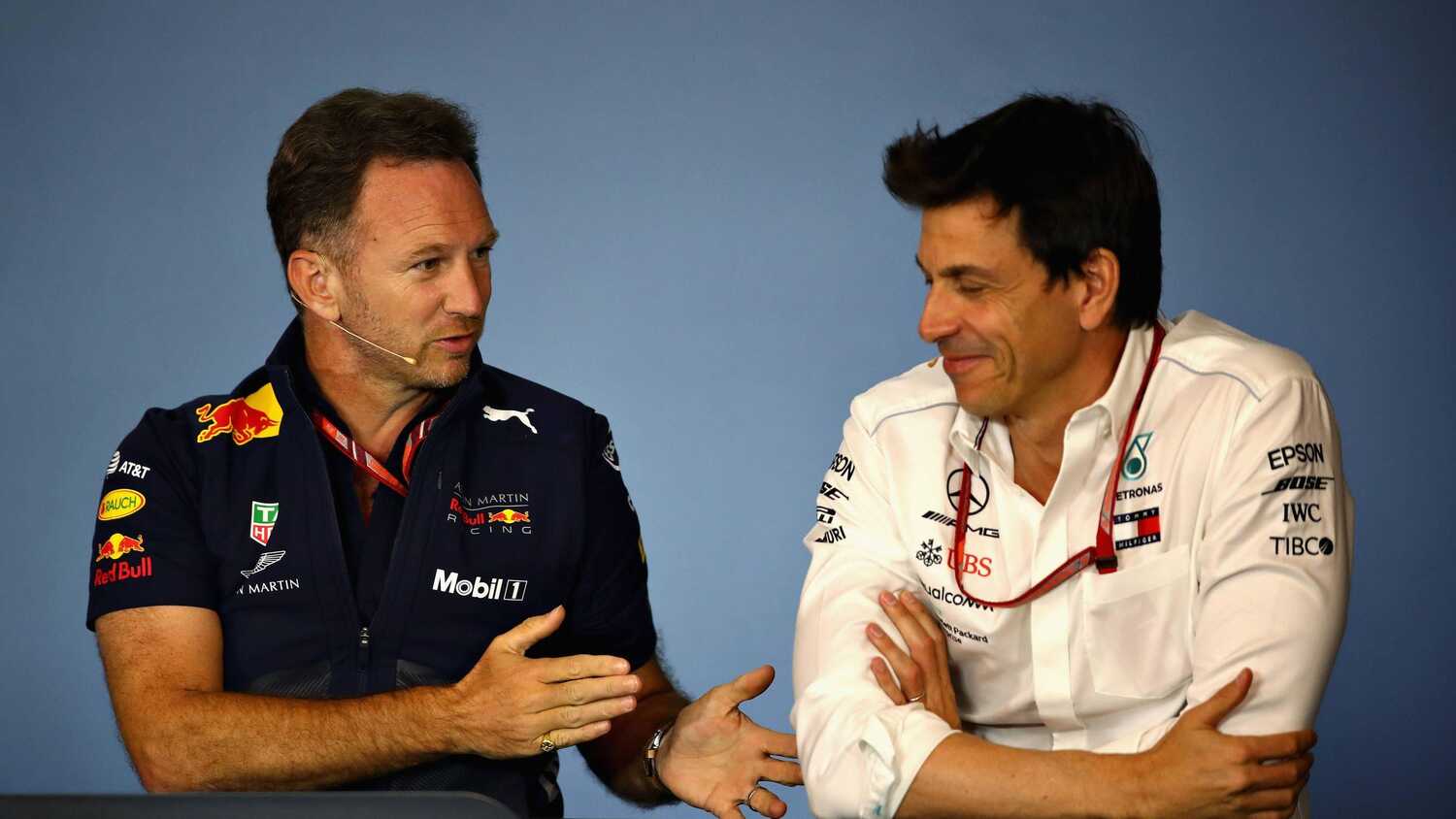 Red Bull team boss Christian Horner has pointed out that his Mercedes counterpart Toto Wolff is facing a unique type of pressure this season.

The off-track sniping between Wolff and Horner has been almost as spicy as the on-track battle between their drivers, with neither boss particularly enamoured by the other as they've engaged in a war of words through the media.

"I have no issue with Toto but we are very different people," Horner told The Guardian newspaper in an interview ahead of the United States Grand Prix.

"I tend to be quite straight and quite direct, that's the way I've always operated. He operates in a different way, but I have a lot of respect for what he's done."

But Horner pointed out that Wolff inherited success at Mercedes, given he joined the team in 2013 when the foundations for the hybrid era had already been laid out by Wolff's Mercedes predecessor Ross Brawn.

Horner added: "[Wolff] came into the sport with Mercedes in 2013 and the structure was already in place. Ross Brawn had built that team. Lewis had already been signed.

"Toto's done a tremendous job operating the team and maintaining their performance. But of course, he's never experienced anything other than winning. So it's a different type of pressure now. It's tough."

With Mercedes facing a much tougher external challenge for the first time since Ferrari managed a sustained title tilt in 2017 and 2018, Horner believes that the politicking behind the scenes from Mercedes is on a completely different level to what Red Bull faced during their title years from 2010 to 2013.

"Compared to the championship years when we were competing with Ferrari and McLaren from 2010 to 2013, this has been very different," Horner said.

"There is an awful lot more going on behind the scenes, constant campaigning of the FIA with all aspects of our car.

"You have to defend yourself if you come under attack, as we have from the very beginning of the year – whether it was the concept of the aerodynamics with the FIA, to pit-stops to other aspects of the chassis, you name it."