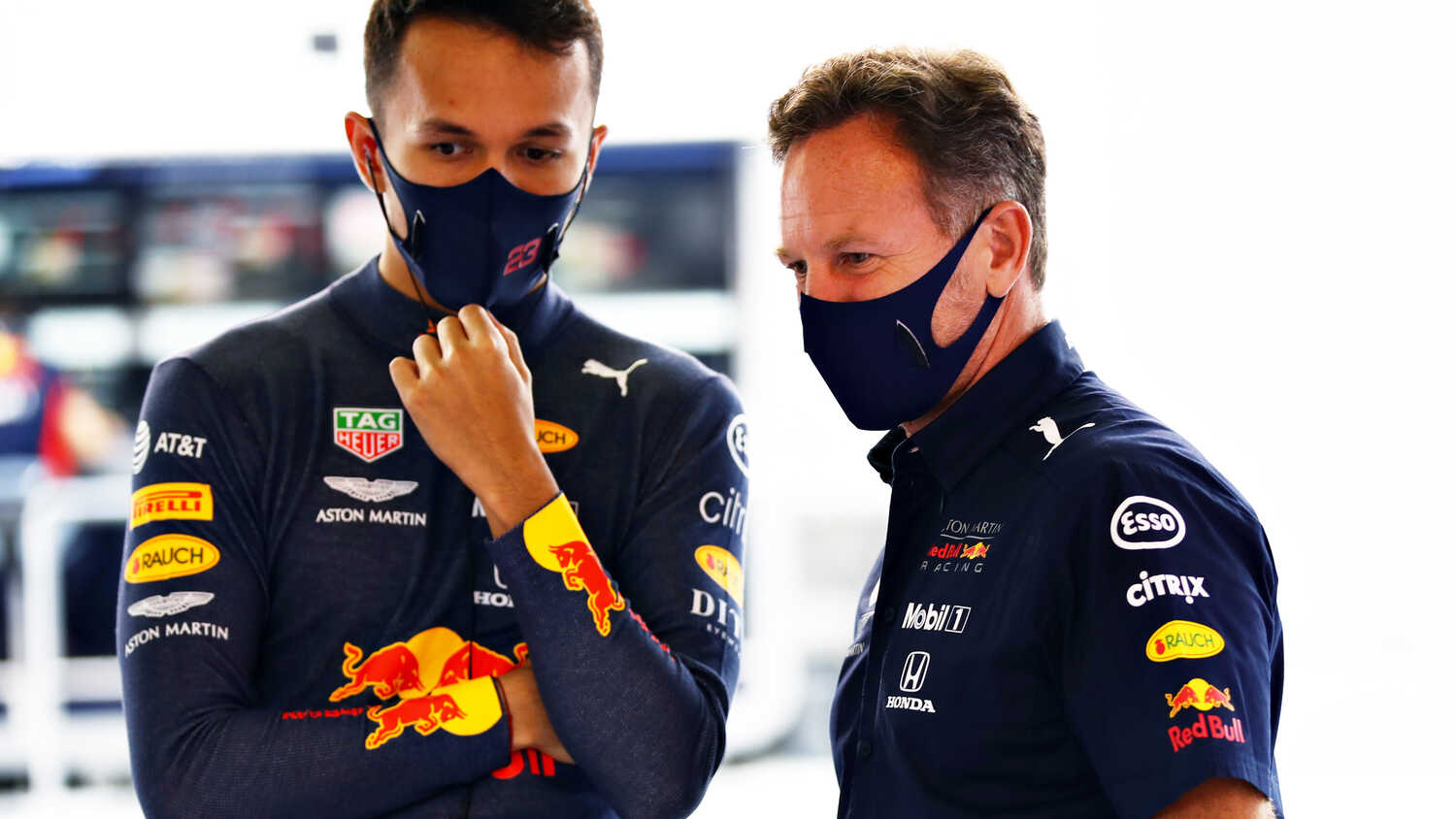 Albon who lost his race seat to Sergio Perez this year is currently serving as the team's official reserve and test driver. The Thai racer has also spent a considerable amount of time on the team's simulator aiding in the set-up changes that ultimately won the team F1's flagship event.

"We were not in great shape on Thursday in Monaco and Max was not particularly happy with the car but the work behind the scenes, the work Alex has been putting in on the sim, all helped to turn it around for Saturday," Horner said on his column for RedBull.com

"We made some good set-up changes, got Max and Checo [Perez] a lot happier with the car, and Max was obviously gutted to miss out on pole with the red flag.

"We all went into Saturday evening a little frustrated because we all knew how difficult it would be to overtake, but Ferrari’s misfortune turned into our good fortune and it was important for us to convert the opportunity."

Horner also looked ahead to the race at Baku, optimistic that his team could once again challenge for the win.

"Mercedes have been mighty there but we did win with Daniel [Ricciardo] in 2017," Horner elaborated.

"It is an unforgiving street circuit and anything can happen. Overtaking is possible, unlike at Monte Carlo, and the characteristics of the circuit are very interesting."

The Austrian team's principal was also curious to see how Ferrari will perform, given their pace at Monaco.

"Of course it will also be interesting to see too if Ferrari’s form carries through because that will be great for the championship," Horner stated.

"Seeing six cars in contention and fighting for wins is better than having just two."