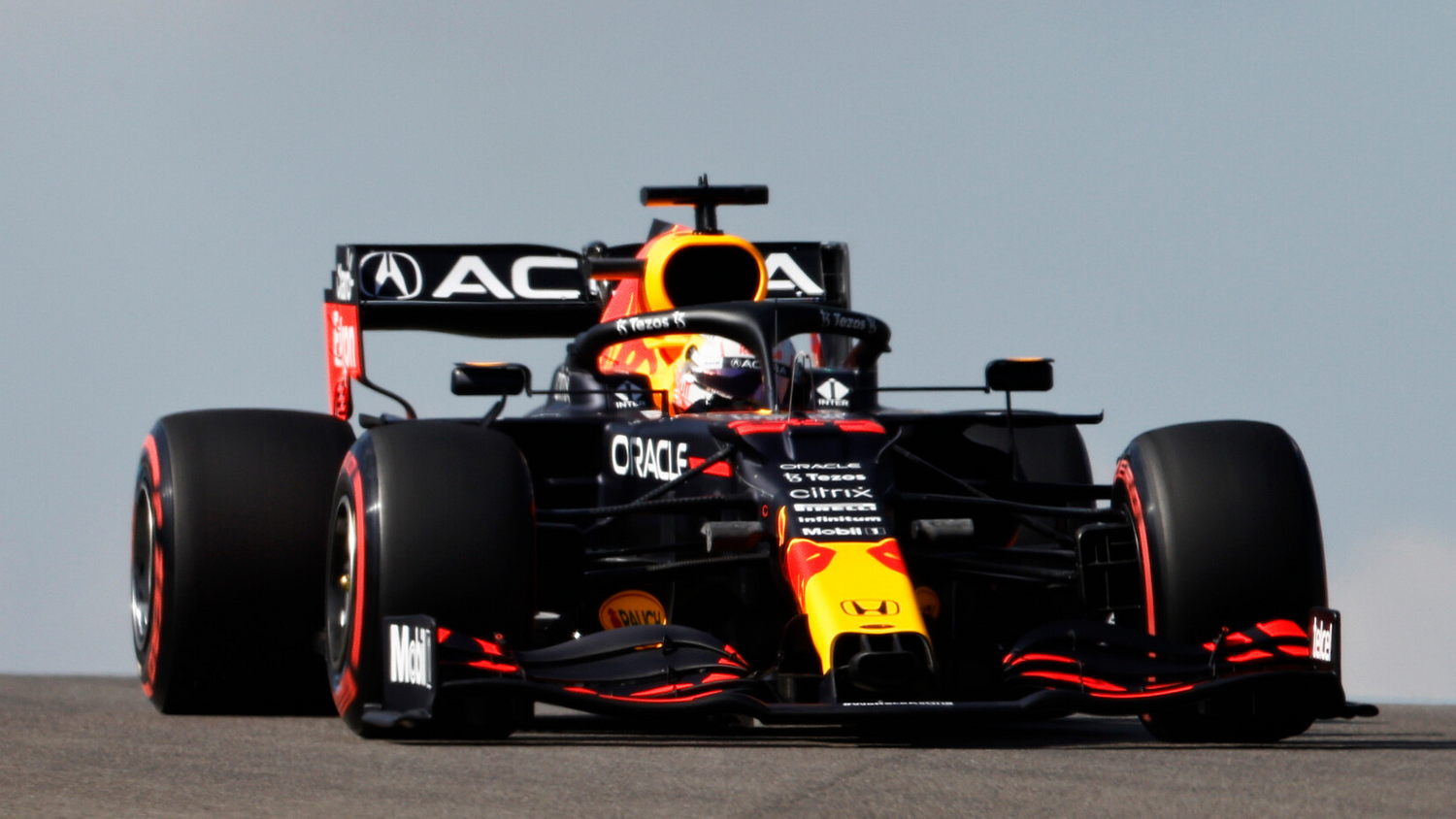 Christian Horner has labelled Lewis Hamilton's attempt to race Max Verstappen during the second practice session at the Circuit of the Americas as "playground activity".

Early on in FP2, Hamilton opted against staying behind the Red Bull driver at the start of a flying lap and got alongside Verstappen into the final corner. This forced Verstappen wide, with both then accelerating to full speed to start the lap side by side. With Hamilton having the high ground, he forced Verstappen to back off into Turn 1, although both drivers' laps were compromised as a result of the incident.

It led Verstappen to show Hamilton the middle finger in response, with the Dutch driver getting on the team radio to laugh "stupid idiot" about his title rival.

Asked about whether it was a bit of gamesmanship from Hamilton towards his driver, Horner said he didn't believe there was more to it than met the eye.

"I think there's not too much to read into it," Horner told select members of the media, including RacingNews365.com.

"It's like playground activity really. Max had passed Lewis earlier in the lap, Lewis then obviously felt that he wanted to pass Max at the end of that lap, and then they drove around, drove down to the first corner.

"Then it all got a bit messy. I think Max indicated that he would have been first on the road! So I wouldn't read too much into it."

Verstappen himself wasn't particularly interested in talking about the incident after the session, saying he "didn't understand" what Hamilton had been up to.

Verstappen had a somewhat scruffy practice session, ending the day down in eighth place after failing to put in a representative time on the Soft tyre. This was due to him encountering traffic on his main flying lap, with Verstappen choosing to return to the pits.