Hill: Ricciardo may have underestimated Norris

Daniel Ricciardo has had a tough start to his McLaren career as he continues to try to find confidence in the car. Damon Hill believes that his struggles could also be down to the skills of teammate Lando Norris. 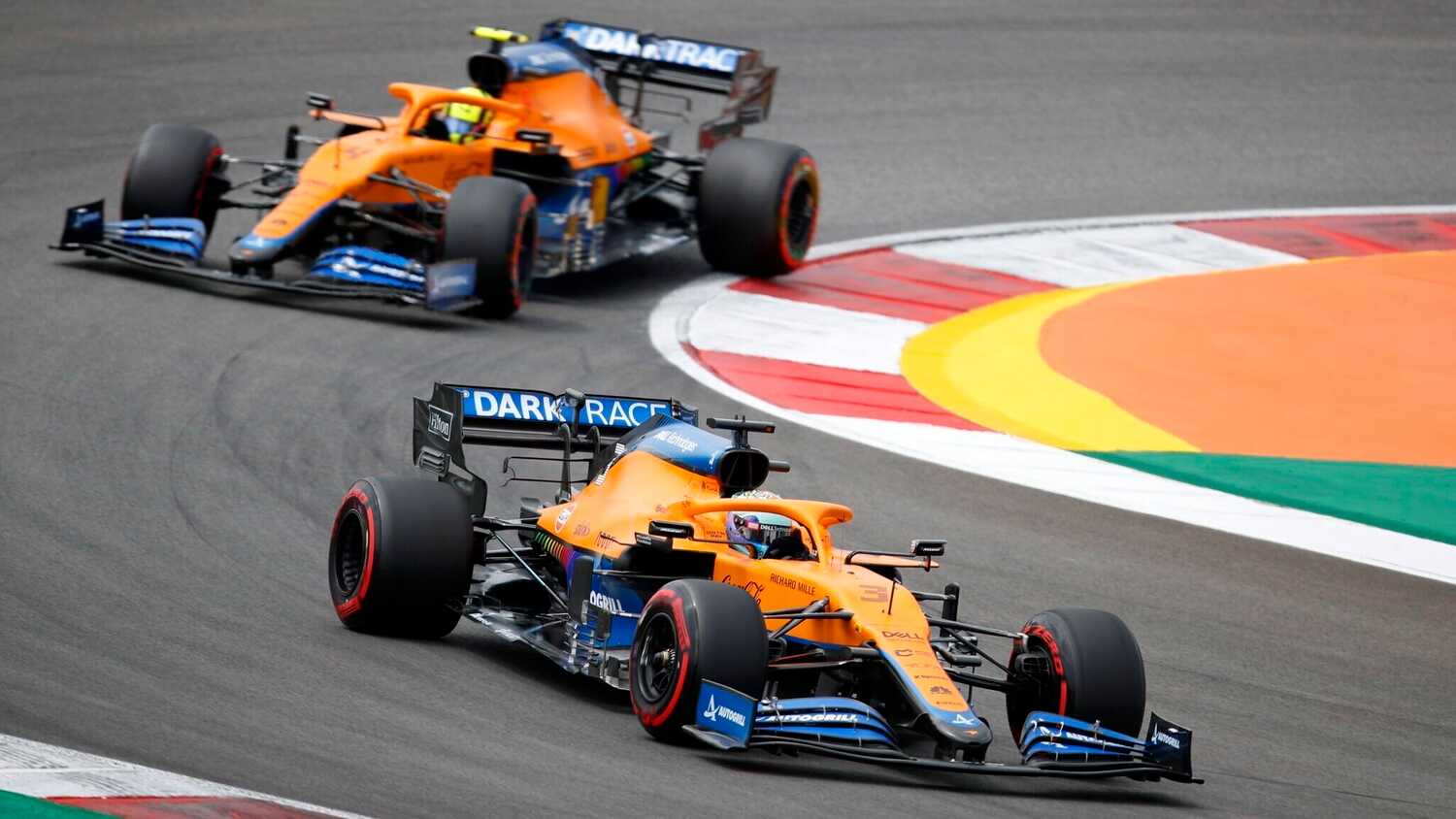 Daniel Ricciardo's struggles at McLaren could partially be down to underestimating new teammate Lando Norris, according to Damon Hill.

The Australian has been outperformed by Norris during the first part of the season and has struggled with adjusting to his new car, having joined the team in 2021 following two years at Renault. Hill believes that Ricciardo will have to get used to Norris being stronger than he may have anticipated.

"It's too early to call Daniel Ricciardo having a problem," Hill told the F1 Nation podcast.

"I think that it may be that Lando is a tougher nut than he expected. He may have underestimated it. He's just going to have to get used to that."

Both Hill and fellow pundit Tom Clarkson - who conducts the driver press conference interviews during Grand Prix weekends - feel that there has been a change in Ricciardo's usual off-track demeanour since his tough start to the year.

"I was saying earlier about Lewis [Hamilton] being so comfortable with the media - he strikes me as someone in a really good place this year mentally," Clarkson explained.

"Daniel Ricciardo less so, in that he [is usually] Mr Extrovert. He'd come into any press conference and crack a few gags before we kicked off, all that kind of thing. We're seeing none of that."

Hill added: "It's more noticeable because it's a bigger drop off with someone like Danny, who was very up and someone who liked to play up to the camera and so forth."

Whilst Hill thinks that Ricciardo has been finding more pace recently, he isn't convinced that the upcoming French Grand Prix at Paul Ricard will suit the Australian's style.

"It might not be the hustley kind of track that Danny likes. He could get stuck within the bounds of the car.

"Sometimes you just can only go as fast as the car will go, because other times you can use a bit of flair to overcome deficiencies in the car. But if there's no deficiencies, you're stuck."