Hill questions whether Verstappen is struggling with limelight more than Hamilton

Max Verstappen has attracted attention for some off-track outbursts recently and Damon Hill believes that the Red Bull driver is not yet skilled at dealing with the media side of F1. 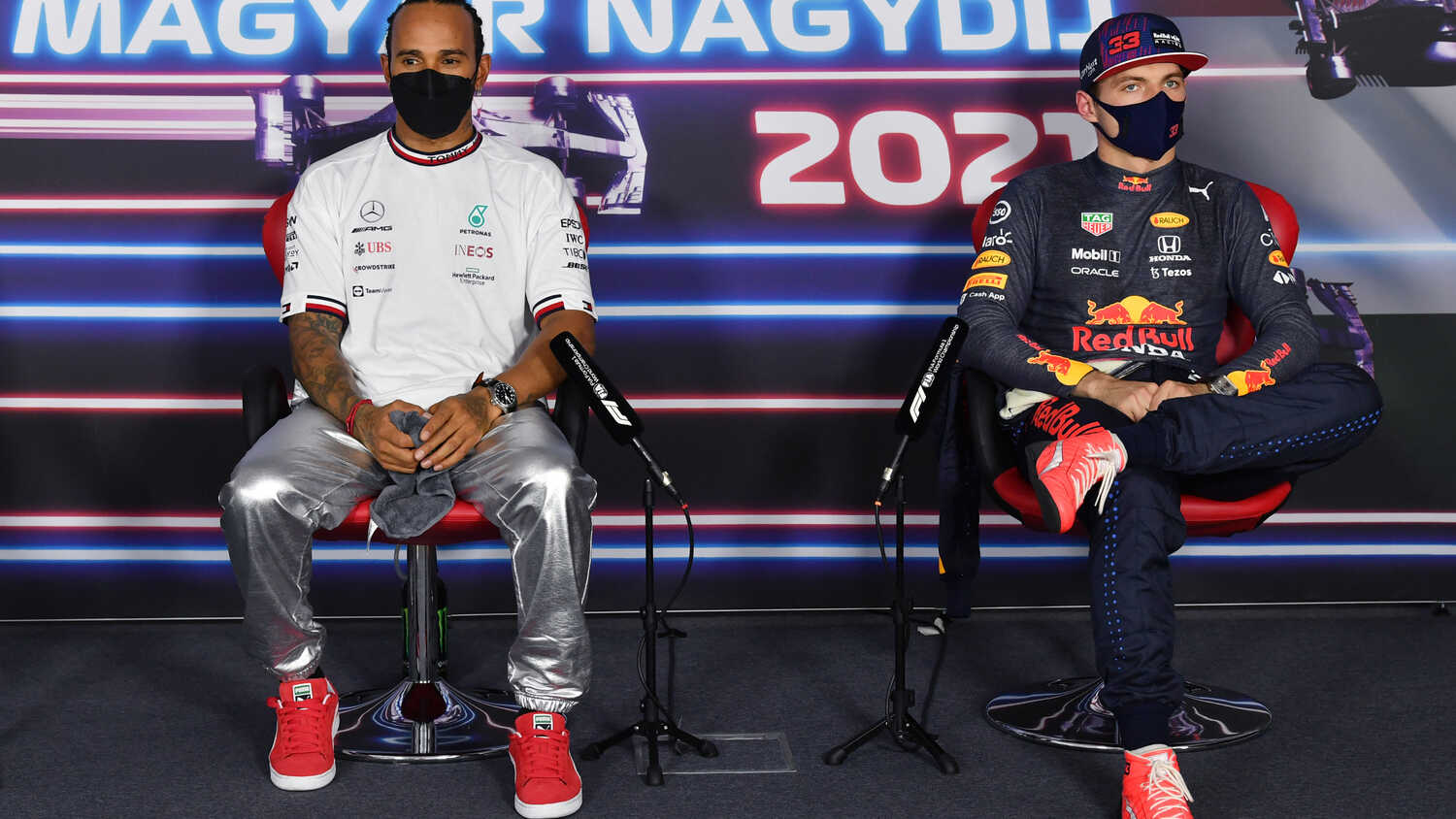 Damon Hill has questioned whether Max Verstappen may be struggling with being in the limelight following a recent off-track outburst.

The Red Bull driver swore during the post-qualifying press conference in Hungary after becoming frustrated over questions about another potential first-lap incident with Lewis Hamilton. Hill thinks that Verstappen needs to learn to deal with this side of being an F1 driver just as Hamilton has done.

"It's not fair because Tom [Clarkson, the journalist who conducts the driver press conference interviews] has got a job to do," Hill told the F1 Nation podcast. "And it's not realistic to enter into this sport, or any sport that's got a huge following, and not expect people to ask the awkward questions.

"I think that maybe Max is struggling, perhaps he wants to have a quiet life and just race his cars. Well Lewis has had that introduction from a very early age and he's dealt with it, and he's learned to deal with the media.

"I think maybe he's more adept at dealing with it now than what he was. This is another skill that professional sports people have to learn, not to be riled by being asked the same question over and over and over again, even though you want to scream sometimes."

Former Formula 1 driver Allan McNish - who is now a team principal for Audi's Formula E outfit - agrees that Verstappen could benefit from further support in terms of PR.

"With my team principal hat on, I would go to our internal PR and say, 'Right, what is going to happen now? We need to protect our driver and make sure he's got strategy to be able to achieve it as well,'" McNish explained.

"Because you can't just set the driver out there to be the target. You've got to give him a little bit of support and defence behind.

"I think there could have been a little bit more done in that area. Tom's got the right and every media's got the right to ask the question. The driver has got the right not to answer it, but if he does answer it he's got to be polite, and unfortunately with this one it wasn't quite the occasion.

"It didn't work out that way, but I do think there you can look to the support mechanism behind them as well and think maybe that could have been beefed up a little bit more."