Hill: Hamilton not looking so hot in Mexico

Red Bull led the way in the final practice session for the Mexican Grand Prix, and Damon Hill wonders if Lewis Hamilton is feeling the pressure ahead of qualifying. 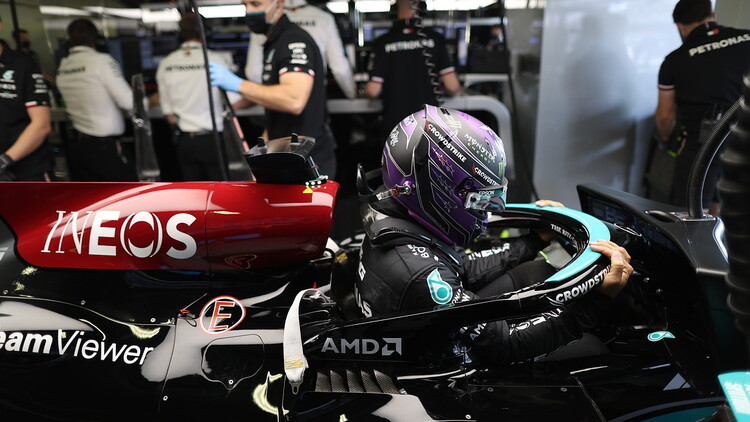 Damon Hill wonders if Red Bull's advantage in Mexico is getting to Lewis Hamilton after the Briton finished nearly seven-tenths back on Sergio Perez in FP3.

While the Mercedes duo of Lewis Hamilton and Valtteri Bottas ended the session P3 and P4 respectively, the seven-time World Champion was over half a second adrift of the leading Red Bull.

Hill questioned whether the gap seen on track so far this weekend is getting to Hamilton after another strong showing from Red Bull.

"He [Hamilton] sounded a bit forlorn, didn't he? With his comments on the radio and remarks on the gap between himself and his title rival," 1996 World Champion Hill said on Sky Sports F1 following FP3.

"[He's] not looking so hot, but then Max's lap wasn't so brilliant either. He was a bit unhappy with his attempt at the time, but Sergio must be delighted."

All eyes on Perez?

Perez's marker of 1:17.024 came with five minutes remaining in FP3, and Hill noted that the Mexican's ability to get his tyres up to temperature was key to his performance.

Hill added: "He [Perez] hadn't been out and done a time. Then he did a slow recharge lap, and then he got his time on his third lap with the tyres.

"So this indicates the tyres being quite durable, and that maybe heat build-up in the tyres is important."