The thought of Lewis Hamilton and Max Verstappen going head to head for the world championship this season has the F1 world abuzz with excitement. Here are just some other instances of the driver's world championship being contested between the master and the apprentice. 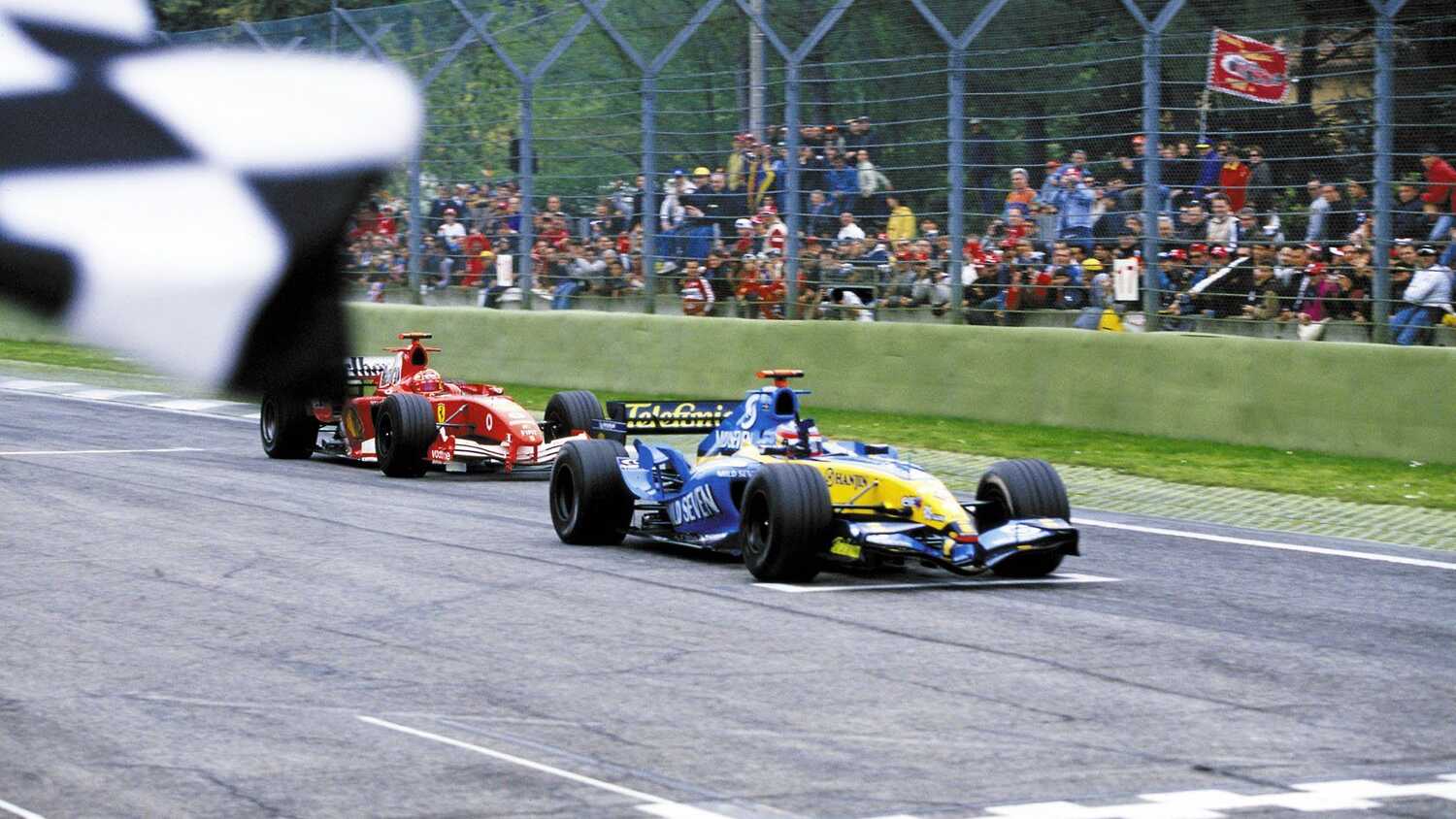 The 2021 season might deliver an F1 title fight for the ages. With Red Bull looking like the team to beat after the opening round in Bahrain, many are anticipating a titanic clash between Max Verstappen and Mercedes driver Lewis Hamilton.

Hamilton comes into this season as the grizzled veteran with seven world championships already to his name - on a mission to depart the sport as its most successful ever driver.

However, waiting in the wings is the mercurial Max Verstappen, blessed with raw talent, youthful exuberance and the desire to take Lewis' crown.

If they do end up going toe to toe, it wouldn't be the first time we've seen great drivers from two different generations contest F1's top prize - as the following list demonstrates.

If any entry mirrors what we are currently seeing between Lewis Hamilton and Max Verstappen, it is surely the 2006 duel between Michael Schumacher and the heir apparent to his crown - Fernando Alonso.

Just like in 2021, this rivalry pitted a seven-time world champion against a supremely talented young driver who had already been in the sport for a number of years. The major distinction between what transpired then, and what is taking place now, is that Fernando Alonso had already won the F1 world championship by the time of this particular battle.

With Ferrari suffering massively in 2005 due to new tyre regulations, Alonso's only real competition for the title that year was Kimi Raikkonen of McLaren, who unfortunately lost out due to a series of spectacular DNF's and mechanical failures.

However, twelve months later, we were treated to a crossroads contest, between 37-year-old Michael Schumacher, and 24-year-old Fernando Alonso. The Spaniard may have already won a world title, but this time it was different, as he would have to try and beat one of the most prolific and ruthless drivers the sport had ever seen.

In the end, Alonso would prevail by 13 points, despite both drivers each having won seven races that season. By 2006, Ferrari were revitalised, but a mechanical issue for 'The Michael' at the penultimate race in Japan all but handed the drivers title to Alonso for the second season in a row. 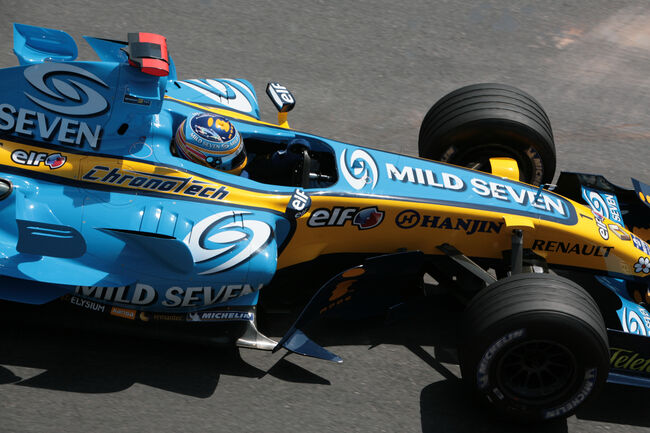 McLaren have a rich history of pairing legendary drivers together as teammates. We were treated to Alonso v Hamilton, Senna v Prost, and most pertinently of all, Lauda v Prost.

In 1982, Niki Lauda returned to F1 with McLaren, following a three-year sabbatical from motor racing. Within two years, his new team had managed to assemble a car capable of winning the world championship. The path to a third title wouldn't be simple, however, as he would have to best his supremely talented teammate - Alain Prost

Prost had already come close to winning a championship with Renault three years earlier, but now the man of the moment was tasked with beating the legendary Lauda, who had already won it on two separate occasions.

There may only be six years (age-wise) separating the pair, but Lauda was very much the dominant driver of the 1970s, while the 1980s would be defined by epic tussles between Prost and the legendary Ayrton Senna.

The 1984 season produced one of the best teammate battles we have ever seen, as Lauda won the title by half a point. The Austrian didn't take a single pole position throughout the entire season, but his consistency on race day, and vital experience in testing moments made all the difference. 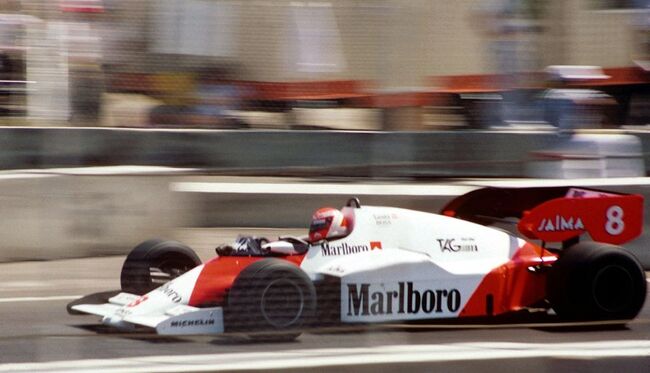 In terms of famous motorsport images, it doesn't get any more iconic than Juan Manual Fangio cruising around circuits in his Silver Arrowed Mercedes, trailed closely by his young teammate, Stirling Moss.

The pair were utterly dominant during their time together at Mercedes, though it was very much old man Fangio who held the upper hand. The Argentine was already 44 by the time they became teammates - and was the reigning world champion having triumphed the year prior.

Moss, by contrast, was 26-years-old in 1955, with his best racing years still very much ahead of him. This season, which was to be their only campaign as Mercedes teammates, has been etched into F1 folklore, on account of the sheer domination the German team enjoyed over the rest of the field.

Fangio would end up winning the championship at a canter, having won four of the seven races that year. Moss' only victory came at his home Grand Prix at Aintree, a bone of contention for some, who speculate that Fangio handed his young teammate the win due to its sentimental significance to the Brit. 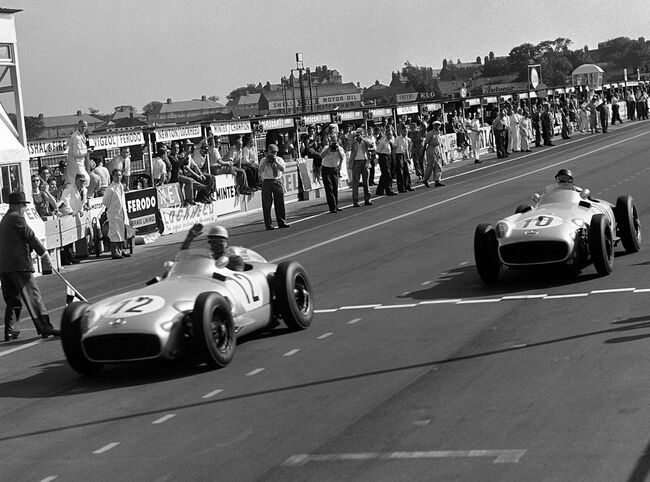 World title fights between drivers of the same nationality is a rare occurrence in and of itself. But add in the extra intrigue of a generational gap, and you have a truly memorable campaign.

These are the exact ingredients that made the 1968 F1 season so memorable for British fans, as Graham Hill battled to win the championship against young Matra driver Jackie Stewart, who was lying in wait if the Lotus man floundered. Hill already had a world title to his name after storming to victory in 1962, which also saw Lotus top the constructor standings for the very first time.

The man who came closest to stopping him in 1968 was none other than Jackie Stewart, a driver who would go on to dominate F1 in the early 1970s. The Scot grew up idolizing many of Hill's contemporaries, as there was a 10-year age difference between the pair.

The 1968 season was Hill's finest in F1, as he won the championship for a second time - and by a sizeable margin. However, Stewart's placing of second in the championship indicated a changing of the guard, as he would go on to win the drivers world title in three of the next five seasons. 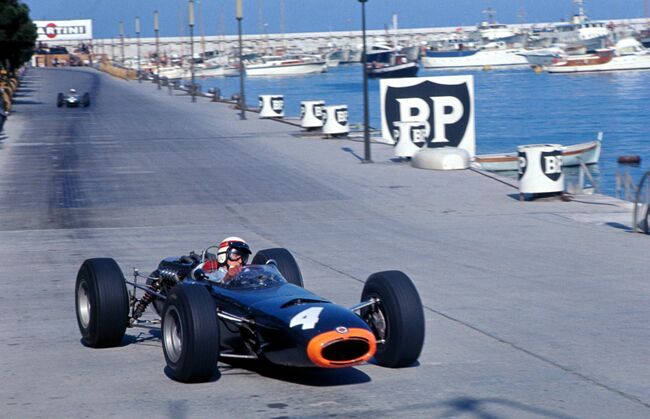 This was to be Michael Schumacher's sternest test during his utterly dominant spell with Ferrari in the early 2000s. Between 2001 and 2004, the German won the world championship with relative ease on all but one occasion - 2003.

The Italian team's struggles that season were well documented, as the likes of Williams and McLaren had managed to eat into Ferrari's advantage throughout the year.

The man who came closest to dethroning Schumacher in 2003 was Kimi Raikkonen, with the young Finn competing in just his second year with McLaren. His car had the speed, but it lacked reliability, an issue that ultimately plagued many of Adrian Newey's best McLaren designs.

Three retirements over the course of the season handed Schumacher his sixth world title by just two points, emphasising once again the importance of good reliability. It was an early sign of what was to come from Raikkonen, who would challenge for the F1 drivers title again in 2005 - before finally winning it two years later.

Ironically, the Flying Finn's world championship triumph came in somewhat serendipitous circumstances, as he was the man who replaced Schumacher at Ferrari for 2007. In a literal sense, Kimi was Michael's true successor. Will history repeat itself when Hamilton eventually departs Mercedes? 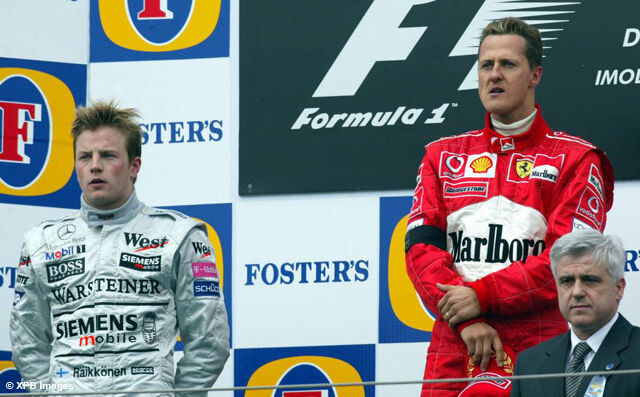