With the battle for the 2021 F1 World Championship edging closer to the finish line, Lewis Hamilton has a clear idea of what he wants to achieve at the final six races. 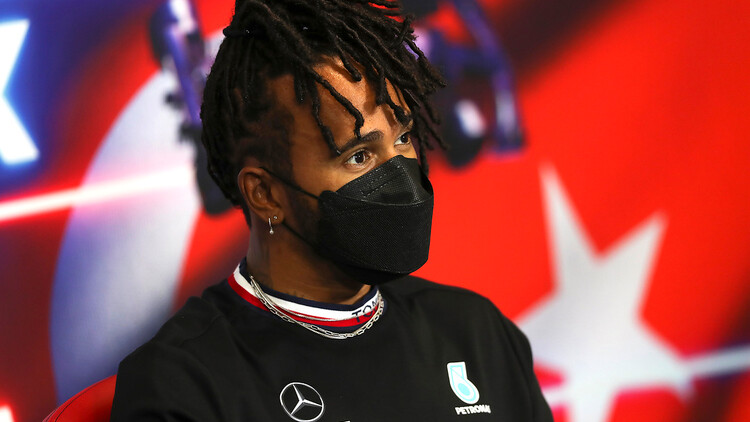 Lewis Hamilton says his goal over the final six races is simply to maximise his points haul, as he looks to leapfrog Max Verstappen in the Drivers' Championship.

Verstappen heads into this weekend's United States Grand Prix with a six-point lead over Hamilton, as F1 makes its return to the Circuit of the Americas for the first time since 2019.

When asked if it's important for Mercedes to pick up a win in the US, given that Red Bull are notoriously strong in Mexico, the next race on the calendar, Hamilton expressed his desire to make the most of every opportunity over the final six races.

"It's important to win every race, somehow maximising our points. That's our goal over these next six races," Hamilton told RacingNews365.com and other members of the media.

"It's going to be incredibly difficult, and there will be moments where perhaps we can edge them out. I don't like to assume that Mexico is not going to be strong, but they are usually very strong in Mexico.

"A lot can happen in these six races, so I think we just take it one race at a time and give it everything we [have] got."

Hamilton and Verstappen have had two high-profile collisions so far this season, but the Mercedes driver insists their relationship hasn't changed all that much now that they are battling for the World Championship.

He added: "Not really a huge amount to say, we have the limited communication... Maybe some of the drivers hang [out] more than others do. I wouldn't say I particularly hang closely with anybody here.

"Last year, we would see each other at the track and we would say hi. We'll do the same thing this year. It's no different for me personally."