Hamilton not concerned by Red Bull/Mercedes tension: It's what sport is

The rivalry between Mercedes and Red Bull has played out both on and off track during the 2021 F1 season, but Lewis Hamilton isn't worried about it overshadowing the racing. 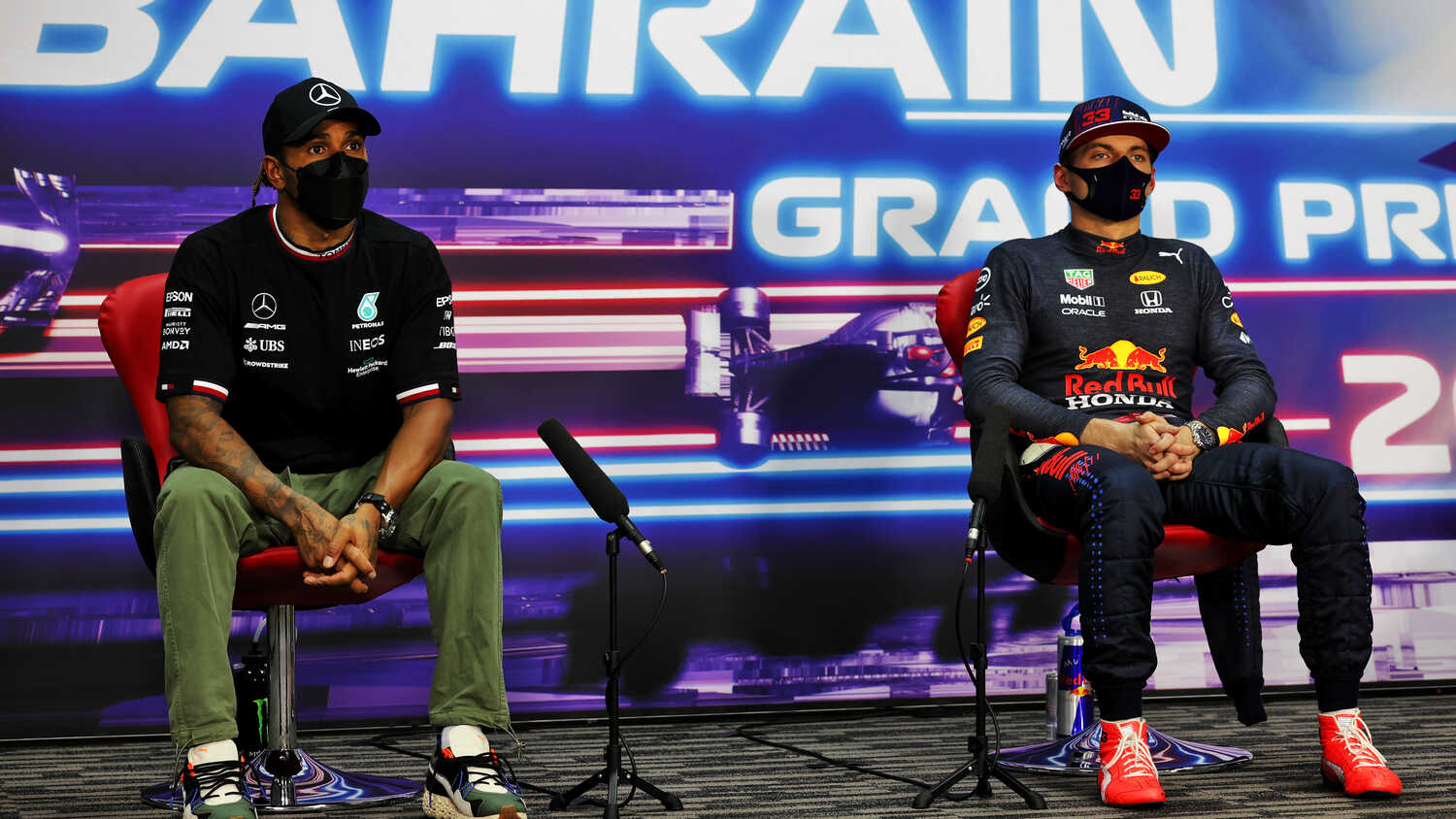 Lewis Hamilton is not expecting the off-track tensions between Red Bull and Mercedes to overshadow his title fight with Max Verstappen.

The rivalry between the two teams has increased in intensity throughout the 2021 F1 season, and appeared to become even more heightened following the events of the Brazilian Grand Prix weekend.

One week later in Qatar, there were some heated exchanges between team bosses Christian Horner and Toto Wolff in a pre-race press conference and, with two Grands Prix remaining in the season, it looks like the hostility will continue.

Meanwhile Hamilton and Verstappen remain in a fight for the World Championship, but Hamilton doesn't think that off-track goings-on will have any impact on the racing.

"I don't think so," Hamilton told media including RacingNews365.com.

Hamilton believes that all parties can engage in discussions to resolve issues, and hopes that everyone can maintain respect for one another.

"I think there's no reason why, as men, [it] can't be discussed and figured out," the seven-time World Champion explained.

"I think, at the end of the day, respect is definitely important. [It's important] that we remain respectful of each other, on and off the track."

Despite this, Hamilton previously said that he supported Mercedes in their right to review bid over his clash with Verstappen at the Brazilian Grand Prix, though stated that he had not personally been the one to push for it.

"I'm just not giving it any energy or time," Hamilton said ahead of the verdict of the review, which proved to be unsuccessful for Mercedes.

The battle for the title will continue at the Saudi Arabian Grand Prix. Verstappen currently leads Hamilton in the Drivers' standings by eight points, whilst Mercedes have a five-point advantage over Red Bull in the Constructors' Championship.