Hamilton: Moving to Ferrari was a short-lived idea

Lewis Hamilton has said that a switch to Ferrari was only ever a fleeting thought for him, given what he had already achieved through working with Mercedes. 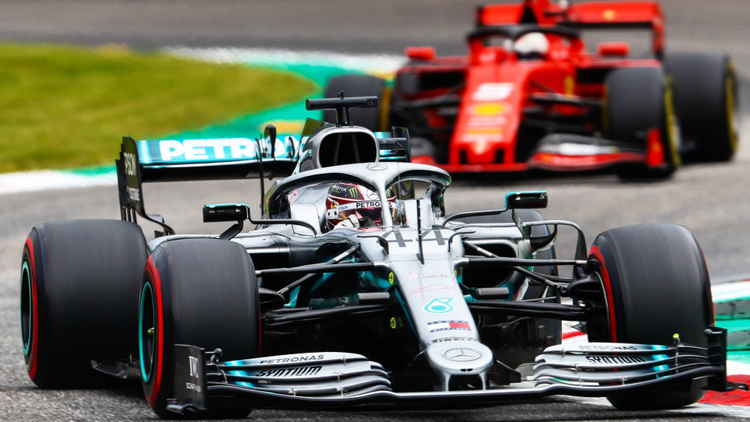 Lewis Hamilton has said that he never gave a switch to Ferrari a huge amount of consideration, having worked with Mercedes throughout his Formula 1 career.

Moving up to F1 with McLaren in 2007, the defacto Mercedes team back then, Hamilton won his first title in 2008 and has been powered by Mercedes ever since as he switched to the factory Silver Arrows team in 2013.

Former Ferrari team boss and current Formula 1 CEO Stefano Domenicali recently said that Hamilton had been a target for the Scuderia to sign, while Hamilton himself said it had been something he'd considered during his career but that it "wasn't to be".

Asked about his comments, Hamilton explained that a move to Ferrari was something he'd never put serious consideration into.

"I really have no reason to think about it," he told select members of the media, including RacingNews365.com.

"It was a part of each year, your end of the term, you have to do your due diligence and see what options you have. I'm really proud of where I am and what I've done with Mercedes.

"I always thought that, and I think I've said it before, it's a very short-lived idea of going [to] Ferrari, [it] was short-lived in the sense that, when you're with Mercedes, you're with the family for life."

Having won seven World Championships with Mercedes, six of which are with the factory Mercedes team, Hamilton said that he feels immense loyalty towards the German manufacturer.

"If you look at all the historic drivers that have driven from Mercedes, they've been with them until they're in their 90s," he said.

"Plus, we've achieved more than anybody. That's down to great teamwork, that's down to loyalty. I don't take that for granted."