Hamilton: I love being challenged

The seven-time world champion begins the Emilia Romagna GP from pole position and is likely set to face a stiff challenge from Max Verstappen and Sergio Perez. It's a battle he is thoroughly enjoying. 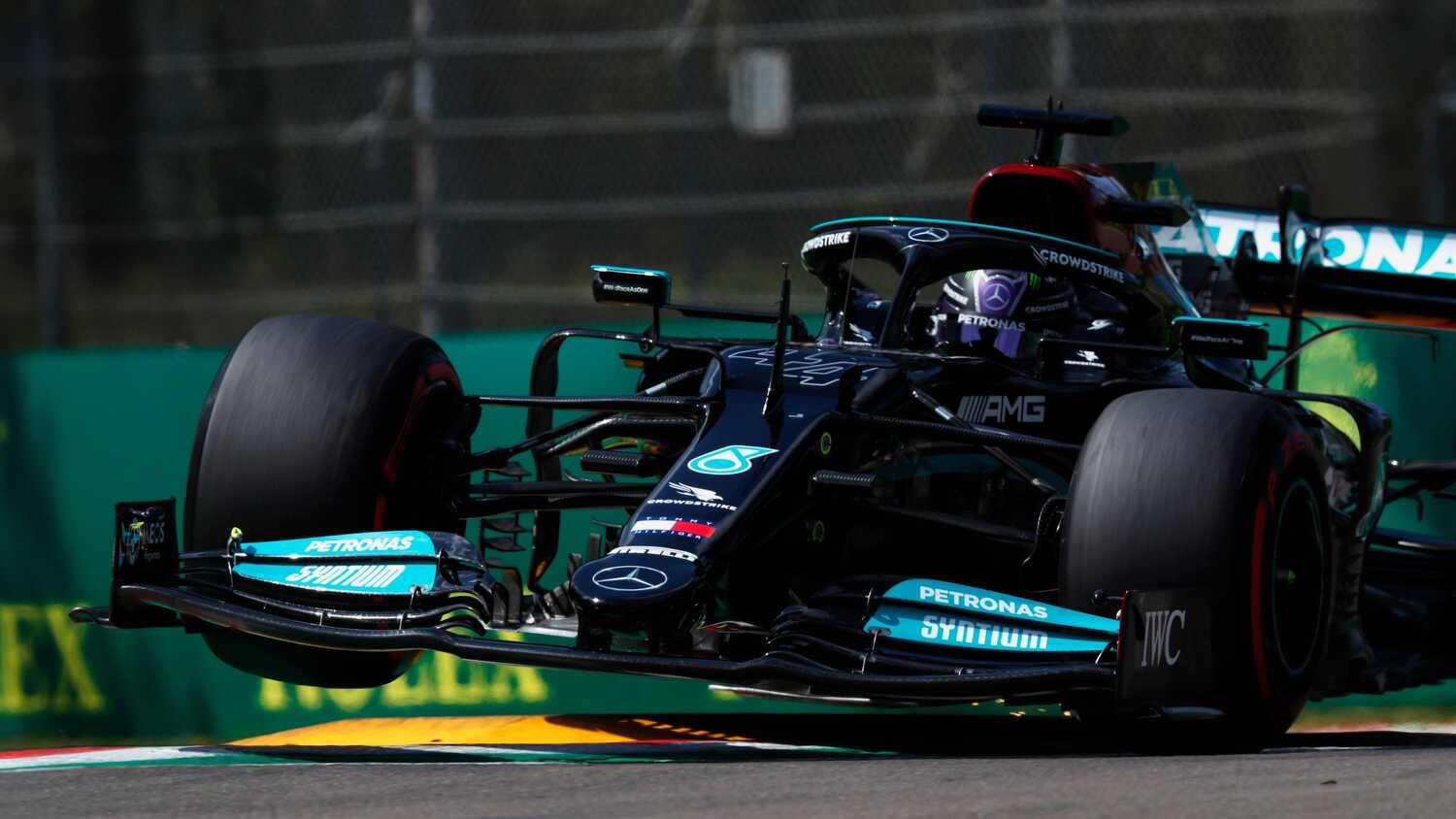 Lewis Hamilton feels Red Bull will be a major threat at the Emilia Romagna GP and believes Sergio Perez and Max Verstappen have a pace advantage over him.

The Mercedes driver is looking to make it back to back victories to start the season but is weary of the Red Bull challenge.

"I think Red Bull will be very fast today, they're quicker than us currently," Hamilton told F1 TV. "Verstappen made a mistake and lost two tenths but was still up going into the last two turns but I had a really good last two corners.

"They're gonna be fast today. If they were both on mediums it would be worse. The soft tyres have an advantage off the line so it's gonna be hard to keep Perez behind off the line.

"The tyre won't go as far as us so he will probably have to stop much earlier than everyone else. We will just do the best job I can."

Hamilton related his battle with Verstappen and Red Bull to his career prior to Formula 1 when he often raced his way through the field.

"I love it," Hamilton added. "This was how my life was before Formula 1. I always loved starting races at the back when I was young because we didn't have the best equipment and having to work your way through.

"I love being challenged. I love this challenge of competing with other great drivers and other great teams."