Hamilton hits out at critics: No one has the right to tell us to shut up

Lewis Hamilton is never one to back down from a fight on track, as his battle with Max Verstappen in Bahrain proved. He isn't afraid to face challenges off it either, as the Brit has been vocal about his push for equality. That's why Hamilton believes last season was his bravest yet. 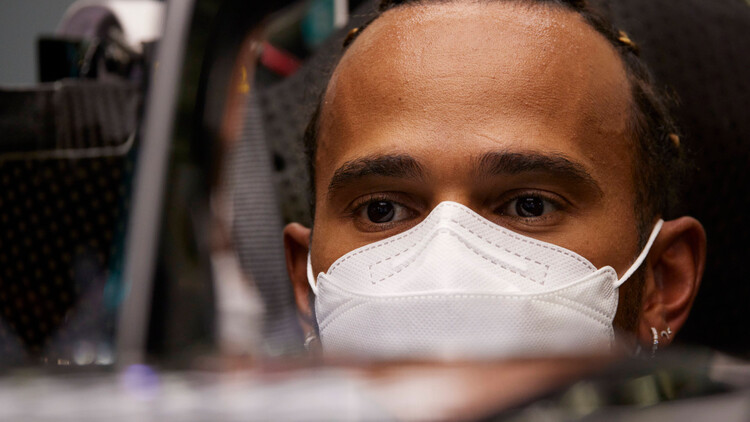 Although Lewis Hamilton has achieved ample success in F1, the Brit believes last season was his bravest yet as he continues his push for greater equality and representation in the sport.

As the only driver of colour on the grid, the Brit led pre-race demonstrations, took a knee and wore t-shirts last season in an attempt to help the charge against racism following the death of unarmed black man George Floyd in the USA.

"I would argue that last year was the bravest [season yet]," Hamilton told Sky Sports F1's Rachel Brookes. "For one of the very few people of colour within our sport, to be able to voice out your feelings and be open about experiences you've had, not be sure of the criticism or the backlash that might come from that if it's interpreted the wrong way.

"I'm sure you can empathise as a woman in a male dominated sport. I mean I can only imagine the challenges you have faced and you for sure, will have had to have been quiet when you've taken certain flack or whatever it might have been.

"And now we live in a space where we can be a lot more open about, and no one has the right to tell us to shut up anymore. I think that's super empowering."

When asked if there's not enough compassion in the world, Hamilton believes that more education is needed in an order to bring people together.

"I don't think that we're born without empathy and compassion, it's something that's taught through the whole weird society that we live in today," Hamilton added. "I think it's down to education really. That's where it all needs to change.

"It's harder than ever for kids to grow up, harder than when we were young. However, I think they're more conscious of that impact we're having in the world. Hopefully they're more outspoken, but we've left them a mess."