Hamilton fears Red Bull pace: What can they do when they turn the engine up?

Mercedes' Lewis Hamilton has admitted that he still feels some weaknesses with his W12, and believes Red Bull are yet to show their hand in Austria. 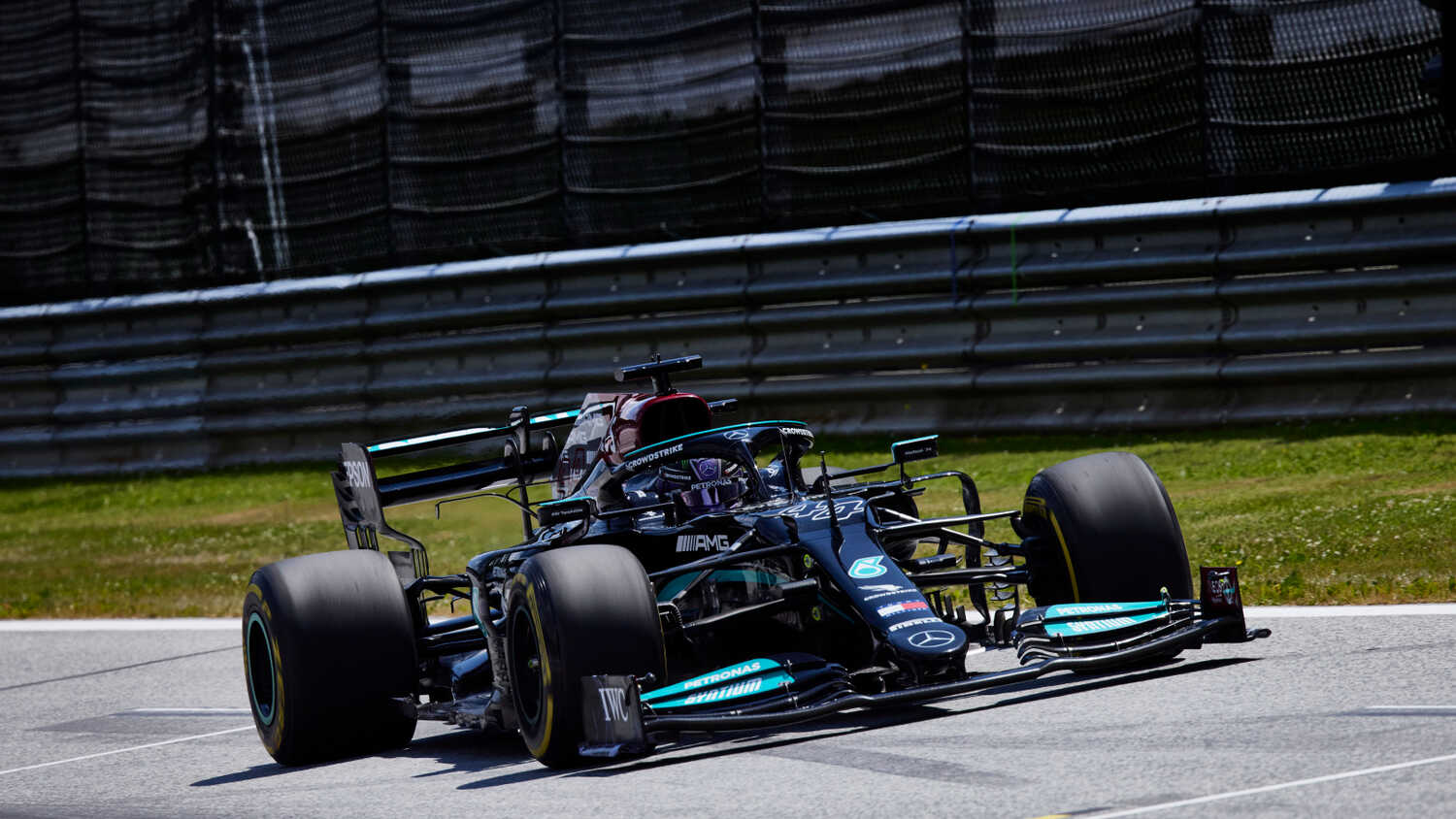 Lewis Hamilton believes Red Bull have still got pace to show, despite Max Verstappen setting the pace comfortable in both practice session on Friday.

With Verstappen quarter of a second clear of everyone in the morning session, the Dutch driver was 0.3 faster than the field in the afternoon, and Hamilton believes the team are yet to show their hand.

"It wasn't feeling too bad, I think it's very close with the whole pack. I think the Red Bulls definitely will be really hard to beat," Hamilton told the media after the day's running.

"I think they've just got the edge, maybe more, we don't know what they're gonna do when they turn that engine up."

With Hamilton finishing the day in fourth place in second practice, almost four tenths away from Verstappen, the reigning Champion explained that the feeling of the W12 wasn't too much to his disliking.

"I didn't really have too many big problems today, happier with where we got the car to," he said.

"I've been working flat out like a week trying to try to understand where I wanted to put the car. And I'm hopeful that the hard work starts paying off soon.

"I think we're a little bit down, obviously, particularly over a single lap, but, generally over the day, the car felt relatively solid, I've got some weaknesses. Losing on the straight a considerable amount so we just got to keep working to try and rectify that."

Asked what steps he can make to try closing the gap to Red Bull, Hamilton pointed out that he had a critically fast lap taken away from him for exceeding track limits during the second session - a lap time that would have rivalled Verstappen's.

"I will do everything I can during the evening to make the right steps in the right direction but generally, just, ekeing most of it out of the car," he said.

"I don't know if it's four tenths gap, we'll see what happens tomorrow. I think one of my laps got taken away and it was a lot closer. Particularly the race pace they were really really strong. They're punching, they're punching some really good punches right now so we just got to have our guards up and make sure we're ready for the return."