Lewis Hamilton says he had a "lonely" drive to his victory at the Qatar GP, as he beat title rival Max Verstappen at the Losail International Circuit. 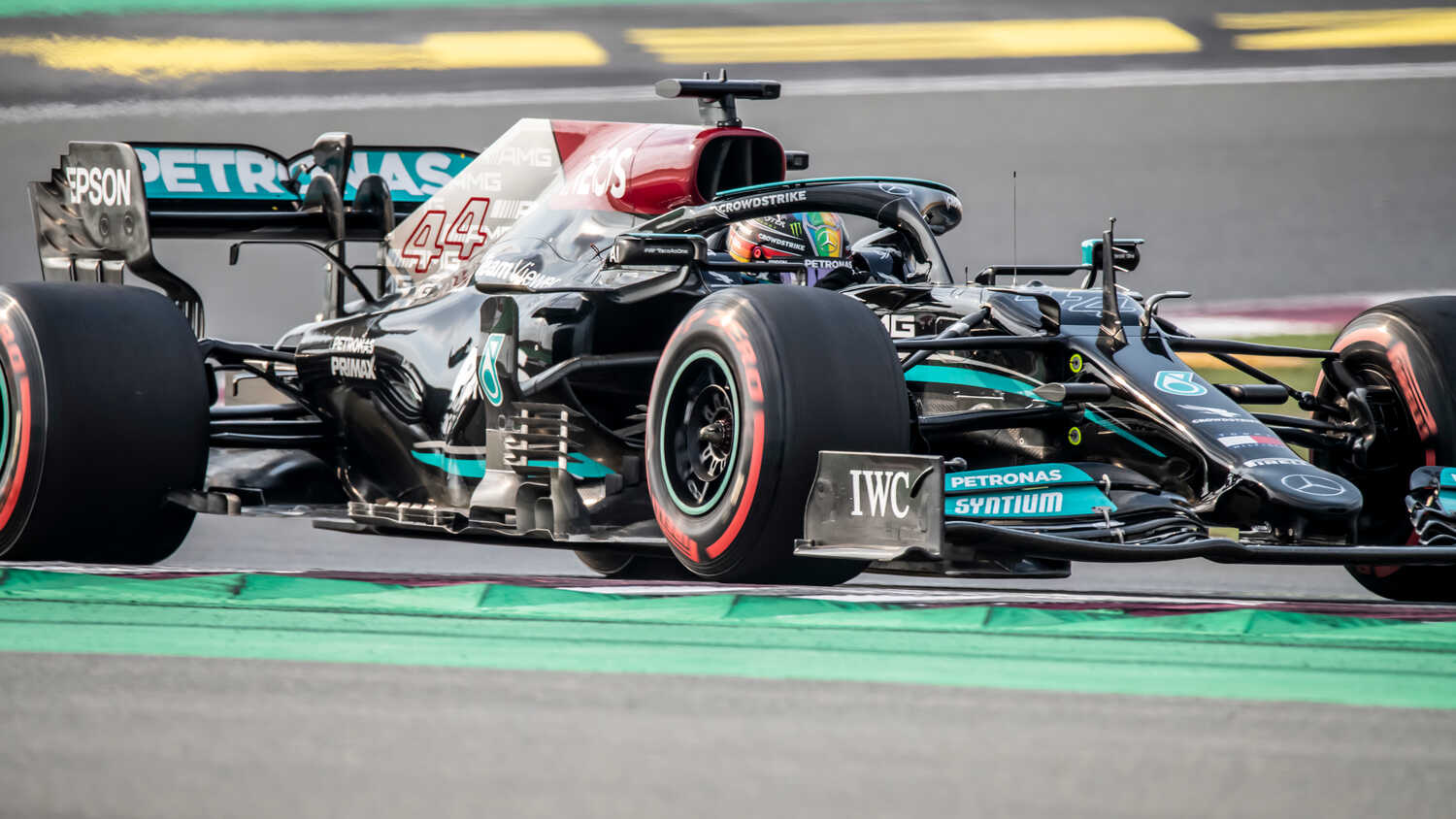 Lewis Hamilton admits his drive to victory at the Qatar Grand Prix was "pretty straightforward", as he led every lap on his way to his seventh win of the season.

Hamilton's win never looked under threat, despite Red Bull's best efforts to force the seven-time World Champion into a two-stop race at the Losail International Circuit.

"Of course, I enjoy those races where you're battling through, but we needed those points today. I think [it was] a real solid job from the team with pit-stops and the car.

"I can't wait to watch the replay of the race to see what happened behind me. I'm not really sure why people's tyres were going - I'm sure it's the kerbs.

"I'm really grateful for the points, it's been a hell of a year. To be at this point in the season and have back-to-back wins is a great, great feeling and puts us in good stead for the next two [events]."

Hamilton's win has cut his deficit to Verstappen to eight points in the Drivers' Championship with two races to go.

Should both drivers finish in the top two in Saudi Arabia and Qatar, Hamilton would have to win both races to win the title.

The Mercedes driver says he's feeling "relaxed" and "fitter than ever" and paid tribute to his trainer Angela Cullen.

"I'm feeling good," added Hamilton. "I'm really, really happy with the car and I feel fitter than I've ever felt, so that's a positive.

"Big thanks to Angela, she's helping me train and keeping me on my toes. [My] recovery has been great, so bring on the next two!"