Hamilton accepts defeat: There was nothing we could do

Lewis Hamilton is grateful that he was able to finish the Mexican Grand Prix in second. The Mercedes driver admitted after the race there was little he could do to match Max Verstappen's pace. 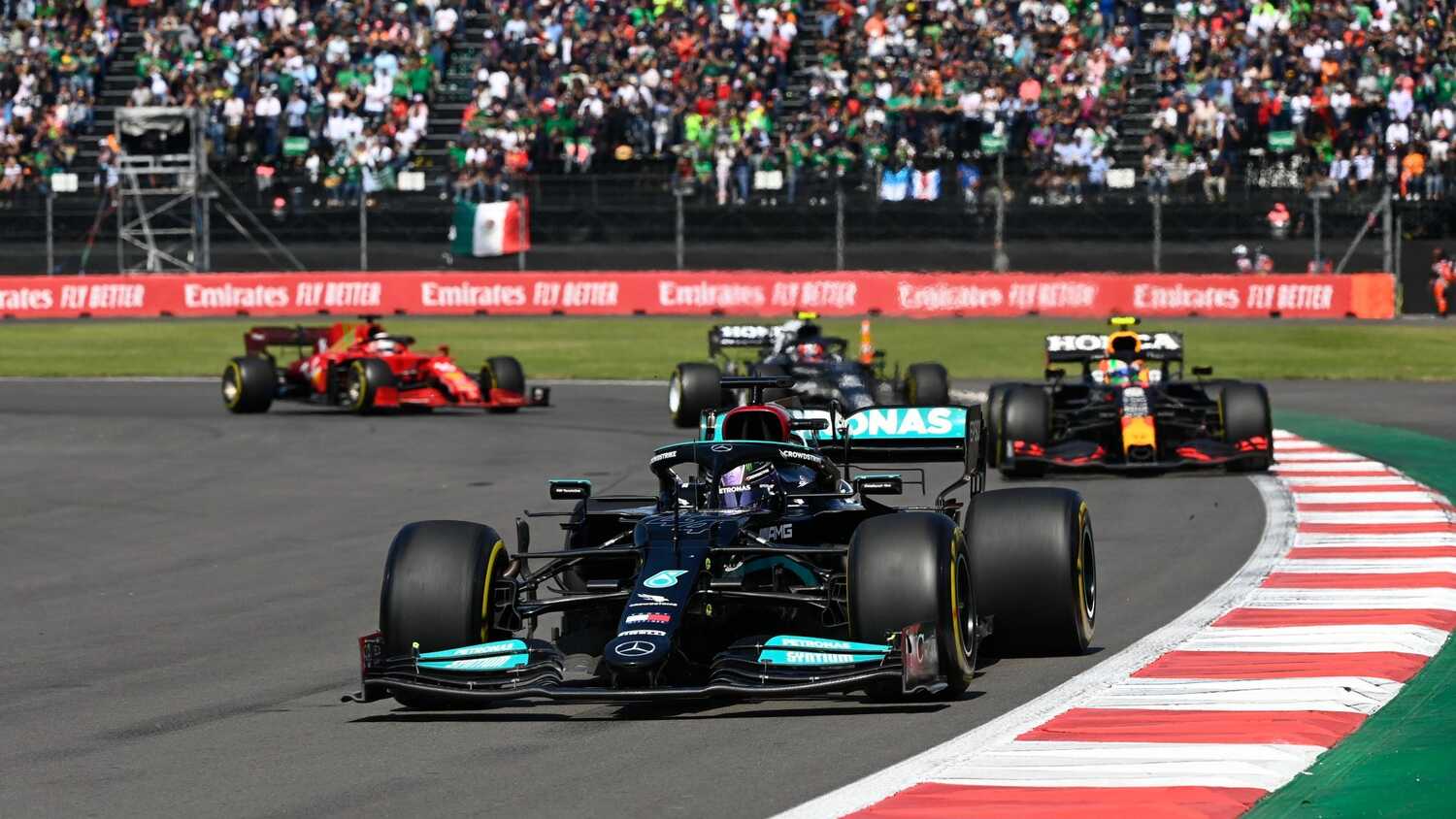 Lewis Hamilton says there was little Mercedes could do to stop Red Bull's Max Verstappen from taking victory in Mexico after crossing the line a distant second.

Verstappen took the lead at Turn 1 and didn't look back from there, extending his lead in the World Championship to 19 points.

Hamilton was grateful to minimise the damage as best he could by finishing second, and he admitted after the race that Red Bull were simply too strong in Mexico.

"Firstly, congratulations to Max," said Hamilton. "That car was far superior this weekend, and there's nothing we could really do about it.

"I gave it absolutely everything, and [it was] obviously a great fight with Sergio [Perez] at the end, but I'm really grateful I was able to at least get second."

Hamilton had to hold off a late charge from Perez, as the Mexican made a push for second in front of his home fans. Although the gap came down to under a second at some points, Hamilton says it wasn't too difficult to keep him at bay.

He added: "I've had that many times before, it was easy to hold on. It just shows how fast their car was.

"Sergio was close behind me, and he was able to follow closely. He did a great job, so he was applying that pressure, and he just kept going."