Pierre Gasly shone once again as he secured fourth on the grid for the Qatar GP, despite suffering a dramatic puncture on his final qualifying lap. 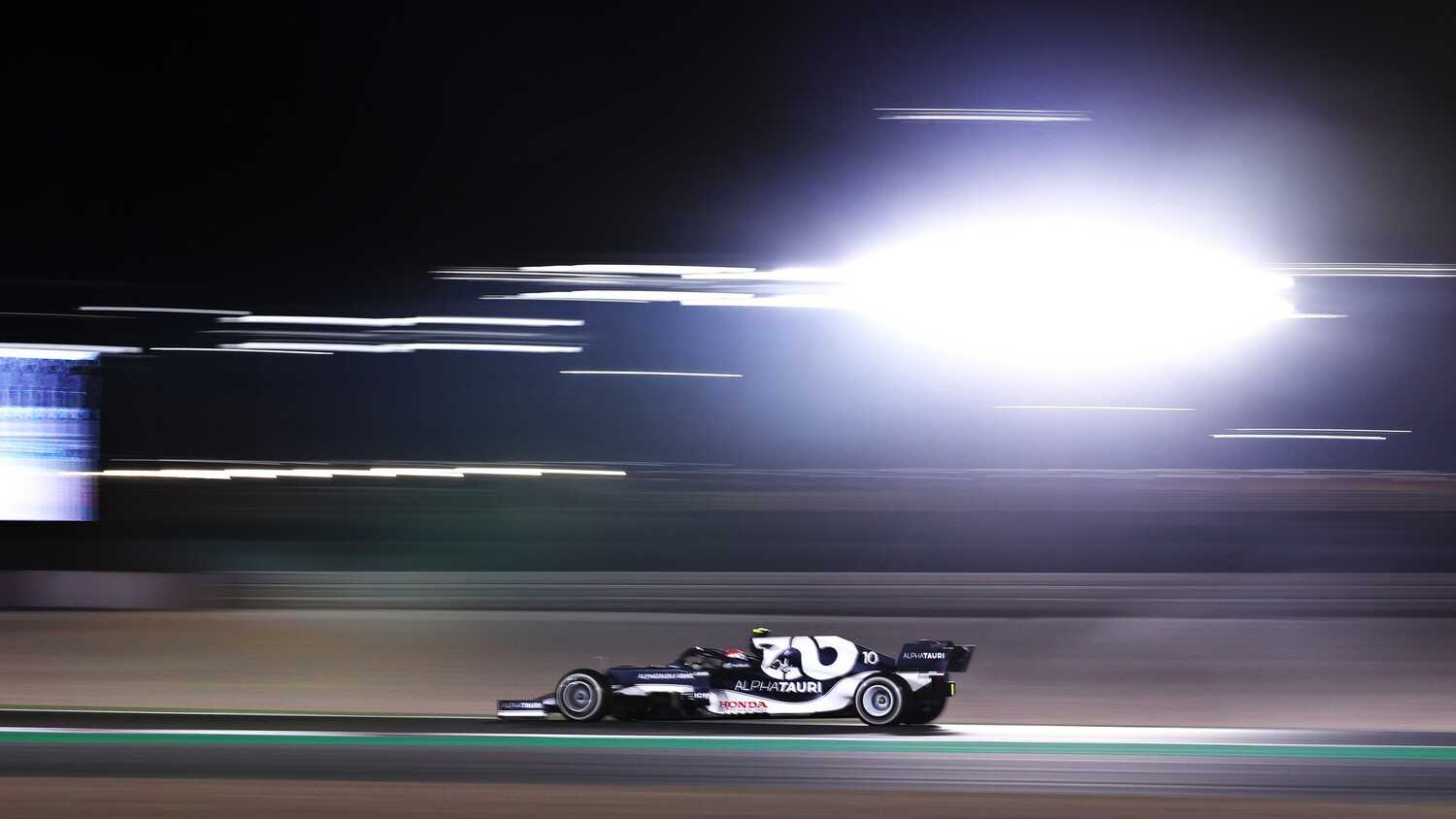 Pierre Gasly converted his strong practice form to qualify an impressive fourth on the grid for the Qatar Grand Prix, behind only Mercedes and Red Bull cars, even after a puncture ruined his final effort.

Having ended Friday's running at the Losail International Circuit as the second-fastest man, AlphaTauri driver Gasly trailed only Lewis Hamilton, Max Verstappen and Valtteri Bottas in the grid-deciding session.

That was despite him suffering a sudden puncture on his last lap in Q3, after he clattered over the kerbs, putting an end to a lap that he felt could have put him even closer to the top three positions.

Gasly was disappointed to miss out on an improvement, but nonetheless hailed an "amazing" result for himself and the team.

"It's a shame, the lap was coming [along] amazingly," said Gasly. "We finished P4, but I was another tenth and a half faster in my last lap.

"Unexpected fireworks [were] coming out of the car, but what is most important is the whole qualifying was amazing, and to finish behind the top two teams is just amazing."

"We have plenty of tyres!"

Gasly made the call to progress from Q2 on the Soft tyre, meaning he will start the race on the most aggressive compound, while most of those directly around him line up with the harder Medium rubber.

"After last night, we looked at all the numbers and I was really clear in which tyre I wanted to use in Q2," he explained.

"Until Turn 1, it's a pretty long straight, so I really wanted to maximise the start performance. For me, it was clear to start with [the Soft tyre]. It gives us flexibility in the race with the tyres.

"We have plenty of tyres, so that's the main thing!"