Timo Glock says Lewis Hamilton knows how to hide the fact that he is feeling under pressure in the World Championship hunt. 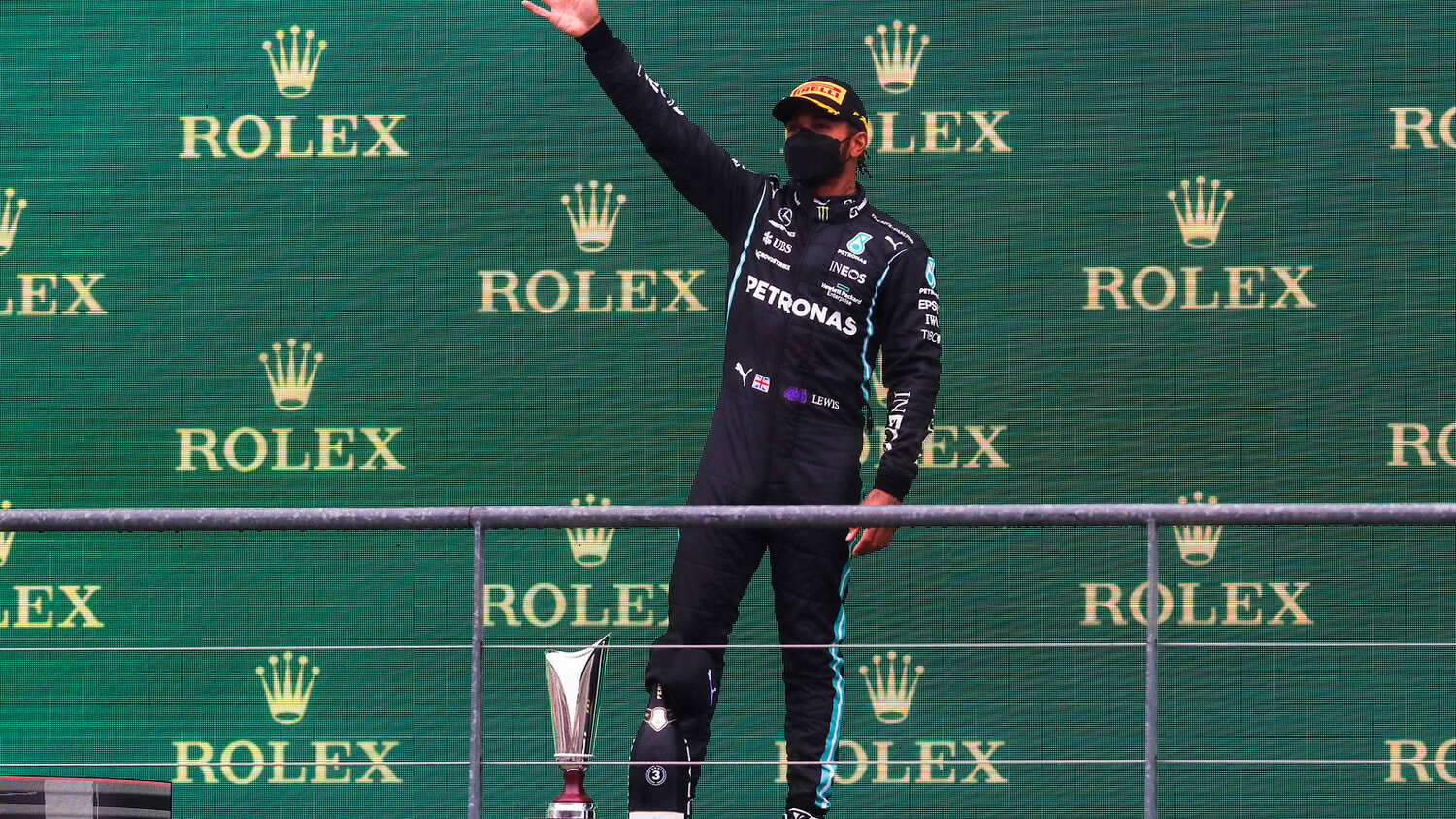 Former F1 driver turned TV pundit Timo Glock believes that Lewis Hamilton is an expert at hiding the fact that he is feeling the pressure from Max Verstappen in the Drivers' Championship.

Hamilton currently trails Verstappen by six points with six races remaining in the championship and has, externally at least, appeared cool and calm during interviews and TV appearances.

However, Glock reckons Hamilton is just an expert at disguising the pressure and that his on-track driving shows that he is genuinely feeling the intensity of the fight.

"Lewis never shows on the outside that he has pressure," Glock told Germany's Sport1.

"He knows very well how to come across as calm. Of course, he also knows that when he puts on his helmet, it all depends. But he has found a way to appear relaxed and cool."

Glock also praised Verstappen for managing the pressure of the fight well, given that it's the young Dutchman's first proper title tilt.

"For me, he has made a huge leap, he has become much more relaxed, much more controlled in many ways."

Glock previously said that Verstappen would likely have engaged Hamilton in a physical fight had their Monza collision happened two years ago, and reiterated his belief that Verstappen is now a much calmer customer this year.

Glock added: "Two years ago, in a situation like the crash in Monza, he probably would have opened Lewis' helmet and punched him. Now he leaves him on and thinks to himself: 'See how you get out of this'."

With six races remaining, all gloves are off in the title fight, and Glock said he's anticipating a tremendous showdown to the season.

"It doesn't get any better than this," he said.

"I am very curious to see who will have more staying power in the end. Whoever can keep the error rate as low as possible, because that's what will matter in the end – also for the teams.

"To see Mercedes finally under pressure from Red Bull is something. Before, they always had a cushion. Then you can afford to make a mistake. They can't do that now."