Mattia Binotto feels that Formula 1 should think about having teams pay for accident damage if a driver is deemed at fault. 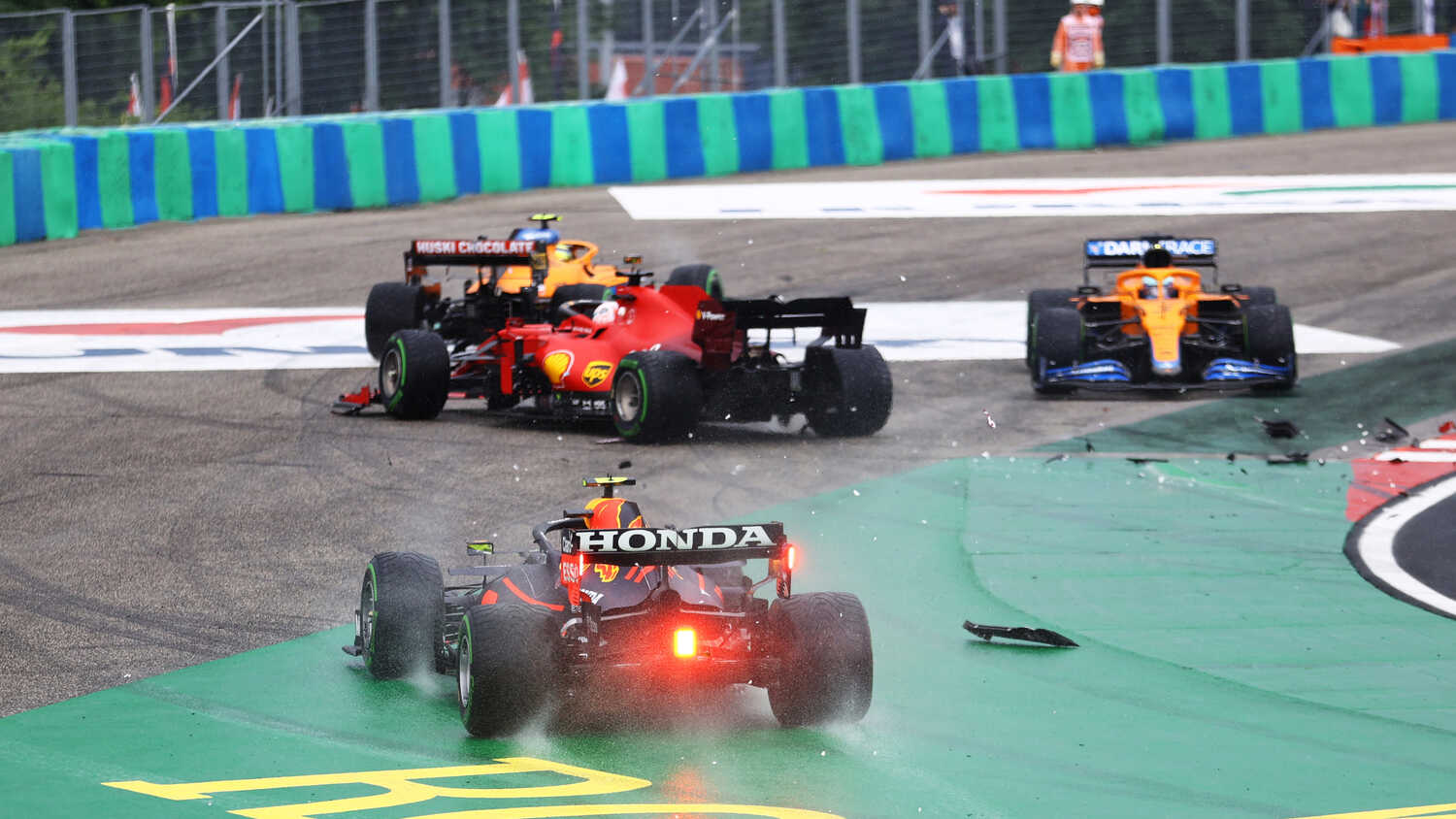 Ferrari team principal Mattia Binotto believes the team of a driver who is at fault for an accident should have to pay for the crash damage to other cars.

Charles Leclerc was taken out by Lance Stroll at the Hungarian Grand Prix and his engine is irreparable, with the Monegasque driver highly likely to take grid penalties later in the 2021 Formula 1 season.

"I think there is value for discussions in the near future with the other team principals, FIA and F1," Binotto told RacingNews365.com and other members of the press.

"It was the case in Hungary and the case in Silverstone with the crash between Max [Verstappen and Lewis [Hamilton]. Obviously if you're not guilty, having such damage in the budget cap is something which is even more of a consequence now.

"Should we add exemptions? I'm not sure that's the solution. I think it may be very difficult to be policed. But I think that what we may consider is that if a driver is at fault, the team of the driver should pay at least to the other teams for the damages and repairs. That will make the drivers more responsible."

Red Bull boss Christian Horner brought up the topic due to Verstappen and Sergio Perez suffering damage on Sunday with the Dutch driver's car also having to be rebuilt following his big crash at Silverstone. Horner says the implications of the cost cap should not be underestimated.

"You've got to look at what's within the [budget] cap," added Horner. "It's spare parts, and it's the engines as well, that are particularly concerning so I think we need as to revisit this with the FIA. Ultimately it's something that can affect all teams, not just not just Red Bull."